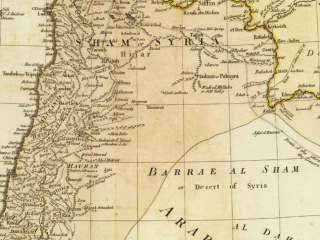 It is more than a bit ironique that France has proposed to host a major conference on Israeli-Palestinian peace on May 30, exactly one hundred years to the month after it agreed to the Sykes-Picot Agreement with the United Kingdom.

Sykes-Picot, an act of secret diplomacy and geopolitical calculation, saw Paris and London agree to protectorates over a future Arab state or states in the event of an Ottoman defeat in the First World War.

If France wishes to avoid the imperial legacy of Sykes-Picot, it should commit to treating the key players in the Israeli-Palestinian dispute (Israel, as the nation-state of the Jewish people, and the Palestine Liberation Organization, the self-determination movement of the Palestinian people) as juridical equals. It should make clear that Israel and the PLO alone are responsible for their destinies—and that France does not view them as pawns to be disposed of from afar, even if it has decided not to invite either of them to Paris.

There are three concrete steps that France can take in this direction in the lead-up to its proposed conference.

If one proceeds on the basis that the Israeli-Palestinian dispute is, at least in part, a conflict of self-determination movements, evenhandedness would also require France to call upon Arab states to amend the 2004 Arab Charter on Human Rights. This treaty, which the Palestinians have signed on to, expressly calls for the elimination of Zionism. It makes little sense for France to expend considerable diplomatic capital hosting a peace conference for states that are committed to the destruction of Jewish self-determination.

Second, France should avoid bandying about the seductive yet staid mantra of a “two-state solution.” For too long, the international community’s all-too-eager embrace of this talisman has been matched only by the inability of Israel and the PLO to reach a final settlement (along these lines or any other). History does not suggest that the rote repetition of this phrase has brought the “two-state solution” any closer.

Indeed, there is no obvious, predetermined correlation between the recognition of Jewish and Palestinian self-determination and a “two-state solution.” While the idea of partition of what was then the Palestine Mandate (west of the Jordan River) first appeared in 1937 and resurfaced again in 1947, consistent Arab rejection of it ensured that a “two-state solution” remained off the international agenda until it was resurrected again rather recently. It may be useful to reexamine other models that could potentially satisfy Jewish and Palestinian self-determination.

The so-called “Jordanian option,” for example, acknowledges that the majority of Arabs in present-day Jordan and the West Bank are Palestinian. One can imagine some form of confederation between a Palestinian entity in the West Bank and the Hashemite Kingdom in Amman that could satisfy Palestinian self-determination. Indeed, many today are likely unaware that U.S. President Ronald Reagan proposed this in 1982, and that Jordan and the PLO signed an agreement along these general lines three years later.

A third and final suggestion for France relates to the use of language. Words do not create reality, but they can inform our understanding of it, and often in very powerful ways. This is particularly the case for political language, which George Orwell perceived as “designed to make lies sound truthful and murder respectable, and to give an appearance of solidity to pure wind.”

Here, a concern for balance should lead France to refer to the territories under dispute between Israel and the PLO as just that, namely “disputed territories.” “Palestine” does not exist on the ground in the West Bank, except as an aspiration of the PLO. And history suggests that when “Palestine” did exist (on both banks of the Jordan), it was as a League of Nations mandate, a juridical construct that was to develop into “a national home for the Jewish people” and that did not acknowledge national rights for Palestinian Arabs.

A sense of noblesse oblige might explain France’s decision to host an Israeli-Palestinian peace conference later this month. But it should remember that scripted settlement terms, imposed upon others from afar, are rarely well-received.