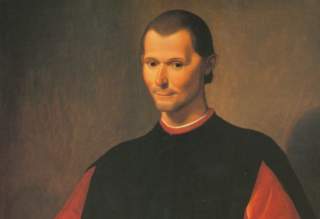 In his recent book, World Order, Henry Kissinger refers to the ancient Indian treatise, the Arthashastra, as a work that lays out the requirements of power, which is the “dominant reality” in politics. For Kissinger, the Arthashastra contained a realist vision of politics long before the Prince, which Kissinger deems “a combination of Machiavelli and Clausewitz.” Meanwhile, the German sociologist Max Weber once called it “truly radical ‘Machiavellianism’ . . . compared to it, Machiavelli’s The Prince is harmless.”

The Arthashastra is indeed a masterpiece of statecraft, diplomacy, and strategy and is an example of non-Western literature that should be read as part of the “realist” canon. Its prescriptions are especially relevant for foreign policy today.

Although the Arthashastra is ostensibly authored by Kautilya (“crooked”), most scholars agree that Kautilya was a pen name of the ancient Indian minister Chanakya. Chanakya was the minister to Chandragupta Maurya, founder of the Mauryan Empire, which emerged in an environment resembling a Westphalian Europe of many states that encompassed most of present day South Asia. In his role as minister, Chanakya was said to have played a leading role in assembling and administering this large empire. In the Arthashastra, he compiles his observations of statecraft based on this experience.

Kautilya’s Arthashastra is a prescriptive text that lays out rules and norms for successfully running a state and conducting international relations. Like Sunzi’s Art of War, the Arthashastra abounds in generalities and is not descriptive of specific, historical events or battles. In this way, Kautilya sought to make the text useful and relevant in a variety of situations, across eras, a sort of “textbook for kings.”

The Arthashastra belongs to a class of ancient Hindu texts called shastras, which lay out general rules for a variety of subjects, such as architecture, alchemy, astronomy, and pleasure. The term Arthashastra itself means rules or norms of artha, a concept translated as “means of life” or “worldly success.” Like The Prince, then, Arthashastra is a guide for rulers on how to successfully govern a state.

The text of the Arthashastra is divided into fifteen books that discuss a variety of military, political and economic subjects. The underlying basis of the Arthashastra’s prescriptions is the notion that reasons of state justify various actions and policies regardless of ethical norms, a view shared by Machiavelli’s The Prince. Pragmatism and utility are thus of key importance to Kautilya. For example, the Arthashastra suggests that a king ought to fake divine miracles at state temples, so as to increase his revenue from pilgrimages. This is despite the fact that Kautilya himself was a Brahmin, or a member of Hinduism’s priestly caste.

Some of the Arthashastra’s most timeless observations are on international relations and foreign policy, found mostly in books seven, eleven, and twelve. Kautilya lays out a theory of the international system called the “circle of states,” or rajamandala. According to this theory, hostile states are those that border the ruler’s state, forming a circle around it. In turn, states that surround this set of hostile states form another circle around the circle of hostile states. This second circle of states can be considered the natural allies of the ruler’s state against the hostile states that lie between them. Put more succinctly, “the enemy of my enemy is my friend.” Elements of this logic are found in India’s foreign policy today, which sees states such as Japan and Afghanistan as natural allies against China and Pakistan, respectively.

The idea of the rajamandala also holds that relations between two contingent states will generally be tense, a fact that was definitely true of many regions, such as Europe, until fairly recently (this does not preclude the possibility of a neighbor being friendly or a vassal). This idea may explain the perception among India’s smaller South Asian neighbors that India is an overbearing and dominating neighbor.

The theory of a circle of states entails that every ruler within an international system will find his (or her) state at the center of its own circle of states. This ruler is described as a vijigishu, or would-be conqueror, whose power ought to gradually radiate into ever more distant circles. According to Kautilya’s view of human nature, “the possession of power and happiness in a greater degree makes a king superior to another; in a lesser degree, inferior, and in equal degree, equal. Hence, a king shall always endeavor to augment his power and elevate his happiness.” Thus, according to Kautilya, a ruler will always try to increase his (or her) power and territory to the greatest extent possible. Such a viewpoint is similar to offensive realism in International Relations theory, which depicts states as being power maximizers (although suggesting the drive for power is rooted in human nature is consistent with the kind of Classical Realism Kissinger is associated with). The ultimate strategy of a state is not to maintain a balance of power between states but to overcome this equilibrium in order to establish stability through hegemony.

Nonetheless, in the Arthashastra, the cardinal virtue is realpolitik, which emphasizes the state’s self-interests and security above all else. This necessities policies and attitudes that subject the ultimate objective of a state—to maximize power—to temporary objectives such as the creation of various alliances, coalitions, and balances of power. This viewpoint fits with the idea that states only have permanent interests, and will do whatever necessary to pursue these interests. The attainment of these possibilities is a practical necessity and is the subject of Kautilya’s discussion on foreign policy.

The Arthashastra speaks at significant length on the policies necessary to secure the goals of the state. There are several guiding principles that govern Kautilya’s views on foreign policy. These include: a ruler ought to develop his state by augmenting and exploiting its resources and power, the state ought to try and eliminate enemy states, those who help in this objective are friends, a state ought to stick to a prudent course, a ruler’s behavior must appear just, and peace is preferable to war in attaining a goal.

Under the framework of these principles, the Arthashastra describes six methods of foreign policy, all of which are designed to enhance the power of one’s state relative to other states and, if possible, to conquer or dominate them. These six methods are interdependent but can variously be used as the circumstances dictate.

1. Making Peace (samdhi). Kautilya describes this method as one in which a state enters into an agreement with specific conditions for a period of time. This method is to be used when a state is in relative decline compared to other states. For example, the states that fought against Napoleon entered into various coalitions in order to defeat him. However, this did not necessarily entail cooperation after Waterloo. The Western allies and the Soviet Union likewise entered into an agreement to defeat Nazi Germany, but their partnership dissolved after that goal was achieved.

2. Waging War (vigraha). This strategy occurs when a state is more powerful than another state and can defeat it through military strength, strategy, tactics, or internal conditions in the enemy’s country. Countless examples of this abound throughout human history.

3. Doing Nothing (asana). This method is used when there is nothing to be gained from either waging war or establishing a treaty with another state. It could also be a state of prolonged waiting in order to take into account the circumstances at hand before making a policy decision. Consider, for example, Japan’s alleged period of isolation during the Tokugawa Era. While often described as a period of isolation, Japanese rulers during this time observed the changing world order around them and determined it was best to not get actively involved in hostilities or treaties with foreign powers during this time.

4. Preparing for War (yana). This method requires building up one’s forces. This could entail intimidating the enemy or forcing them to use resources in order to build up their own forces. However, if not done right, mobilization and preparation of war could lead to the ruin of one’s own country. American military build-ups during the 1980s hurt the Soviet economy. Germany relatively rapid mobilization during World War I compared to the speed of France and Russia’s mobilization gave Germany an initial advantage on the battlefield.

5. Seeking Protection (samsraya). This strategy essentially entails bandwagoning with a stronger state for one’s own security. Various small states in Europe, for example, derive security from allying with the United States.

6. Dual Policy/Alliances (dvaidhibhava). This strategy deals with multiple states at once, by binding some together with one’s own state in an alliance to fight enemy states. For example, a British alliance with France and Russia before the First World War allowed it to stave off hostilities with these states while containing Germany.