A Changed and Changing Japan 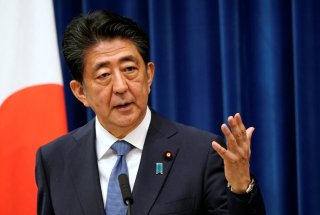 The recent assassination of former Japanese prime minister Shinzo Abe shocked Japan and its allies, but also highlighted the degree to which Japan’s position in the region and world has changed since Abe’s first premiership began in 2006. Upper house parliamentary elections in the wake of the assassination have given the ruling party a wide margin and the chance to revise Japan’s pacifist constitution. What is next for the political-military evolution of Japan, how are sanctions, military lessons, and economic pressure stemming from Ukraine changing East Asia, and what role will Japan play in the competition with China?

The Center for the National Interest invited two distinguished experts to discuss this issue.

Stephen Yates is the chair of the new China Policy Initiative at the America First Policy Institute. He previously served as president of Radio Free Asia and professor in the practice of international business and politics at Boise State University. Yates served in the White House as deputy national security advisor to the Vice President from 2001 through 2005. A fluent Mandarin speaker, Yates was previously a senior policy analyst at the Heritage Foundation and an analyst at the National Security Agency.

Christian Whiton, a senior fellow at the Center for the National Interest, moderated the event.