Changing of the Guard: Where Taiwan Goes After President Ma 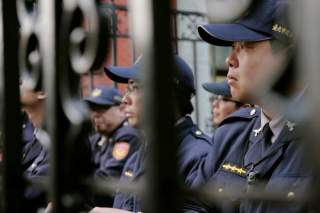 Third, the calibration of Ma’s presidential discourse, with its emphasis on Chinese identity has positioned him on the margins of a significant trend in public opinion. Through his tenure, the proportion of Taiwanese people identifying as “Taiwanese only” increased from 45 percent to 60 percent. President Ma’s frequent references to his and Taiwan’s Chinese origins illustrate a personal commitment to the idea of the centrality of Chinese nation to Taiwan that is incompatible with the lived reality and national identity preferences of a majority of Taiwanese. Despite instrumentally appealing to a sense of Taiwanese identity during his election campaigns Ma has increasingly identified with the Chinese nation, disregarding the specificities of Taiwan’s contemporary experience. By returning the KMT to its roots as the party of Chinese nationalism, and moving it away from a centrist position with broad instrumental appeal, Ma must take responsibility for seriously diminishing the party’s electoral prospects in the near-to-mid-term.

President Ma has made huge strides compared to his predecessors in terms of the tone of cross-strait relations. The institutionalization of cross-strait interactions fostered by Ma’s China policy is impressive and he has overseen a substantial increase in trade and the economic value of cross-strait interactions. On the other hand, Taiwanese society is more unequal, with a greater sense of widespread relative deprivation than ever before. Taiwan’s dependence and exposure to the Chinese economy is greater than at any point in history, with concomitant vulnerabilities for Taiwan’s national security.

The processes that Ma has initiated will to a certain extent lock-in his successors. Acceptance of the “1992 Consensus” has solidified as a necessary condition for cooperation with China. The momentum in economic interactions is such that no matter the policy preferences of the next president, Taiwan will be unable to halt the pull of economic forces. And as China’s global influence continues to grow, Taiwan’s next leaders will have to balance domestic constraints with the reality of China’s preferences and power.

Jonathan Sullivan is Associate Professor and Director of Research at the School of Contemporary Chinese Studies, University of Nottingham.