Childcare Crisis: How Parents Can Persevere During the Coronavirus Pandemic 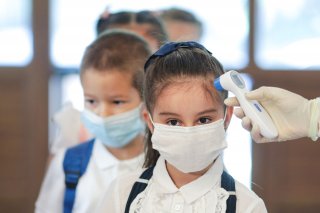 The Federal registry posted for comments, a change in regulations: “The Office of Personnel Management is issuing an interim final rule to implement the Federal Employee Paid Leave Act, which provides 12 weeks of paid parental leave to certain Federal employees covered by the Family and Medical Leave Act (FMLA).” The regulation to take effect on Oct. 1. There is much to be said in favor of such a leave, however Congress should extend it to all Americans, whoever their employer. Many other industrial nations do. Millions of Americans must tend to their children while working outside their home, while schools and child care centers are closed. Paid leave would provide then an opportunity to work things out.

The Family and Medical Leave Act, enacted in 1993, created workplace protections and granted twelve weeks of leave to working families—but without pay. It should guarantee twelve weeks of paid family and sick leave. However, even such a law will not suffice because what are parents to do, if they must work outside the household after twelve weeks, or—if they work at home but need, at the same time, to attend to young children? According to a report in the Wall Street Journal, some 4.3 million Americans may well be forced to quit their jobs for this reason. Suggestions for providing tax credits to low-income and middle-class families to help pay for child care—are commendable, but of little use, if these centers are closed. Congress should consider providing this kind of assistance for parent pods, in which several families chose one family among them that tends to the children until the pandemic is under control.

One might expect wide public support for paid parental leave, especially during the pandemic. However, as the New York Times reports, when such leave was recently provided by several tech companies, childless employees complained that they were unfairly treated. At companies such as Facebook and Twitter, theses employees argued that as a result of the extra leave, they were saddled with a much heavier workload. “A few wrote openly about how isolated they felt, living alone and not seeing anyone for weeks at a time. The company, they said, seemed less concerned about their needs.”  Others elaborated that their need to exercise extensively is essential to their mental health. Still, others pointed out that they have urgent needs of their own, such as seeing their tax attorney or moving to a new house.

In response, some tech companies offered new benefits. Facebook announced that all employees could take up to three days to cope with physical or mental health issues without a doctor’s note. It also provided thirty days of paid emergency leave for all employees if a family member falls ill. It surely would be helpful if other corporations would provide such benefits.

One must, though, note that children do deserve a special status. Those who are childless should note that children of others will enable them to retire. Societies assume that the next generation will work, pay into Social Security, and provide the healthcare and nursing staff that the aging generation requires. When birthrate falls and society’s population ages, financing and staffing eldercare run into ever great difficulties. The same holds for taking care of elders at home, a place most prefer to spend the end of their lives.

Nor can one ignore that parents (especially single parents) are due more help than other people, maybe with the exception to someone who has a parent with a terminal illness like Alzheimer’s disease. Having raised five sons, I like to share a line I tell couples who are expecting their first child: children are much more work and much more joy than anyone who does not have them can comprehend.  For those who have not been there, children are very labor-intensive. No wonder in earlier generations, and in some parts even today, extended families are mobilized to share the burden. Children need to be kept safe, get sick often, need interaction and attention and endless expressions of love, even from non-helicoptering parents. And even then, some of them will pose heartbreaking challenges, which if not attended to by the families, end up ramping up public costs.  Parents deserve special consideration.