China’s Coronavirus Play in the Americas 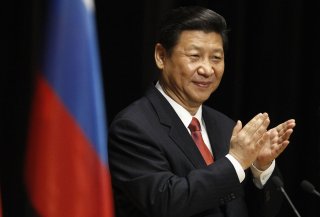 As coronavirus overtakes the Americas, evidence is accumulating that China is taking advantage of increasingly desperate circumstances to enhance its regional position in support of broader global ambitions. It may seem the height of opportunism or even cynicism but China’s actions in the midst of the current crisis build on years of patient investment across a full spectrum of activities. From capital expenditures to media and messaging to technological capabilities to people-to-people exchanges, China is leveraging new facts on the ground that will bear directly on the conduct of regional affairs long after the pandemic subsides.

Despite the wishes of some observers, anticipation that China might seek to “rescue” Latin America and the Caribbean from the worst impacts of the virus through trade, aid, or investment, which fundamentally misses the point. China’s own growth is now negative for the first time in almost thirty years, impacting its appetite for foreign trade and investment. Nonetheless, to the extent China can contribute to hemispheric resiliency in the face of the crisis, while reaping the reward of enhanced product sales and gaining the goodwill that comes with public acknowledgement of assistance, Beijing is all too happy to oblige. Indeed, donations of protective gear and equipment have already occurred with fanfare, and additional donations will surely arrive. There may also be splashy announcements of financial assistance and debt forbearance.

But all of this is “small ball.” China is playing a longer and much larger game, working diligently to change the narrative regarding its interests, intentions, and methods. It seeks to establish a benign equivalency between the Chinese communist system and liberal democratic governance worldwide by creating confusion and doubt about democratic practices. The implications of such an outcome are significant: if successful, the Chinese Communist Party will have won a strategic victory over the West without firing a shot. Coronavirus provides an opportunity to accelerate the timeline.

Emerging markets are a key to Beijing’s success. Even as Washington seeks to build support for the idea of the United States as the “preferred” partner for emerging markets, thus establishing a firewall to the expansion of Chinese influence, China now seeks to use the coronavirus crisis to blunt and undercut such claims. It is obfuscating its own role in enabling the gathering crisis at the end of 2019 and beginning of 2020, while shifting blame and focusing significant resources highlighting the difficulties of the G7 nations to control the virus and amplifying the message globally. Beijing has undoubtedly been helped by others’ missteps, particularly the United States, which have enhanced the effectiveness of the pre-existing strategy.

With the West reeling, Beijing is promoting the idea that China has conquered the virus and now, ironically, it is time to save the world. It is doing so utilizing the platforms, partnerships, and procedures it has spent the last two decades developing. Of course, it is impossible to know whether China really has conquered the virus, given a lack of transparency and independent verification of Chinese claims. But if pragmatic results can be delivered by media blackouts, scientific censorship, mass deployment of highly intrusive surveillance technologies, and dominance by the party leadership of all aspects of citizens’ lives, among other things, and democratic governance cannot guarantee similar results, then the people of Latin America and the Caribbean should at least be open to the idea that working with China and importing some of its methods is a sensible alternative to chaos. Or at least that is the argument. And once its system is broadly accepted on equal terms across the Americas, China’s strategic global standing will be dramatically enhanced.

There is a regional silver lining: the crisis has exposed a U.S. overreliance on supply chains emanating from China, and it has also exposed a regional overreliance on China as an export market. Supply chains will have to shift, and Latin American and Caribbean nations are well-positioned to benefit. In these circumstances, mutual interest would appear to dictate reconsideration of a robust economic integration agenda among willing partners in the Americas. The Trans-Pacific Partnership was one such attempt; the Free Trade Area of the Americas was another. Both have been cast aside by history. But that’s no reason not to consider new economic approaches for different times. Other steps must be considered as well, including a general posture toward the region defined more by the active pursuit of mutual opportunity than by perceptions of threat, or indifference.

The United States may generally be the preferred partner, but as the coronavirus takes a greater toll across the Americas, and the region looks for help from wherever it might be found, Washington must contend for influence in ways it has not previously had to do. The coronavirus is giving Latin America and the Caribbean a reason to reconsider the relative value proposition of its partners, building on the foundation that China has been working diligently and patiently for years to lay. In time, the current crisis will pass. The competition for hemispheric influence will remain.