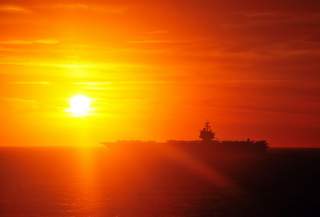 Nonetheless, for special interests inside the Chinese party-state bureaucracy, the South China Sea has become a giant political piñata. They simply have to whack the issue from time to time to provoke another stream of subsidies from on high. Chinese policy in the Sea is less likely to be the result of a considered summation of reasoned arguments than the unpredictable result of an agglomeration of lobbying campaigns. When they work together, the power of these interest groups is immense: they can sway Communist Party policy to their advantage. One thing they can all agree on, whether for reasons of nationalism, security, profit or jobs, is that China must have access to the resources of the South China Sea.

Too many commentators have been taken in by China's propaganda efforts. The myth of Beijing's inscrutable invincibility is taking root in the op-ed pages of too many news outlets. The result is that even when China blunders, it’s assumed to be simply a cover for a more sophisticated and nefarious plot. It’s time to dispel the myth and see Beijing's blunders for what they really are. At the moment, cockup is a better guide to China’s moves in the South China Sea than conspiracy.

Bill Hayton is the author of The South China Sea: the struggle for power in Asia to be published by Yale University Press shortly.