China’s Hybrid-War Against India Could Foment Unrest in Kashmir 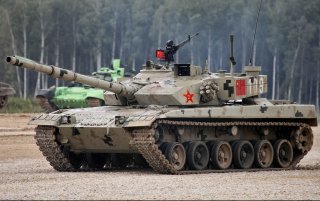 After a nine-month-long stand-off and nine rounds of border talks, India and China agreed for a “synchronized disengagement” in the Pangong Tso region through a “phased, verifiable and coordinated” procedure. India’s robust force posture and resilience manifest in its rapid deployment of nearly 60,000 troops, and its firm diplomacy made a severe dent in Chinese morale. Chinese aggression amidst India’s coronavirus crisis not only failed to produce Beijing’s desired territorial acquisition and to show India as a subservient and weak regional power, but also generated massive global outrage against China at a global level. This has served to strengthen the Quad alliance (India, Japan, Australia, and the United States) against China making its further rise much thornier. Hence, Beijing’s only viable option was to send a positive strategic message to the Biden administration and retrieve its lost goodwill.

However, after successive setbacks in Doklam (2017) and Pangong Tso (2020), China has learned its lesson that New Delhi cannot be forcefully dissuaded from strengthening its ties with the United States and other Quad countries and from exercising its strategic autonomy in Jammu, Kashmir, and Ladakh. In particular, the losses of forty-five soldiers (120 according to Western sources) and the strategic Kailash heights made China understand its limitations in a purely conventional military engagement with India. That said, in the future, China is likely to use mixed strategies of grey zone warfare, electronic warfare, and massive influence operations against India.

Lately, there has been ample discussion on India having to face a two-front war and the paradigm shift in India’s strategic focus from its western borders to its northern frontiers. However, amidst such deliberations, India’s strategic experts are losing sight of India’s most vulnerable Achilles’ heel, which lies in the restive Kashmir region, where China is likely to experiment with its mixed strategies to constrain India’s options, morale, and abilities. The Kashmir valley has been in turmoil for the last three decades. During this time, it has witnessed a violent anti-India jihadist movement in a social-political milieu that is overwhelmingly radicalized on religious lines and has a strong Pakistani intelligence footprint. The region is also highly resentful towards India.

Imagine a situation in which India faces two-front aggression and China and Pakistan cooperate in orchestrating large-scale social unrest in the Kashmir valley. India’s adversaries could significantly slow and hinder the movement of Indian security forces as all the road routes to the Chinese and Pakistani borders pass through the Kashmir valley. In the recent stand-off with China, India could mobilize such a massive deployment because there was no local resistance hindering the movement of Indian Army convoys on newly-built road infrastructure. This rapid mirror deployment ultimately compelled China to reconsider its offensive strategy and agree to disengage.

However, if the local population turns rebellious, staging a massive and violent popular revolt as it happened in 2016 as a result of the Pakistani Inter-Services Intelligence’s (ISI) well-planned strategy, then it will be a daunting challenge to move Indian forces to both frontiers, western and northern. Also, it will create a major embarrassment for India on the human rights front as Indian forces would have to kill civilians to secure safe passage for its forces. Further, in such a situation, the enemy forces are likely to advance into Indian territory and call for international intervention, a scenario that Pakistan has always wanted.

The scenario discussed above is not unrealistic. In the past, the Kashmir valley has seen violent civil unrest in 2008, 2009, 2010, and 2016. In the 2016 unrest following the death of militant commander Burhan Wani, there were forty-six civilian casualties in police firing, in less than two weeks after the incident. During the recent stand-off when the possibility of a two-front war seemed real, India feared this nightmare. In particular, after abrogating Kashmir’s special status on August 5, 2019, one witnessed extraordinarily high levels of anti-India sentiments at the grassroots level. For decades, the special status prospered and nourished the Pakistani-sponsored militancy infrastructure, terror financing, separatism, corruption, and religious radicalization. India’s decision to abrogate it dealt a massive blow to Pakistan’s three decades of investment in terror. Further, constrained by India’s harsh actions against terrorism, banning religious extremist groups, and a crackdown on terror financing, Pakistan’s deep state failed to orchestrate terrorist attacks and civil unrest through its proxies after August 5, 2019.

Realizing that Kashmir might slip out of its control, Pakistan began a massive effort through its proxies and sophisticated influence operations to fuel resentment, anger, and hatred among the ordinary people against India. This time, Ankara, led by the caliph-in-the-making Recep Tayyip Erdogan, also joined Islamabad. Their anti-Indian efforts included stern diplomatic posturing, exaggerated accusations of human rights abuses, assertions that India’s Kashmir move was a manifestation of Hindu nationalism against the minority Muslim population, and aggressive information warfare operationalized by Pakistani (Inter-Services Public Relations) and Turkish (TRT World) state media arms. To woo young minds, Turkey and Pakistan made provoking music videos and rap videos which have become very popular in Kashmir. Turkish web-series “Ertugrul” has fired the popular imagination about the Ottoman Caliphate’s glories and strengthened their morale, which went downhill after the loss of special status. Though their previous autonomy under the special status had hardly brought anything to Kashmiris except for corruption and atrocious governance, Turkey and Pakistan’s propaganda war presented India’s decision as an attack on their religious and cultural identity.

Further, Iran’s interference has radicalized the local Shias also, hitherto loyal to India because of Sunni extremists’ domination in the separatist movement. Over the last three years, particularly after the special status was abrogated, Shia Muharram processions have witnessed massive anti-India sloganeering resulting in police firing and civilian deaths, adding further to the prevailing resentment. Reportedly, Shias have lately unearthed the graves of dead militants and distributed the grave soil in their community to respect terrorists. The larger purpose is to bring the Iranian martyrs’ cult to Kashmir, celebrating dead militants as heroes. India’s strengthening ties with the United States, Saudi Arabia, and Israel, and Iran’s growing ties with China and Turkey have made these fault-lines inevitable.

After 2019, abrogation, terrorism initially took a massive hit because of the communication lockdown and India’s massive crackdown. However, over time the terrorist groups devised innovative ways of end-to-end encrypted communication. Lately, terrorism has been on the rise. Reportedly, since 2019, massive cross-border infiltrations have happened with foreign Pakistani terrorists leading the operations. Many new terrorist groups with secular names have emerged. Further, a year-and-a-half-long communication and security lockdown; political vacuum; bureaucratic arrogance; and apathy, corruption, and the absence of perceptible improvements in governance have intensified the population’s alienation and anger. The new land laws empowering the non-locals to buy property in Kashmir have further heightened these insecurities.

Acting on the inputs of its robust intelligence network, New Delhi has begun various measures to ameliorate popular resentment, such as a ceasefire on the Line of Control (its temporary border with Pakistani-occupied Kashmir), district council elections, employment programs, and postponing controversial election constituencies’ delimitation exercise. However, the alienation runs deep. Hence, there seems to be a strong potential for India’s adversaries, i.e., Pakistan, Turkey, and China, to engineer a massive popular resistance movement in the near future. In such a situation, if China embarks on another territorial adventure in Ladakh with Pakistan supporting at the Line of Control, things can be complicated for India to handle.