China’s Plan to Dominate the Middle East Centers Around Iran 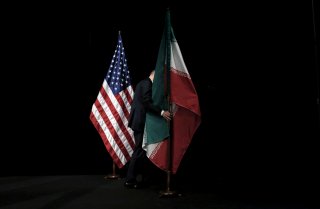 Given today’s contentious global geopolitical map, the budding China-Iran relationship seems like a perfect marriage. China needs to buy oil and gas to fuel its economic growth, and Iran desperately needs revenue to sustain its flagging economy. This is particularly true given the collapse of global oil prices and the punishing sanctions imposed by the United States on Iran.

The cooperation between Tehran and Beijing, however, extends way beyond the energy sector. Iran figures into China’s plan to extend its economic influence across Eurasia through its $1 trillion Belt and Road Initiative (BRI), and Iran needs foreign direct investment. This strategic alignment explains the twenty-five-year, $400 billion economic deal presently under discussion between China and Iran. If this agreement is fully implemented between the two countries, then its ramifications will not be limited to China-Iran relations. In fact, they will have repercussions for Washington’s standing in the Middle East and beyond.

China, Iran and the American Foe

With a U.S. presidential election looming, and with all of the fanfare of the Israel-U.A.E.-Bahrain deals, Washington does not seem terribly alarmed about the possibility of a stepped-up Iran-China relationship. In fact, there is skepticism about whether the twenty-five-year agreement can be sustained. Claims about the strategic nature of the partnership have been dismissed as hyperbole. Skeptics claim that the deal is essentially an entirely Iranian-made wish-list presented to the Chinese, without any proof that Beijing is willing to fully sign it.

But Washington should not be complacent. As China’s global footprint expands, and Tehran remains incentivized to resist U.S. pressure, the two states have a basic, powerful, and potentially enduring shared motivation for cooperation: to push back against U.S. efforts in the Middle East.

While it is still unclear how the relationship will play out, the geographic area for potential cooperation is surprisingly vast, extending from the Mediterranean coast of Syria to the steppes of Central Asia, and from the Persian Gulf to the Caspian Sea. If implemented, the deal could act as a force multiplier for Iran at a time when Washington claims its maximum pressure campaign is severely diminishing the country’s strategic punch.

While negotiations could progress slower than Iran would like, there are few baked-in historical conflicts that would completely derail a deal with China. Without any major substantive disputes and absent a fraught political history, the relationship between Tehran and Beijing will likely endure and even strengthen if the deal is implemented.

That having been said, one should be careful not to conclude too quickly that strong Iran-China relations in the coming decade will be trouble-free, or beyond the point of no return. In fact, there are several possible paths Iran-China relations could take in the future. One scenario could be that the agreement with Iran ends up being the first major foray of many that gave Beijing a long reach into the Middle East at the expense of the United States, and even Russia. Perhaps this agreement will signal that Iran is permanently giving up on what it sees as an unreliable and hostile West, and tacking toward more predictable Eastern partners.

But this future scenario is not inevitable. Another possible scenario could be that the benefits prove to have been more tactical than strategic, and limited to the economic sphere.

Washington needs to understand that these two future realities could hinge on the policy choices it makes today. In other words, the United States could be the wildcard driver of Iran’s relationship with China in the future.

This claim is not pure conjecture. The partnership between Tehran and Beijing has already gotten ballast from actions taken in Washington. Trump’s trade war against China has given Beijing an incentive to challenge U.S. interests globally. After all, the U.S. renouncement of the 2015 international nuclear deal (JCPOA) gave Tehran a strong motivation to seek safety in China’s embrace.

This deal might have taken place regardless of the nuclear deal’s demise. Unfortunately, America’s hostile policies have given both countries added incentives to make it successful. Iran, counterintuitively, has become one of China’s biggest champions in the Middle East and the broader Islamic World, despite Beijing’s blatant persecution of its Chinese Muslim (Uyghurs) minority population. The perceived need to keep China close is so great that officials in Tehran have gone as far as suggesting that the Muslims under pressure in China are “bad” [allegedly of jihadist persuasion] and China is doing the world a favor. This logic is only a smokescreen for Tehran’s need to sidle up to Beijing at a time when Iran is under siege from the United States. From the Chinese side, at the diplomatic level, Beijing protects Iran in places like the UN Security Council and the International Atomic Energy Agency (IAEA) board of governors as a way to signal to Washington that it cannot be pushed around.

Aside from trying to resist pressure from the United States, behind the scenes, there are powerful domestic forces at play that are giving impetus to Iran’s relations with China. The dominant faction in power in Tehran needs Chinese diplomatic and economic cover as it tries to cement its hold on power, prepares for a presidential election in 2021, and is faced with a looming, yet unpredictable, succession crisis, should Iran’s eighty-one-year-old Supreme Leader, Ayatollah Ali Khamenei, be incapacitated or die.

At the moment, China is in a position to dictate to Tehran. Besides giving the Chinese economic interests preferential treatment, Washington should worry that Iran can be a passageway for Beijing’s rise as a powerhouse in the Middle East and beyond. For example, growing military-to-military ties between Iran and China, including the sale of sophisticated military equipment,  such as anti-ship missiles that can threaten U.S. naval supremacy in the Persian Gulf, as well as sophisticated surveillance capabilities, should be a concern to Washington. If this happens, then Beijing’s primary aim will not be financial. Instead, it will use the opportunity to challenge the U.S. position in the Middle East through Iran.

This concern about Iran’s growing military capabilities was one of the reasons Trump gave for tearing up the nuclear deal. It was a concern that has become even more intense due to Iran’s relations with China (and Russia). But the concern started much earlier and is nothing new. As early as 1992, U.S. Naval Intelligence warned that the United States might not be able to “safely deploy a carrier in the Persian Gulf” due to Iranian capabilities. Back then, the fear was that Moscow would be Iran’s supplier. Today, under Trump’s policies toward Iran and China, Beijing is also likely to provide advanced military systems to the Islamic Republic.

Another potential wedge between Iran and China could be that Beijing has interests across the Middle East that extend beyond Iran. It has, for example, very good ties with the Gulf States and Israel, something it is intent on preserving. If Iran thinks that China will reflexively side with Tehran against all of its rivals, then it is mistaken.

Moreover, should China have a greater presence in the region and need to juggle multiple interests, Tehran might feel pressure from Beijing to change aspects of its revisionist policies. This might include Tehran’s hostility toward Israel as well as Tehran’s support for militant non-state actors. Ironically, these would be the same irritants that put the United States and Iran at loggerheads.

Iran and China are, in fact, strange bedfellows. The world’s largest Islamic theocracy and the world’s largest communist system have many inherent incompatibilities. One will be hard pushed to come up with a list of common values other than a joint desire to hang on to power and assist each other on the international stage as much as possible.

Washington has choices to make. It can continue on the warpath with Iran and its trade war with China. But this course of action will increase the probability that the China-Iran connection will flower and grow into a strategic alliance that will work against U.S. interests. Or the United States can try to find a way back towards a diplomatic track with Tehran that might benefit the region in terms of tamping down instability, but also exploit some of the inherent cracks in the nascent China-Iran relationship. China’s global rise is inevitable and ineluctable. But the United States should take diplomatic action to ensure that Iran does not become the path of least resistance for China to get there faster.