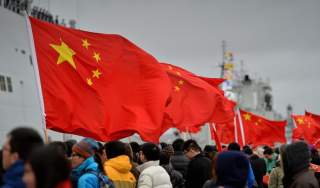 Over roughly the past two years, China has initiated an expansive land reclamation program in the South China Sea to build up and assert greater control over disputed islands and land features. While intended to advance China’s de facto control of the South China Sea and enhance its strategic position in the contested waters, in reality, Beijing’s machinations are equally likely to be both tactical and strategic errors.

At a moment when China is launching initiatives like the New Maritime Silk Road and the Asian Infrastructure Investment Bank to foster regional development and cultivate goodwill, its South China Sea policy creates new sources of friction and undermines its position in Southeast Asia. Yet, despite promulgating tensions throughout the region, China could unilaterally define the region’s trajectory, as ASEAN remains divided and uncertain of the way forward on the South China Sea. Ultimately, it is incumbent on international and regional partners, like the United States, to provide Southeast Asian states with strategic diversity in their diplomatic, economic, and security engagements, so that they have the confidence to resist coercive actions and help advance a rules-based order in the Asia-Pacific region.

At the tactical level, the reclaimed disputed islands are likely to serve as festering sores in China’s bilateral relationships with other South China Sea claimants, contributing to a volatile environment that could flare up at any moment. As an example, while China militarily gained full control of the Paracel Islands in 1974 from Vietnam, Hanoi does not recognize that claim. Over forty years later, Vietnam vessels continue to challenge China’s sovereignty over the islands. There is little reason to believe that the newly built-up features will not face similar harassment from rival claimants and serve as perennial sources of bilateral friction. Particularly if China militarizes the disputed features and attempts to unilaterally enforce its will or restrict access (such as through an Air Defense Identification Zone), we can likely expect neighbors to respond with low-level challenges (like fishing vessel incursions or passive defiance of China-imposed mandates, such as ignoring its annual fishing ban), which in turn could quickly escalate.

China’s military and maritime build-up, and indications of how Beijing intends to employ its increasing power, are driving a number of regional states to increase their own defense spending. There is a clear recognition that Japan’s superior defense capabilities (and alliance with the United States) allowed it to much more effectively face down PRC pressure over the disputed Senkaku Islands. The Philippines, Vietnam, Indonesia, Singapore and Brunei are each pursuing enhanced maritime capabilities, spurring a nascent regional arms race. While these countries are unable to compete with China’s forces on a one-to-one basis, new acquisitions in submarines, anti-submarine helicopters, fighters, and advanced patrol vessels can raise the potential risk and costs of Chinese action (mirroring China’s own Anti-Access/Area Denial approach vis-à-vis the United States).

Strategically, China’s activities are raising profound questions across the region of the type of rising power it will be. During an earlier regional charm offensive, China entered in a landmark agreement with ASEAN to diffuse tensions and prevent a land grab for the disputed islands. Signed in 2002, the Declaration on the Conduct of Parties in the South China Sea forbids the types of land reclamation and military build-up China is now undertaking. Now we witness China’s disregard for this important commitment, and apparent attempts to divide ASEAN unity on important questions for the institution. With the accumulated track record of behavior, the threat perception of China is rising and regional countries are actively questioning the extent to which they can trust Beijing.

To be clear, each country in Asia seeks a positive and stable relationship with China. China’s economy and rising middle class offers tremendous opportunities, Beijing-driven financing programs can help to drive regional infrastructure development and integration, and there are strong cultural and people-to-people connections. However, these elements are not enough to form the sorts of enduring relationships and alliances that a great power requires for international success – including a friendly periphery coupled with burden-sharing partners. Given the trust deficit with China, regional states are limiting areas of sensitive cooperation and seeking a strategic diversity in their engagement to serve as a potential hedge against unilateral Chinese actions.

It’s remarkable to review Southeast Asia just five years ago in comparison to today. Earlier into his term, Philippines President Benigno Aquino sought to improve ties with China, but a series of sleights and the stand-off in the Scarborough Shoal reoriented Philippines foreign policy.  Now, a U.S.-Philippines Enhanced Defense Cooperation Agreement – currently pending in the Philippines Supreme Court – will open the door for the greater presence of U.S. military forces and commensurate cooperation on maritime security. Before, elements of Vietnam’s government remained deeply distrustful of the United States, favoring closer ties with China to secure its future. After numerous incidents in the South China Sea, including China’s deployment of its new deepwater oil rig in disputed waters last year which helped to crystallize the issue, there is now broad consensus across political actors in Hanoi on the need to diversify regional ties towards a closer working relationship with the United States. Since then, the United States has partially lifted its arms embargo against Vietnam to support maritime capacity development and the Communist Party General Secretary had a wide-ranging meeting with President Obama in the Oval Office, signaling buy-in from the Vietnamese political element traditionally most aligned with China.

Beyond the immediate maritime claimants, there has been a shift. Five years ago, the heavily sanctioned country of Myanmar was viewed by many as virtually a Chinese satellite given China’s protection via the UN Security Council and deep economic linkages. Now, Myanmar has signaled concerns about Chinese investment in-country and, pending the November 8 national election results, we may see a full normalization of relations with the United States. The regional exemption that proves the rule may be Thailand, where a military coup has stymied relations with the United States and offered China a window for enhanced relations, particularly in terms of military links. Even in this case, however, the junta in Bangkok deeply desires U.S. contact and validation.

It is imperative for the United States, and regional actors like Japan, Australia, South Korea, India, and Europe to be committed and engaged partners to Southeast Asia and ASEAN so that its member states do not feel compelled to accept China’s unilateral terms for the region. While the United States seeks good bilateral relations with China and cooperates on a range of issues, from Iran to climate change, it is essential to publicly and privately call out assertive and disruptive behavior by all parties in order to reinforce regional rules and norms while reassuring others in the region about U.S. focus and commitment.

Recognizing the tangible and psychological impact of China’s South China Sea build-up, the United States and other partners should seek to launch and enhance new bilateral and multilateral mechanisms in Southeast Asia that provide added weight to diplomacy. Links like strategic partnerships, military rotations and capacity building activities, trade agreements, intelligence sharing, and trilateral/multilateral mechanisms provide an element of “stickiness” to diplomatic relations, giving regional states the confidence to reject coercion and providing a counter-weight to the physical force projection embodied by China’s land reclamation.

Brian Andrews is a Principal with The Asia Group. He previously served in the U.S. State Department where he helped to coordinate U.S. policy towards the South China Sea disputes.