Is China’s Soft-Power Bubble about to Burst? 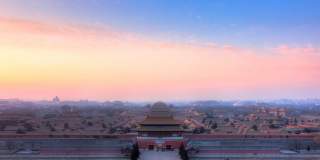 In Soft Power: The Means to Success in World Politics, Joseph Nye emphasizes the importance of utilizing noncoercive means for achieving desirable strategic outcomes. For great powers, reliance on persuasion, attraction and co-optation are ultimately more sustainable means of maintaining hegemony than outright demonstration and exercise of force. After all, as the Harvard academic correctly points out, great powers will have “to set the agenda and attract others in world politics, and not only force them to change by threatening military force or economic sanctions.” This is the essence of authoritative leadership.

Historically, as Edward Luttwak shows in The Grand Strategy of the Byzantine Empire, soft power was an essential element of the Byzantine Empire’s remarkable (millennium-old) staying power, despite the fact that it was, in military and economic terms, only a shadow of the Roman Empire under the rule of Trajan, Hadrian, Pius and Aurelius (AD 98-180). Throughout its repeated cycles of rise and decline, soft power was also at the heart of Imperial China’s enduring tributary system in East Asia, which reached its zenith under the Tang dynasty (AD 618-907). In Day of Empire, Amy Chua shows how it was primarily China’s civilizational prestige and gigantic economic resources that undergirded its status as the preeminent power in the region until the advent of European colonialism.

Modern China, specifically towards the latter years of Deng Xiaoping’s rule and thereafter, also leveraged commercial diplomacy to enhance Beijing’s influence across the region. As far as China is concerned, commercial diplomacy took two interrelated forms. First, rapid capitalist expansion encouraged China to actively employ the diplomatic apparatus of the state to expand China’s trade and investment relations globally, particularly with respect to the industrialized world as well as resource-rich countries in Africa and Latin America. Second, over time, a prosperous China began to actively leverage its newfound wealth—thanks to a successful neomercantilist strategy based on currency manipulation and an aggressively export-oriented industrial base—for facilitating specific strategic goals overseas.

With the 2008 Great Recession severely undermining the economic foundations of Western powers, China’s commercial diplomacy evolved into an increasingly overt challenge to the Bretton Woods System (BWS). Dissatisfied by the outcome of Structural Adjustment Programs (SAPs) and policy prescriptions of the World Bank and the IMF, under the so-called “Washington Consensus,” many developing countries welcomed the emergence of China as an alternative global creditor.

The problem, however, is that China’s proactive commercial diplomacy has gone hand in hand with territorial assertiveness and rapid military modernization, raising concerns over the motivations of Beijing’s global economic initiatives. It has become increasingly difficult to distinguish between soft and hard power and stick to the long-held (naïve) narrative that China is simply interested in a no-strings-attached, “win-win” economic interaction with the rest of the world, particularly immediate neighbors along the First Island Chain.

In fact, as Nye himself explained, soft power is primarily sourced from and driven by the social and cultural dynamism of a nation, rather than the machinations of its state apparatus. In China’s hybrid Confucian-Communist system, soft power continues to be understood as a deliberate state policy. China’s global influence is primarily a reflection of its proactive diplomacy rather than its sociocultural capital. But as China’s (state-dominated) economy begins to evince serious vulnerabilities, Beijing’s ability to win friends and disarm rivals by employing aggressive commercial diplomacy will become increasingly untenable.

From mid-June to July, China's stock markets lost a staggering $3.4 trillion, with the Shanghai index losing 32 percent of its value, while exports suffered an 8.3 percent year-on-year decline in July and August numbers aren’t looking good. There are growing indications that China will struggle to meet its 7 percent growth target this year, which would be the slowest in nearly twenty-five years. The so-called Beijing Consensus is approaching a critical juncture, as China confronts a slowdown and an uncertain economic transition, which has already produced a major stock-market crash, putting the viability of Likenomics into doubt.

Initially, China’s commercial diplomacy seemed largely benign and beneficial to the developing world and the global economy. The Beijing Consensus was based on a simple bargain. For the industrialized world, China provided an attractive investment destination, thanks to its shiny infrastructure and surplus labor. As the world’s factory, China subsidized the precipitous decline of manufacturing costs for a whole host of products, which empowered global consumers who could now afford an ever-growing volume and range of products.

For the resource-rich developing world, China became a primary customer and foreign investor, transforming the fortunes of countries such as Brazil and much of sub-Saharan Africa. Throughout the early 2000s, China’s seemingly insatiable demand for raw materials and minerals pushed up global commodity prices to new heights, creating a bubble-like commodity boom. Over the years, however, there was a growing backlash against China’s “going global” strategy. In Africa and Latin America, complaints centered on China’s preference for employing its own citizens for overseas projects handled by State-Owned Enterprises (SOEs), the dangerous working conditions under Chinese employers, entrenchment of autocratic and inefficient institutions that survived on China’s no-strings-attached largesse and the environmental costs of China’s mining activities.

More fundamentally, China was criticized for reorienting the economies of other developing countries towards unsustainable extractive industries at the expense of domestic manufacturing and agriculture. From sub-Saharan Africa to Southeast Asia and Latin America, a number of countries began to experience de-industrialization and rising economic inequality as resource-extraction became the primary source of income for the ruling elite. China’s scramble for Africa provided a modern infrastructure, which primarily catered to the efficient transfer of mineral resources from mines to ports.

Meanwhile, the industrialized world bemoaned the outsourcing of domestic jobs to China’s special economic zones, a factor behind the depressed wages of and stubborn unemployment among the American middle class, while Western multinational companies raised concerns over increasingly restrictive and arbitrary investment rules and regulations under the Chinese Communist Party (CCP). It didn’t take long before China employed its commercial diplomacy to challenge the existing order. With the 2008 Great Recession undermining Western economies, China began to speak its mind more callously.

In the 2009 World Economic Forum in Davos, the usually soft-spoken Chinese premier, Wen Jiabao, joined Russia’s firebrand leader, Vladimir Putin, in lambasting (Anglo-American) capitalism. He lamented the West’s “inappropriate macroeconomic policies,” its “unsustainable model of development characterized by prolonged low savings and high consumption,” its “blind pursuit of profit” and the widespread “failure of financial [regulatory] supervision” in the United States. Wen didn’t hesitate to also remind about and lecture the West on Adam Smith’s other (forgotten) work, The Theory of Moral Sentiments. China’s assertiveness reached a new level under the succeeding administration.

At the 2014 Conference on Interaction and Confidence Building Measures in Asia (CICA), a gathering of Eurasian continental nations that includes the revisionist powers of Russia and Iran, Chinese president Xi Jinping called for “a new regional security cooperation architecture” where Asian problems will “be solved by Asians themselves,” a thinly veiled jab at extra-regional powers like the United States, which has stood as the anchor of the Asian order for the past seven decades. He also held meetings with the leaders of Russia and Iran, calling for a new security alliance among the three nations, along with other Central Asian countries. Countering the American-backed Trans-Pacific Partnership (TPP) free-trade agreement, which excludes China but includes Vietnam, Xi also called for a pan-regional Free Trade Area of the Asia-Pacific (FTAAP), which will essentially be a consolidation of existing free-trade deals between China and other regional economies.

The early-twentieth-century Italian thinker Antonio Gramsci, who devoted his intellectual life to understanding the concept of hegemony, made a distinction between War of Position and War of Maneuver. While the War of Maneuver pertains to a direct confrontation of the status quo powers, the War of Position is more about undermining the influence and sway of the existing leadership. In The Hundred-Year Marathon, Michael Pillsbury traces China’s patient and deliberate strategy aimed at supplanting the United States as the global superpower by the middle of this century. His work shows that even hardliners (Ying Pai) in Beijing are aware of the huge (quantitative and qualitative) military gap between China and the West, so a direct confrontation is out of question for, at the very least, the next two decades.

Eager to close the military gap, China is turbocharging its military modernization program with double-digit defense-budget growth. China’s rising territorial assertiveness in adjacent waters is perhaps indicative of its plans to dominate the First Island Chain (stretching from waters off the northern coast of Japan to the western edge of the South China Sea that embraces Vietnam and the Malaysian Peninsula) in the medium term, paving the way for dominating East Asia by pushing the United States out of the Second Island Chain in the Western Pacific by the middle of the twenty-first century. In response, a growing number of Asian countries, from treaty allies such as Japan and the Philippines to fence-sitters such as Singapore and former rivals such as Vietnam, have welcomed a greater American military footprint in the region, giving rise to an informal “maritime coalition of the willing.”