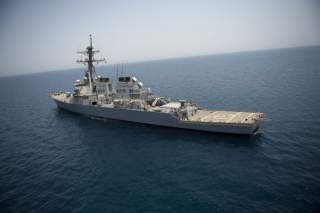 As with the Anglo-German antagonism, economic rivalry and ideological antipathy are causing the perception of the “China threat” to congeal within the U.S. foreign-policy elite. In the United States, many political leaders believe that China’s economic success is explained by the fact that it has adopted a range of neomercantilist—“unfair” and illiberal—policies. As reported by the New York Times, a big reason for President Barack Obama’s shifting views about China’s economic policy was his anger “at what he sees as Beijing’s refusal to play by the rules in trade” and his frustration over “the United States’ lack of leverage to do anything about it.” Explaining why his administration filed a complaint against China with the World Trade Organization, Obama said, “These are subsidies that directly harm working men and women on the assembly lines in Ohio and Michigan and across the Midwest. We are going to stop it. It’s not right; it’s against the rules, and we won’t let it stand.” The belief that China does not play by the rules in trade is widespread across the U.S. political spectrum. American policy makers also fear that China’s trade and economic policies are intended to weaken the United States geopolitically as well as economically—a concern similar to that held about Germany by many in the British elite before 1914. The Obama administration’s 2014 indictment of five alleged Chinese military hackers for industrial espionage underscores these concerns.

American apprehensions about China’s success—and the concomitant rapid shift in the balance of relative economic power—go even deeper. U.S. leaders say that the very notion of American decline is taboo. Nevertheless, China’s rise has fueled doubts—seldom acknowledged openly—about the United States’ future economic prospects and, even more fundamentally, about whether America’s model of economic and political development remains superior to China’s. American leaders perceive China in the same way pre-1914 British policy makers perceived Germany: as a nation whose political system raises doubts about both the scope of its foreign-policy ambitions and its trustworthiness as a diplomatic partner. The very fact that China is a Communist one-party state rather than a Western democracy “inherently creates misgivings among many Americans, including high level officials,” according to Kenneth Lieberthal and Wang Jisi. In contrast to America’s self-perception of itself as a nation built on liberal political and economic ideas, China is viewed as a nation that is collectivist, mercantilist, statist, a human-rights violator, and lacking in representative government and rule of law.

AS WAS true for Britain and Germany before World War I, powerful forces are pushing the United States and China toward confrontation. However, although the international system’s structure constrains decision makers and narrows the range of policy options from which they can choose, it does not foreclose the possibility of choice. Structure and agency always coexist uneasily side by side, which is why a Sino-American showdown in the years ahead is not inevitable.

Whether a clash between the United States and China is avoidable hinges on what is at stake for both nations. For China, the answer is straightforward. China seeks to become the regional hegemon in East (and Southeast) Asia. This is what rising great powers do: they seek to establish geopolitical dominance in their own backyards. China seeks to dominate East Asia for security reasons, as well as to have its status and prestige as America’s geopolitical equal affirmed. China’s rise, however, poses the risk of conflict with the United States because China is rubbing up against entrenched American power in East Asia. Indeed, since 1945, the United States has been the incumbent hegemon in East Asia. There are two analogies that help to explain why trouble is brewing between Washington and Beijing. One is what can be called the “Dodge City” syndrome. Aficionados of American Westerns have all seen the movie where the two gunslingers confront each other in the town saloon and one says to the other: “This town ain’t big enough for the both of us.” The second, slightly more intellectual analogy might be called the Newtonian Theory of Geopolitics: two hegemons can’t dominate the same region at the same time.

The United States will play the principal role in determining whether a Sino-American clash can be avoided. Today, America’s predominance in East Asia contributes little, if anything, to U.S. security (defined by the traditional geopolitical metrics of military power and geography). After all, the United States is the most secure great power in history. Its homeland is shielded from any kind of serious great-power threat by geography and its overwhelming military capabilities. If anything, it is America’s extraregional hegemony in East Asia and the potential “entrapment” dynamics of U.S. alliances in the region that are the main causes of U.S. insecurity. This is a point underscored by the increasingly fraught Sino-Japanese conflict over the Senkaku/Diaoyu islands, which the United States has been injected into because of its alliance with Tokyo.

So why does Washington remain committed to preserving its dominance in East Asia? The fundamental reason is ideological. The United States wants to dominate that region to ensure that its markets remain open to American economic penetration, and that it also remains open to penetration by America’s liberal ideology. What American policy makers fear is the threat of closure, because that would undermine the extant international order—the Pax Americana—based on America’s liberal beliefs about the virtues of economic openness and democracy. China is seen as a threat because its very existence challenges the idea of an “Open Door World” on which America’s security is (wrongly) believed to depend.

China’s nondemocratic political system is also viewed as a menace because, as Aaron Friedberg puts it, “if Asia comes to be dominated by an authoritarian China, the prospects for liberal reform in any of its non-democratic neighbors will be greatly diminished. Even the region’s established democracies could find themselves inhibited from pursuing policies, foreign and perhaps domestic as well, that might incur Beijing’s wrath.” It is no exaggeration to suggest that the biggest threat to the United States in East Asia is not China but rather the policy consequences of America’s liberal worldview. America’s ideological preferences are powerful drivers of U.S. grand strategy toward China. That grand strategy, however, not only puts the United States at odds with China, but also reinforces Beijing’s insecurities and its deep-rooted fears of Washington’s intentions and ambitions.

Many in the U.S. foreign-policy establishment advocate policies that inevitably will inflame Sino-American tensions by reinforcing Beijing’s preexisting fears of American intentions. A good example is Friedberg’s 2011 book, A Contest for Supremacy: China, America, and the Struggle for Mastery in Asia, which calls for the United States to: maintain its military superiority over China in East Asia; defend Taiwan’s independence; create a powerful anti-Chinese alliance in East and Southeast Asia; and work for regime change in China. Another example is the very similar policy advocated by Andrew J. Nathan and Andrew Scobell in a 2012 Foreign Affairs article, in which there is a conspicuous gap between the authors’ analysis of Sino-American relations and their policy recommendations. They flatly dismiss Beijing’s claim to equal status and prestige with the United States. And they argue that the United States should stand its ground and rigidly uphold the geopolitical status quo in East Asia. Nathan and Scobell reflect a tendency among U.S. policy makers and analysts to act as if China is only entitled to assert interests that have been preapproved by the United States. That is not how great-power politics works. By ignoring China’s perception of its own interests, the United States is deliberately constructing a self-fulfilling prophecy of mistrust and rising hostility in Sino-American relations. If the United States really wants to avoid a head-on collision with China, it will have to make difficult—even painful—adjustments and adopt a policy that accommodates China’s rise. In this sense, the United States and China are rapidly nearing what could be called a “Carr Moment.”

In his classic study of international relations, The Twenty Years’ Crisis, 1919–1939, E. H. Carr analyzed the international political crisis of the 1930s caused by the breakdown of the post–World War I order symbolized by the Treaty of Versailles. The Versailles system disintegrated, Carr argued, because of the growing gap between the order it represented and the actual distribution of power in Europe. Carr used the events of the 1930s to make a larger geopolitical point: international orders reflect the balance of power that existed at their creation. Over time, however, the relative power of states changes and eventually the international order no longer reflects that actual distribution of power. When that happens, the rising (or resurgent) great power wants to change the rules embodied in the existing international order—rules written, of course, by the once-dominant but now-declining great power(s) that created the existing order. The status quo powers, naturally, want to preserve that order—an order that they created to advance their interests.

The Carr Moment is where the geopolitical rubber meets the road: the status quo power(s) must choose between accommodating or opposing the revisionist demands of the rising power(s). The geopolitical question of our time is whether the declining hegemon in East Asia—the United States—will try to preserve a status quo that increasingly no longer reflects the prevailing distribution of power, or whether it can reconcile itself to China’s demands. Britain faced the same choice in the years leading up to World War I.