China and Greece are Getting Closer. Joe Biden Should Worry. 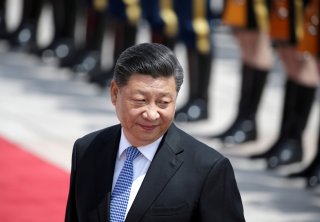 During a recent phone call with Chinese President Xi Jinping, Greek prime minister Kyriakos Mitsotakis accepted an invitation to attend the opening ceremony of the 2022 Beijing Olympic Games. This undermines the non-binding resolution, recently passed by the European Parliament, urging the EU officials to skip the event in response to China’s gross human rights violations. Mitsotakis and Xi also reaffirmed their willingness to increase trade, investment and cultural cooperation. What is Athens up to?

Some European leaders think they can chart an independent course between the transatlantic community and Beijing, the modern face of the nonaligned world. Meanwhile, others recognizing that China can’t be ignored, realize that nations freelancing too far outside the strength of a united face from the West risk being picked off; accordingly, they set limits on just how far they will stray. So, what’s the Greek plan?

The Greek prime minister’s recent engagement was not a one-off. Last September, Mitsotakis held a summit with Yang Jiechi, a member of the Political Bureau of the Communist Party of China Central Committee, stressing the need to strengthen their bilateral ties. In 2019, Xi paid an official visit to Athens, meeting with Mitsotakis and then Greek President Prokopis Pavlopoulos. Greece is a member of the 16+1 group, a Chinese initiative promoting business and investment ties between Beijing and sixteen Central and Eastern European countries. Greece also hosts two Confucius Institutes: one founded in 2009 at the Athens University of Economics and Business; the other, opened in 2018, at the Aristotle University in Thessaloniki.

It is unsurprising that Beijing, which has long practiced a divide-and-overcome approach to dealing with the Europeans, wants closer bonds with Athens. A robust presence in the Mediterranean basin can anchor its Belt and Road network of commercial, trade and economic influence. Greece is also a channel of influence on the Balkans, which China has long seen as a potential bridgehead in South-Central Europe.

That positioning puts Beijing’s influence on the doorstep of the European Union and NATO, in vulnerable countries outside alliance structures, but close enough where China’s influence can be used to shape or unsettle Europe as Beijing sees fit. For these reasons, Mitsotakis’ early decision to attend the Olympic opening ceremony is cause for concern. Is this evidence Chinese soft power is softening up Europe?

There are worries on the hard-power side as well. While NATO as an organization is voicing more and more concern about China, the Greek permanent representative to NATO, Spiros Lambridis, has sounded a more ambiguous tone. His assuring statement that “[w]e strategically opt for the best possibilities for our own country, again always within our obligation with the main organizations, which is the EU and NATO,” was accompanied by the assertion that “[w]e have joined the Belt and Road Initiative in a very concrete project and in a very concrete term, not looking at that as a strategic relationship with another partner, but certainly we are not going to abandon it, just because others do.”

This is just side-stepping the hard truth. China’s influence in Europe is calculated to benefit Beijing’s long-term strategic goals that reach far beyond economic benefit. Countries like Greece, which gave Beijing control of a major European port by allowing the Chinese shipping giant COSCO to buy 51 percent of the Port of Piraeus, have placed themselves in an increasingly perilous place. It is getting much harder for them to say “no” to Beijing, which makes it increasingly problematic for them to preserve their sovereignty.

The United States can’t disengage in the effort to keep Europe whole, free, prosperous and secure in the face of Chinese pressure. President Joe Biden should continue to put Greece under pressure on the 5G issue that is attached to China. The United States should lead public-private sector investment efforts in offering better economic alternatives. American support for the Three Seas Initiative is just one example of what Washington could achieve if it took seriously both the challenge and opportunity of investing in Europe.

Finally, the United States should be leading right now the effort to diplomatically boycott the Beijing Olympic Games, calling on the entire transatlantic community, including Greece, to do the right thing and walk away from providing diplomatic cover for Beijing’s gross human rights abuses against its own people.

Stefano Graziosi is an essayist and a political analyst who writes for the Italian newspaper La Verità and the weekly magazine Panorama. Heritage Foundation Vice President, James Jay Carafano directs the think tank’s research in matters of national security and foreign relations.