China Is Buying Up Dozens of U.S. Commercial Airliners. We Should Be Worried. 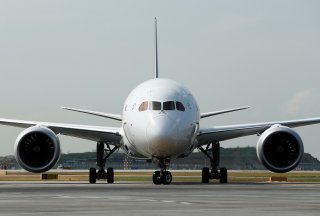 After years of aggression, broken promises and falsehoods, most recently about the coronavirus outbreak, the Chinese government has finally begun to face the consequences of its misconduct. On behalf of industries that range from technology to pharmaceuticals, the United States is fighting back against the Chinese. Why then is it looking the other way as Chinese companies buy up the commercial aircraft that Americans fly?

In April, a company named BOC Aviation purchased twenty-two airplanes from United Airlines and leased them back to the carrier. The sale included Boeing 737-9 MAX and 787-9 planes that can be expected to serve in United’s fleet for two decades.

The previous month, American Airlines conducted a similar sale and leaseback of twenty-two of its own Boeing 787 aircraft. In May, Southwest Airlines sold ten of its Boeing 737-800 planes to the company and then leased them back as part of the deal.

A May 4 article in the Financial Times appropriately titled “BOC Aviation Taps Parent for Assault on Leasing Market” indicates that BOC Aviation is headquartered in Singapore. In fact, “BOC” stands for “Bank of China,” which is wholly owned by the Chinese government and is therefore tied inextricably with the Chinese Communist Party and its international aspirations.

A May 8 analysis by aviation consulting firm Cirium about BOC Aviation’s “leaseback spree,” noted that the company is “…one of those lessors with considerable dry powder from its behemoth parent, the state-owned Bank of China.” The analysis added: “The lessor has partly been able to achieve this many leaseback deals due to its ability to draw down funds from a $2 billion ‘backstop’ revolving credit facility, provided by Bank of China.”

Think about that. Our government is allowing its foremost adversary to buy up the aircraft our citizens fly. Could this be a coincidence or simple business transaction devoid of political or national security considerations? That is a near-impossibility when it comes to China. Its foreign business activities are increasingly linked with its governmental efforts to dominate important fields and disrupt the economies of the United States and the rest of the free world.

The Office of the U.S. Trade Representative’s 2018 report on Chinese trade practices noted that Beijing’s commercial policies are far from benign: “These acts, policies, and practices work collectively as part of a multi-faceted strategy to advance China’s industrial policy objectives,” the report states. “They are applied across a broad range of sectors, overlap in their use of policy tools… are implemented through a diverse set of state and state-backed actors, including state-owned enterprises.” Elsewhere, the report states: “Obtaining and developing cutting-edge technology in the aviation sector has long been an objective of the Chinese government.”

It’s easy to rationalize Beijing’s sudden and growing ownership of planes that Americans fly. Some say the airlines need the money amid the economic fallout from the coronavirus pandemic. Others argue that the name on a title is irrelevant since the planes are still operated and possessed by U.S. carriers.

These arguments don’t hold up. The U.S. government has expended tens of billions of dollars bailing out airlines and ensuring they have access to more capital if they need it. The recipients of this taxpayer support should not double-dip with the Chinese. And even though these Chinese-owned aircraft are leased, the U.S. carriers involved are still in hock to the Chinese government, which will influence their decision-making.

The irony is that this development occurs as the Trump administration and Congress have begun trying to reduce China’s influence over key parts of the U.S. economy. The administration recently expanded export controls against Huawei, the Chinese technology manufacturer, by banning the export of foreign-made semiconductors to Huawei, even if they were made with U.S. technology.

In Congress, Republican Sens. Rick Scott (Florida), Josh Hawley (Missouri), and Marco Rubio (Florida), and Steve Daines (Montana) have proposed legislation that would reduce America’s dependence on China for pharmaceutical ingredients and medical protective equipment.  Sen. Tom Cotton (R-Arkansas) has offered a plan to increase U.S. military deterrence in the Pacific.  Scores of other bills targeting the Chinese government are circulating on Capitol Hill. And the Trump administration is likely to announce new financial sanctions to punish China for its crackdown on Hong Kong.

The American people are on board, too. A recent Gallup poll showed that two-thirds of Americans have an unfavorable view of China; only a third see the country in a favorable light. In this environment, it seems obvious that we should not allow ever-increasing Chinese ownership of our commercial aircraft.