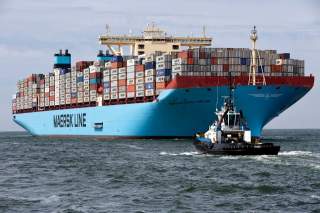 Roughly three thousand years ago, the eastern Mediterranean was dominated by the Mycenaeans, Hittites and the Egyptian empire of Rameses III. Then, in several places at once, an aggressive people of mysterious origins referred to as "the sea peoples," attacked the territories held by these empires. The invaders were defeated, but the reigning powers saw their dominance fatally weakened.

In today's Mediterranean, the Chinese are the new "sea people." Their attacks are not military in nature, and their ambitions are not territorial conquest. Rather, they aim to construct a seamless route for investing in and selling their goods to the dominant commercial region of today, Europe. Chinese State Owned Enterprises (SOE's) are taking advantage of poorly performing economies (Italy) and antipathy toward the dominance of Europe (Greece, Turkey). China comes brandishing almost unlimited investment funds, and Beijing's SOEs have set up shop from Valencia to the Bosporus and from the North Adriatic to the Suez Canal.

At the time of Barack Obama’s first inauguration, China’s share of global Overseas Foreign Direct Investment (OFDI) was a scant two percent. It stands now at more than eleven percent, second only to the United States. While the U.S. was long the preferred host for such investments, in three of the last five years Chinese FDI to Europe has exceeded that invested in America. Additionally, unlike most Chinese investment in Africa or much of Asia, Chinese interest in Europe lies in acquiring high-value manufacturing firms and their technology, along with key elements of their supply chains and, to burnish their reputation, the occasional high-profile soccer team (including both teams in Milan).

In 2013 Beijing announced the globe-spanning Belt and Road Initiative (also known as One Belt, One Road- or OBOR). That policy aimed at moving Chinese products, investment and influence westward, one key target of which is strategic, potentially high-volume seaports. Across the entire Indo-Pacific region, Chinese companies have significant shares in—and sometimes own outright—ports that service commercial—and possibly, military—interests. The so-called “string of pearls” across the Indian Ocean links the Strait of Malacca in the South China Sea to the Suez Canal and thus the Mediterranean.

In Europe, China is already a significant player in principle North Sea ports. It owns thirty-five percent of Euromax which runs Rotterdam, Europe's largest port; twenty percent of Antwerp's, the next busiest; and 100 percent of Zeebrugge, the world's largest roll-on/roll-off vehicle facility.

But influence need not require ownership. In the port of Hamburg (Europe’s third leading port), Chinese goods account for more traffic than users from all other countries combined. Furthermore, in 2017 when a contract to build a new container terminal capable of handling Ultra Large Container Vessels (ULVC) was awarded to China’s Communications Construction Company, local bidders cried foul.

In recent years, Europe's fastest growing ports are in the south, and Chinese influence has followed. Beijing's SOEs manage Valencia in Spain and own forty-nine percent of the Italian port of Vado, which operates the largest refrigerated facility in the Mediterranean. A consortium led by a Chinese company has also won the tender to design a docking bay off the coast of Venice that would be capable of handling large container ships.

At the other end of the Mediterranean, Chinese companies control Kumport, Turkey’s third largest port, which is also closest one to Istanbul. China’s SOEs are building Israel’s two newest ports, Haifa, and Ashdod, and are the single largest investors in Egypt’s Suez Canal Economic Zone, operating at both ends of this most vital link in OBOR. According to a study by the Financial Times, Chinese investment in the ports of North Africa and the Middle East has grown at a pace exceeded only by that in Europe.

At the center of this maritime network lies the Greek container and passenger port of Piraeus, now in Chinese hands. Chinese investment began in 2008 and was completed in 2016. Trade traffic followed, boosting the port to the seventh place in Europe by 2017—the same year the port showed a ninety-two percent profit. Plans have followed to expand the port to allow large cruise ships to bring in Chinese tourists who will travel inland and to Europe on new and improved roads and train lines.

Why is the Mediterranean so important and what are the possible implications of these acquisitions by China? First, roughly three-fifths of Chinese exports travel by sea, and the Mediterranean route to Europe is the most direct. This level of traffic is unlikely to be challenged any time soon by overland routes. A train from Shanghai to Antwerp, for example, takes sixteen to twenty days to cross Eurasia and might bring with it forty of those familiar "twenty-foot equivalent" (TEU) containers. When the COSCO-owned Taurus docked in Greece in February, it brought with it the capacity to deliver twenty thousand such containers. While the sea journey takes longer, it is much more cost-effective than the alternatives.

Like the overland route, the Mediterranean region brings with it political diversity and some risk. The Mediterranian region includes EU and NATO, states with ancient democratic traditions and states that are barely functioning at all. Moreover, conflicts abound in and around Israel, and Cyprus and North Africa are rife with political uncertainties. Italy took two-and-a-half months to form a government after national elections in March and remains fragile. For China to be assured that its goods will make it to market, control of the entire supply line—including ports, railroads, and highways—is essential.

At the same time, the One Belt One Road perspective is much more than the flag following national trade. It is designed to expand Chinese strategic presence and enhance its influence across South Asia, Eurasia, the Middle East and into Europe. Economic links bring high-level visits, and port stops from the world's fastest growing merchant marine and significantly improved navy. At the end of China's Theodore Roosevelt-like naval grand tour of the EU in 2015, they Chinese navy held maneuvers with the Greek fleet. This practice that has continued and complements increased "blue-water" navy activities of the People's Liberation Army Navy in the eastern Mediterranean, off the coast of Africa, and even in the Baltic Sea.

A recent report by the think tank C4ADS points out that, under Chinese law, all commercial ports have an obligation to provide logistical support to that country's military should it be requested. The potential for such "dual-use" facilities in Sri Lanka and Pakistan, has alarmed, among others, Indian strategic analysts. These concerns have heightened since China began building its first overseas military base in Djibouti, ideally situated to respond to needs in the Indian Ocean and the Mediterranean.

The concerns of the EU are less military than economic and political and have so far produced little bloc response. The members hold differing views of, and vulnerability to, Chinese economic clout. In Greece, previous hostility to China’s purchase of Greek assets has disappeared, aided, ironically, by strict EU austerity policies. The leftist government of Alex Tsipras and the people of Greece (according to PEW) are now the most favorably inclined toward China of any country in Europe. In 2017 Greece vetoed an EU statement critical of China at the UN Council on Human Rights calling it "unconstructive" and "selective."

Only fifteen of the twenty-eight EU members have investment screening mechanisms to see if Chinese (or any other foreign) economic muscle threatens domestic competition or national security. No such mechanism exists at all at the EU level, though a process has begun to develop one. Nor is there an overall EU-level policy on ports, as the decision to accept or reject investment in or control over these critical facilities remains at the national level.

Still, the EU has been vocal about restrictive Chinese investment and trade policies in ways similar to those recently spelled out by the U.S. Trade Representative. And Brussels has not been shy about investigating suspected tax evasions or project bidding. But with the U.S.-EU Transatlantic Trade and Investment Partnership (TTIP) dead and the White House displaying volatile antipathy toward European allies, the capacity of the world's largest economic bloc to confront China is severely weakened. When China deals with Europe, there is no bloc of twenty-eight strong. There is Greece, whose GDP has fallen roughly twenty-five percent under EU-mandated austerity measures, or there is Italy which ranks twenty-seven out of twenty-eight EU economies in growth. In negotiations with a dynamic, economic behemoth with full pockets, such "partners" are severely disadvantaged.

Observers of China’s intertwined economic and strategic actions point to the fate of Hambantota in Sri Lanka as a cautionary tale for Europe. After one government there borrowed and spent to have China build shipping and rail facilities, the promised traffic did not follow. A new government was then obliged to make a (partial) debt-for-equity swap, giving China a 99-year lease. Thus, Sri Lanka is left with nearly $6 billion in debt, to pay for an underperforming port they do not control. The Italians need not look far for such an example. Taranto, once a major steel producer and key port in the south, suffered a similar fate. Though observers, including the EU’s own Court of Auditors, point to internal planning and execution problems, the port was essentially “traded in” by China for Piraeus. Such a concern—and the fear of the resulting public debt—has led some, like Pino Musolino, the Director of the Venice Port Authority, to be quite skeptical about the promised benefits of Chinese investments in the port of Venice. Nor is he persuaded of the gains that more cruise ships might bring to the delicate ecology of Venice.

Even so, the Italians, like virtually all countries with crucial seaports, are eager to attract and keep Chinese investment. They have proposed a Five-Port Alliance for the Mediterranean leg of the Maritime Silk road with Venice part of an Adriatic port system that would include Trieste and Ravenna in Italy, as well as Koper in Slovenia and Fiume in Croatia. Italy has already begun investing in this plan, and it is unlikely that the new Euroskeptic Italian government will find any EU worries against such investment persuasive. Where such a plan would leave deeply leveraged partners like the Port Authority of Piraeus is unclear. Every port cannot be "the gateway to Europe." If the Europeans are to avoid a "race to the bottom" of the Maritime Silk Road, there will need to be some attention paid to the costs of Chinese investment and some cooperative mechanisms implemented.

RONALD H. LINDEN is Professor of Political Science at the University of Pittsburgh and a former Director of the European Studies Center at Pitt, a National Resource Center and Jean Monnet European Union Centre of Excellence, and the Center for Russian and East European Studies there. From 1989 to 1991 he served as Director of Research for Radio Free Europe in Munich, Germany. Research on this topic has been conducted at the Instituto Affari Internazionali (IAI) in Rome under the auspices of a Fulbright-Schuman fellowship.

Image: The MV Maersk Mc-Kinney Moller, the world's biggest container ship, arrives at the harbour of Rotterdam August 16, 2013. The 55,000 tonne ship, named after the son of the founder of the oil and shipping group A.P. Moller-Maersk, has a length of 400 meters and cost $185 million. A.P. Moller-Maersk raised its annual profit forecast for the business on Friday, helped by tighter cost controls and lower fuel prices. Maersk shares jumped 6 percent to their highest in 1-1/2 years as investors welcomed a near-doubling of second-quarter earnings at container arm Maersk Line, which generates nearly half of group revenue and is helping counter weakness in the company's oil business. REUTERS/Michael Kooren