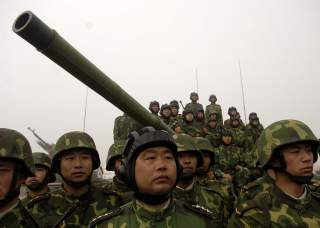 North Korea’s recent ballistic missile launch—the first to occur during the Trump administration—once again raises the question of how the United States should handle the North Korean nuclear program, and how China should fit into the equation. As president-elect, Trump argued that China should face consequences if it refused to use its leverage to convince Pyongyang to abandon its nuclear program. During his Senate confirmation hearing, Secretary of State Rex Tillerson made much the same argument. However, because of its overriding concern with maintaining stability, China has repeatedly refused to apply the only type of pressure that could steer North Korea off the nuclear path: the threat of regime-ending punishment. Relying on China is not only unlikely to solve the problem, it could also give Beijing a card to play in other negotiations with the United States. Instead, President Trump should focus more on strengthening U.S. alliances in Northeast Asia, especially in the field of ballistic missile defense.

Enlisting China’s support has been a goal of U.S. strategy on North Korea since the early 2000s. Both the George W. Bush and Obama administrations worked with Beijing through the UN Security Council to impose a serious of sanctions against North Korea, the most recent of which was approved in November 2016. The argument was that China remains the only country with sufficient economic and political leverage to deter North Korea’s nuclear ambitions and convince it to return to the negotiating table. U.S. negotiators suggested that without sufficient Chinese pressure to change Pyongyang’s nuclear calculus, a North Korean nuclear capability could spark a nuclear arms race in Northeast Asia—or prompt the United States to carry out a preemptive strike should North Korea appear ready to launch an ICBM. The Obama administration even slapped secondary sanctions on Chinese firms suspected of evading UN sanctions on North Korea in an attempt to prod Beijing.

Although China has accepted a progressive series of UN sanctions, and taken some steps to implement them, Beijing has refused to adopt stiffer penalties, such as cutting off North Korea’s fuel supplies or food assistance, or suspending diplomatic relations with Pyongyang. Moreover, China’s willingness to use sticks has often been transient. Just last month, for instance, China resumed coal imports from North Korea after suspending them for only a month. The reason is straightforward: China prioritizes the preservation of stability on the Korean Peninsula over aggressive nonproliferation efforts, which could jeopardize the DPRK regime. This preoccupation with stability serves several of China’s strategic goals, which include avoiding a flood of refugees into China’s northeast (a region that already faces a precarious economic situation), maintaining North Korea as a strategic buffer separating China from U.S. and ROK forces, and reducing the chance that tensions might escalate into a nuclear conflict near China’s borders.

The dilemma is that only the most severe penalties from China are likely to dissuade the DPRK from seeking nuclear weapons and deter it from conducting further provocations. Whereas Kim Jong-il used the nuclear program as a bargaining chip to gain concessions from the international community, the Kim Jong-un regime has demonstrated an intent to acquire nuclear weapons as a deterrent (part of its Byungjin strategy, which also emphasizes economic development). This is a central strategic goal for North Korea, making it unlikely that the types of pressure that China is willing to use on its own volition, such as obeying the existing UN Security Council sanctions, will be sufficient. Likewise, applying additional sanctions on Chinese firms to reduce their business operations in North Korea will not significantly alter this situation.

Aside from being ineffectual, over emphasizing China’s role in North Korea could have an unintended consequence by giving Beijing leverage in U.S.-China negotiations on other regional security issues, such as Taiwan and the South China Sea. China could either seek to deter unwanted U.S. actions (such as closer U.S. relations with Taipei) by threatening to increase its cooperation with North Korea, or make hollow promises to increase pressure on North Korea to gain concession in negotiations with the United States. Either way, China could exploit U.S. beliefs about its ability to control North Korea in a way that supports Beijing’s interests but makes little difference in arresting the DPRK nuclear program.

Instead, the Trump administration should emphasize military cooperation with its two Northeast Asia allies as a way to pressure North Korea and deny it the ability to successfully target the United States or its allies with nuclear-armed missiles. During the campaign, Trump expressed skepticism about the return on investment from U.S. alliances worldwide, including those with Japan and South Korea. Yet as president-elect, he had positive discussions both with Shinzo Abe and with the now-impeached Park Geun-hye. For instance, he told Park that the United States would “not waver” in its commitments to the ROK. Secretary of Defense James Mattis sent a similarly reassuring message to both allies during a recent trip to the region, while Trump reaffirmed the U.S. commitment to the alliance with Tokyo during his inaugural summit with Abe. China’s reluctance to pressure Pyongyang toward denuclearization only increases the value of the alliances with the ROK and Japan in dealing with North Korea.

What types of cooperation should the Trump administration pursue with South Korea and Japan? At a minimum, it should oversee the deployment of the Terminal High Altitude Area Defense system in the ROK as planned this year (assuming that the new administration in Seoul supports this decision). The United States and Japan should also continue to improve their missile defense cooperation, following on a successful missile intercept test off Hawaii this month. In addition, Washington, DC should consider expanding intelligence sharing with Tokyo and Seoul, enhancing trilateral policy coordination, selling advanced military hardware and holding robust military exercises on either a bilateral or trilateral basis (such as combined U.S.-ROK-Japan joint antimissile drills). Such activities would frustrate Beijing and could have negative strategic repercussions, such as sparking closer Sino-Russian military cooperation. But these costs are worth the benefit of enhanced deterrence and reducing the threat of nuclear intimidation from North Korea.

This does not mean that China should have no place in U.S. strategy on North Korea. Robust enforcement of existing UN sanctions by China could help to slow North Korea’s nuclear program. China’s assistance is also needed in monitoring DPRK ships suspected of carrying prohibited items, stunting North Korean money-laundering operations and reducing North Korea’s support to terrorist groups. In these areas, United States and Chinese interests are fairly well aligned. After all, many in China are frustrated with Kim Jong-un’s provocations and have been willing to agree to some steps to counter North Korean aggression. Thus, Washington should not rule out cooperation with Beijing, even if it will not resolve the fundamental nuclear problem.

Indeed, China and the United States should initiate cooperation in the area of contingency planning. A sudden collapse of North Korea could bring U.S. forces and Chinese forces into close proximity and raise the immediate question of who will be responsible for securing North Korean weapons of mass destruction. China has been reluctant to discuss these issues out of the belief that doing so would unnecessarily antagonize its neighbor. But the risks of an unintended clash between the U.S. military and Chinese military argue in favor of substantive, though discreet, talks on this subject. Thus, if the new administration desires to exert pressure on China in a useful way, it should be to encourage Beijing to open up about what it will do if the DPRK collapses. As one Chinese interlocutor recently put it, both sides have a stake in avoiding wandering into a “second Korean War.”