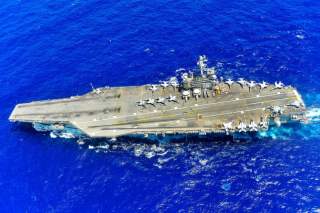 It has become quite common to use historical analogies to describe the complex Sino-American relationship. At the centenary of the First World War, the comparison between China’s rise and that of Wilhelmine Germany has been widely made. However, a path-breaking 2012 opinion piece by Harvard University’s Graham Allison reached back to Ancient Greece to describe the strategic dilemmas facing the most important bilateral relationship in the 21st century.

Pointing to what is perhaps the most important sentence in the entire Western cannon on international relations, Allison invited strategists and analysts on both sides of the Pacific to recall that “it was the rise of Athens and the fear that this inspired in Sparta that made war inevitable.” Moreover, Allison supplied disturbing evidence of the frequency of war between a rising and established power, as observed by Thucydides in the History of the Peloponnesian War. According to Allison, “in 11 of 15 cases since 1500 where a rising power emerged to challenge a ruling power, war occurred.”

While Allison’s reference to the Peloponnesian War seems to have had some impact on the relevant debates in Washington, there has been little exploration of the idea’s impact in Beijing. Yet, the “Thucydides Trap” concept has indeed been discussed by China’s top foreign policy decision-makers. In order to better understand Chinese perspectives related to “Thucydides Trap,” this edition of the Dragon Eye series will explore a forum dedicated to that theme in the official Chinese military journal 军事历史 [Military History] that was published by the prestigious Chinese Academy of Military Sciences (AMS) in 2014.

The journal’s first reflection on Thucydides, which was critical, was by the People’s Liberation Army (PLA) Senior Colonel Zhou Xiaoning, a researcher specializing in foreign military history at AMS. While Senior Colonel Zhou conceded that Thucydides’ comparison between ancient Greek city-states and modern nation-states was “worth discussing,” he quite emphatically rejected Allison’s analogy: “China is not Athens and the United States is not Sparta. One should not take history and facts to make simple comparisons.” One of his major objections to the analogy was that both Athens and Sparta were fully risen – essentially superpowers – when war broke out, whereas China is only a  “rising strong power.” According to Colonel Zhou, both Athens and Sparta were 霸权国家 [states seeking hegemony].

Colonel Zhou also insisted that unlike Athens, China’s independent foreign policy means that it seeks neither alliances nor expansion. In addition, he also raised the point that both China and the United States possess nuclear weapons, so “a large scale U.S.-China war is hard to imagine.”

Colonel Zhou then proceeded to accuse Allison of suspect motives, noting that the Harvard Professor’s recent research has focused on how Washington could present Beijing with a “red line” over the Diaoyu/Senkaku islands crisis that erupted afresh in 2012. Zhou asserted that lumping contemporary China with historical cases like Athens and Germany implies that the United States suspects Beijing will seek to “destroy the international system.” The military historian concluded that this analogy is ultimately employed by Allison to advocate “containing China.”

Yuan Peng, a professor at the Chinese Institute for Contemporary International Relations (CICIR) and one of Beijing’s leading America experts, also had an article in the journal, which was more receptive to Allison’s thesis. In contrast to the military historian Colonel Zhou, Dr. Yuan focused primarily on what he perceived to be a troubling shift toward instability and greater mistrust in Sino-American relations. He observed that “the Asia-Pacific Rebalance Strategy has created a multi-faceted set of challenges for China in the economic, military and foreign policy domains. But most importantly, the challenges have been at the psychological level.”

Dr. Yuan outlined a troubling cycle in U.S.-China relations, suggesting that the psychological pressure applied against China will likely be taken as an attempt to “围堵” [surround] China, but Beijing’s counter-moves would be interpreted as an attempt to “排挤” [squeeze out] American interests in the Asia-Pacific. Thus, Yuan was much more receptive to Allison’s ideas  about the dangers of unbridled competition between a hegemonic power and a rising challenger. He proposed some new areas for Sino-American cooperation, such as Afghanistan, and argued that Beijing must “千万百计” [exhaust every means] to avoid a direct conflict with the United States.

A final reflection in the journal— by Senior Colonel Ke Chunqiao, also a historian— focused on Germany’s rise prior to the First World War. Colonel Ke contended that to avoid the “Thucydides Trap,” great powers must make rational and scientific strategic choices, while avoiding goals that are either not feasible or provocative. Taking European diplomacy prior to the First World War as a focal point, he blamed Germany for departing from Bismarck’s more cautious diplomacy and adopting overly ambitious strategic goals. Finally, he noted that Berlin adopted this posture despite the fact that the naval gap with Great Britain remained very wide and that the Kaiser’s inclination to engage in a naval arms race with London “ran up against England’s strategic red line.”

It is undoubtedly a positive sign that Chinese military scholars are chewing over this vital history. Of course, it would be an exaggeration to suggest that Thucydides’ ideas have had a major impact on China’s diplomacy and military policies. Senior Colonel Zhou’s critique of Allison, moreover, demonstrates a reluctance to engage directly with Western conceptions of great power interaction. This may reflect strategic narcissism to a degree, but also genuine differences in traditional Chinese diplomacy that ought to be recognized.

The other two pieces in the journal, by Dr. Yuan and Senior Colonel Ke, are more receptive to reflecting on the nuanced meaning of the “Thucydides Trap.” As such, they are more reassuring. Dr. Yuan’s piece illustrates that the PLA is not as isolated as some have claimed, and is at least somewhat open to airing the views of top civilian experts. Moreover, Senior Colonel Ke’s piece shows a certain awareness within the PLA of the grave dangers of an unrestrained “海军派” [naval faction] and a maladroit diplomacy that “四处树敌” [makes enemies in all four directions].