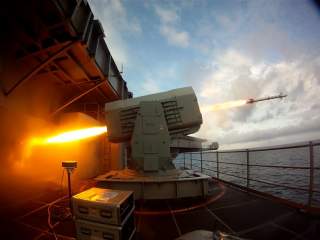 After decades of high tensions between Taipei and Beijing and the looming shadow of a devastating war between the United States and China, relations in the Taiwan Strait underwent a major transformation in 2008 with the election of Ma Ying-jeou and the return to power of the Kuomintang (KMT).

Over the seven years that followed Ma’s victory, Taipei and Beijing made substantial strides in liberalizing their interactions, signing 21 bilateral agreements, opening the floodgates of tourism and investment, and facilitating academic exchanges. Amid the cross-strait summits and handshakes, the international community breathed a sigh of relief, optimistic that the old tinderbox could soon be shelved—as long as we ignored, that is, the mounting apprehensions of a segment of Taiwanese society, which saw behind the rapprochement evidence of Beijing’s machinations to bring about “one China.”

Those fears notwithstanding, it would be difficult to argue that progress wasn’t made in fostering more amicable relations. Instrumental to that success was the so-called “1992 Consensus,” a rhetorical construct that became the mechanism under which Taipei and Beijing, through their respective semi-official agencies, conducted dialogue and negotiated agreements. Although its legitimacy is very much in question—Lee Teng-hui, who was Taiwan’s president at the time of its alleged creation, denies its existence, and the opposition Democratic Progressive Party (DPP) does not accept it as a precondition—the Consensus has provided enough common ground and sufficient wiggle room to permit constructive exchanges between the two sides.

For the KMT, the Consensus was the platform, while the Chinese Communist Party (CCP) set it as the prerequisite for negotiations. Both sides papered over their ideological differences and agreed to disagree on the “one China” clause at the center of the Consensus: both agreed in principle that there is “one China,” but conceded that there are differences on what they mean by “one China.”

This charade may have been imperfect and its validity may be questionable, but the framework yielded dividends and allowed the relationship to flourish, so much so that Taiwan’s Ministry of Foreign Affairs has described it as the “foundation for cross-strait peace and stronger international links.”

Given what has been achieved under the Consensus, it would be logical to assume that Beijing would seek its continuation. However, recent comments by Chinese President and CCP Chairman Xi Jinping, as well as articles appearing in official Chinese media, indicate that the Consensus no longer suffices. What Beijing seems to have in mind could have serious ramifications for cross-strait stability and is sure to cause a storm in Taiwan’s political scene, where the framework is already regarded as controversial and unpalatable to the DPP.

Xi now insists that future exchanges will be contingent on the Taiwanese side acceding to the Consensus minus the part about “different interpretations.” In other words, the built-in flexibility that has made the Consensus a success is to be obviated, and the baseline has moved. Beijing’s new position is that there is only “one China,” of which Taiwan and “the Mainland” are indivisible components. By adhering to this new concept, Xi said, political parties in Taiwan should not have any problems dealing with the “Mainland.” (Significantly, many Chinese visitors to Taiwan in recent years have insisted on being called da lu ren—“people from the Mainland”—rather than zhong guo ren, or “Chinese people.”)

This departure from a framework that has arguably served as a “foundation for peace across the Taiwan Strait” underscores Xi’s growing impatience with the slow pace of progress (in Beijing’s view) in resolving the Taiwan “question.” It is also part of a strategy of gradual escalation, one in which the norms, or baselines, are constantly shifting to reflect Beijing’s preferences.

By moving the goalposts, China forces Taipei to whittle away its sovereignty simply to be able to continue negotiations with China and to avoid resurrecting the tensions that previously threatened regional peace and stability. Boiled down to its essence, Beijing’s strategy is to set the rules and to cultivate the perception through a sustained propaganda campaign that whoever refuses to play by them (as the DPP likely will) is a “troublemaker” who risks plunging the region into an unwanted war. Furthermore, Beijing knows that it can count on Washington and other capitals, fixated as they are on avoiding conflict with China, to pressure Taipei to recognize the new lines in the sand.

(Recommended: The Next Flash Point between China and America: Taiwan?)

Beijing is simply using tried and tested negotiating strategies. By adopting a maximalist position (raising the demand), Beijing ensures that the less controversial state (the current 1992 Consensus) becomes the baseline, while everything that falls short of that (the DPP’s position) is now an outlier.

Even if, initially, setting a new baseline will cause headaches for the KMT, its principal partner in Taipei, Beijing is not taking a terrible risk. Although Andrew Hsia, minister of Taiwan’s Mainland Affairs Council, recently said that conditions in the Taiwan Strait are not ripe for a change in the ‘92 framework, plans are already afoot within the KMT to transcend the consensus.

Kao, who is believed to have considerable influence on Chu, is chairman of the 21st Century Foundation, one of the organizations behind the Cross-Strait Peace Forum, which since 2013 has served as a platform for discussions on the “peaceful” development of cross-strait relations with strong pro-Beijing undertones. (The 80-year-old recently held a banquet for members of a delegation of pro-unification groups that met with Mr. Xi in Beijing in September 2014, where the Chinese leader reiterated the stillborn “one country, two systems” formula for Taiwan.)

Mr. Chu, who in January this year replaced a much weakened Mr. Ma as chairman of the KMT, is therefore expected to come under great pressure from both Beijing and within his party to adjust the KMT’s position on the 1992 Consensus and thus ensure that channels with Beijing remain open. Although he may initially reject commencing negotiations on controversial issues such as Taiwan’s political status, which would not receive public approval in Taiwan, his party will nevertheless be compelled to move closer to Beijing’s new goalposts. Doing so will be much less onerous for the KMT— compared with the DPP— because its whose maneuvering room lies between its current adherence to the original 1992 Consensus and recognizing the new baseline set by Mr. Xi. The DPP, on the other hand, rejects the Consensus altogether.

Beijing’s timing is also not coincidental. Taiwan will hold presidential elections in 2016, in which the China factor will, as always, figure prominently. By raising the 1992 Consensus—and by revising its basic premises—one year prior to the election, Mr. Xi ensures that the framework under which cross-strait exchanges have occurred over the past two decades will be a major policy issue in the campaign.

More importantly, by making adherence to the 1992 Consensus no longer sufficient to meet Beijing’s expectations (and by rebound, to ensure stability in the Taiwan Strait), Beijing will put the DPP in an extraordinarily difficult position. It’s easy to see how this can be a lose-lose situation for a future DPP candidate. If, by some miracle, the DPP were to move towards recognition of the 1992 Consensus (the new baseline), it would inevitably alienate its voter base, which already cannot countenance the “one China, different interpretations” clause in the existing framework. Doing so would furthermore set a new bottom line for the KMT to improve upon, which it could accomplish by moving closer to Mr. Xi’s new concept ever so slightly.

Conversely, by refusing to move towards recognition—which almost certainly will be the party’s decision—the DPP would risk once again being regarded as the party that, if elected, would fuel tensions in the Taiwan Strait. It would thus become a prime target for external interference in Taiwan’s electoral process, as occurred prior to the 2012 elections when Washington sabotaged presidential candidate Tsai Ing-wen’s campaign with alarmist leaks to the media. Although Washington vows it won’t interfere in Taiwan’s elections, a sufficient number of experts close to the administration will, under certain circumstances, express their doubts about the DPP in order to stack the deck in the KMT’s favor.

And lastly, in the eventuality that the DPP surmounts all those challenges and prevails in the elections, Beijing could then decide (provided Mr. Xi is patient enough) to freeze exchanges for four years, undermine Taiwan’s China-reliant economy, discredit the DPP, and meanwhile cooperate with the KMT to orchestrate its return in 2020.

Mr. Xi’s cunning move puts the DPP in a tight spot. It may not necessarily be a coup de grace, provided that the international community recognizes that Beijing’s expectations are unacceptable to the great majority of Taiwanese and therefore doesn’t force the party to give in to Beijing’s strategy of incrementalism. Still, by upping the ante, Beijing may have created a situation in which coming to Taiwan’s “defense” by challenging Mr. Xi’s new position implies fighting for the maintenance of the 1992 Consensus, and thus force the DPP to relax its stance by recognizing a mechanism it currently regards as illegitimate.