Is China Destined to Be Number One? 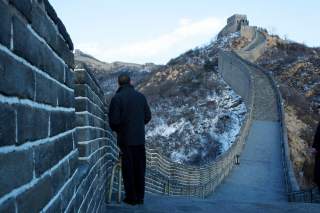 The distinguished Singaporean diplomat and scholar Kishore Mahbubani first rose to public prominence in the pages of the National Interest, where he published an essay in its summer 1992 issue called “The West and the Rest.” In it, he demonstrated a talent for eloquently saying things that many people in Washington, DC did not want to hear. For one thing, he argued that the West was drawing precisely the wrong lesson from the end of the cold war. The dominant mood, he said, seemed to be that the West had won the cold war and all that it had to do was hew to its current course. But this was wrong. He argued that “in a shrinking and increasingly overcrowded world, in which the population of the West constitutes an ever smaller percentage, a comprehensive new strategy is needed; and that an aggressive effort to export Western values does not constitute such a strategy, but will only serve to aggravate already serious problems.”

Mahbubani’s essay created a stir when it appeared, something that his subsequent books and articles have also accomplished. His books include The Great Convergence, Can Asians Think? and The New Asian Hemisphere. He is currently the dean of the Lee Kuan Yew School of Public Policy at the National University of Singapore and has previously served as Singapore’s ambassador to the United Nations. He has also won numerous distinctions, including being named one of Prospect magazine’s top 50 thinkers in 2014. A lucid and elegant writer, he is seldom less than provocative.

But as his interview with TNI demonstrates, it is provocativeness allied to profundity. Mahbubani asserts that Americans must begin to prepare themselves for a new world in which China is the number one economic power. Is China's rise really a forgone conclusion? Would it, moreover, lead to armed conflict between the two, as some analysts fear?

Mahbubani does not believe that tensions between China and the United States would be fated to increase. On the contrary, he suggests that America’s influence and reputation may even prosper in a multi-polar world. It is the unilateralist decades since 1989, he maintains, that have allowed Washington to squander its power and stimulated anti-Americanism. A return to the more pragmatic principles enunciated by Richard Nixon and Henry Kissinger, he concludes, would serve America better than attempting to lash out at an inevitable change in world order.

Will his call for circumspection be heeded? Or will Washington adopt a different course? Mahbubani’s observations provide a firm basis for a vigorous debate about America’s true purpose abroad and at home.