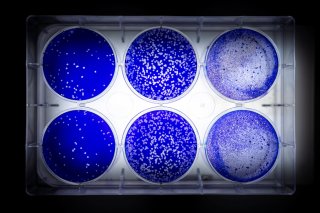 Recently, the myth that China is somehow complicit in the coronavirus pandemic—and may even have engineered the virus—has circulated among conspiracy theorists and some media outlets.

A range of pundits, “experts” and some government officials who do not directly accuse China of causing the pandemic have implied as much with the use of military metaphors or by applying labels that suggest intent. President Donald Trump, for example, has repeatedly referred to the coronavirus as the “China virus.” Though Chinese officials clearly fumbled at several points in their response to the disease, there is little evidence that they planned a pandemic. Lost amid all this finger-pointing is a basic logic of agency; what would China hope to gain from the use of such a viral “weapon”?

Nations and groups do weaponize viruses but the characteristics of an effective weapon differ markedly from the coronavirus. Weapons are designed to kill or incapacitate specific targets while ensuring some degree of safety for their operators. The most desirable weapons are generally quick, precise and effective. The coronavirus achieves none of these criteria. The effects of the virus are somewhat ponderous—the incubation period can be days or even weeks—and are difficult to anticipate epidemiologically. The majority of victims may not even be aware that they have been infected. Further, few among likely targeted groups are destined to become ill.

Artillery rains down death on enemy formations, even civilians, while keeping the gunners at a safe distance from the battlefield. As we have already seen, the Chinese population is far from safe from the coronavirus. The virus has run through China, devastating that country’s population and economy. Cannons that explode when their gunners fire them are unpopular with their users.

Biological weapons can attack a target in subtle ways, so as not to raise suspicion. Yet the very fact that some people are now claiming that China created the virus suggests that subtlety has not been achieved—if it was even intended to begin with. Presumably, China could have masked the source of the virus by letting it originate anywhere except China, as indeed Soviet biological warfare planners intended to act during the Cold War.

One could assert (again without evidence) that Chinese officials callously infected their own citizens in order to blaze a path to the United States and everywhere else, covering their tracks by killing their own people. But the pandemic has heavily disrupted the Chinese economy, incurring losses that ultimately weaken the very Chinese elites who would have had to order such an attack. More to the point, even if no one in China got sick from coronavirus and only populations in the West fell victim, disproportionate economic harm would (and will) still befall China.

China’s core development strategy of export-oriented growth fostered rapid economic growth in recent decades, often at the expense of free and fair competition with the West. Trump and others have rightly chastised the Chinese leadership for its willingness to pursue prosperity in China at the expense of workers and manufacturers everywhere else. But this same growth strategy ensures that China is far more vulnerable to a sudden economic downturn abroad. As world markets contract in response to the coronavirus, China is destined to incur economic pneumonia.

Intentionally imposing a pandemic on China’s trade partners is tantamount to an entrepreneur attacking the products of his own company or a jockey reining in his own racehorse. While not impossible, such actions seem highly counterproductive. When the dust from this pandemic settles, it is likely to be China—not the United States—that has suffered a greater proportional loss. Weapons are designed to win contests, not lose them.

To be sure, China intends to compete with the United States today and in the future.  But its goals in doing so presumably involve benefitting China, and nothing about infecting the world with the coronavirus bodes well for Beijing. A smarter way to begin to prepare for competition with the Middle Kingdom is to consider how it will attempt to overcome, utilize, or unwind the structural economic dependencies that it itself has fostered. In this, paranoia is a poor proxy for good strategy.

The United States needs to begin to consider how China will attempt to prevail and how to combat that effort. At the same time, a variety of interdependencies ensure that China and the West retain goals in common. Not every adversary is intentionally malicious.

Erik Gartzke is Professor of Political Science and Director of the Center for Peace and Security Studies (cPASS) at the University of California, San Diego, where he has been a member of the research faculty since 2007. He has written on cyberwar, trade and conflict, and the effects of economic development, system structure and climate change on war. Dr. Gartzke’s research has been published in numerous academic journals and edited volumes. He received a PhD in Political Science from the University of Iowa in 1997.