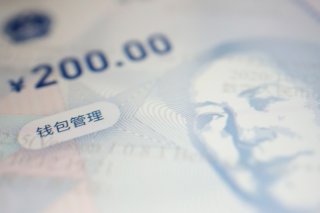 Some people say that China’s leadership is all but magical. It has beaten the coronavirus pandemic before the United States or the rest of the world and has its economy roaring back much faster than others. It is true enough that China’s official statistics report a drop in infections and strong economic growth. Though Chinese figures, most especially from official sources, always include a hefty dollop of political leavening, there is nonetheless reason to accept these reports as broadly true of China’s present reality. But such glowing news misses the severe underlying problems facing that economy and its dubious longer-term prospects.

For now, China’s National Bureau of Statistics reports little but upbeat news. November export figures show a 21 percent jump from a year ago. The most recent report on China’s overall economy indicates that it grew 4.9 percent in the summer quarter from the same period in 2019, slower than China’s historic growth rate but robust nonetheless. Industrial production in October rose 6.9 percent from year-ago levels. Retail sales rose 4.3 percent during that same time. Investment spending on productive facilities rose a less impressive 1.8 percent but should pick up in coming months as direct foreign investment in China has risen a remarkable 18.4 percent during this time. This all speaks to a powerful and undeniable growth momentum going into 2021.

Encouraging as this economic pickup is for the period immediately ahead, China’s demographics casts a long and ominous shadow. After all, Beijing had maintained a one-child policy for decades, China’s leadership has effectively cut the country off from the sort of workforce that so contributed to the amazing growth of the past forty-some years. In place of the plentiful, eager workforce of China’s past, the policy has ensured an acute shortage of workers in the economy’s future. The figures are striking. United Nations statisticians project that over the next few decades China’s workforce will actually shrink 6.8 percent. Whereas today China has almost five people of working age for every American equivalent, these demographic trends promise to shrink that edge by half.

On top of this problem, China also labors under a fundamental flaw in its growth model. The approach China still uses worked wonderfully well in the early stages of economic development.  Like Japan before it, China years ago oriented its economy toward exports. Official policy discouraged consumption to free up resources for the construction of factories and infrastructure, including worker housing, needed to manufacture and move products for sale to the developed world. Because China’s economy was so underdeveloped, this approach paid handsome dividends, to which the stupendous growth recorded in the latter decades of the twentieth century and the early years of this century testify.  But as Japan had learned before and Beijing admitted, the model is only good for the initial decades of growth. Chinese premier Wen Jiabao made that clear as early as 2007 when he called out the limitations of the export-investment approach and pledged to sustain future development by shifting the growth model toward the consumer-driven approach that is common in the developed world.

But China has failed to make the adjustment. Back in 2007, when Wen Jiabao made his announcement, the Chinese consumer commanded to some 37 percent of the economy, compared to some 70 percent focused on the consumer in the American and European economies. Back then, exports and investment dominated China’s economy, commanding fully 49 percent of total output. At last measure, Chinese consumers command only slightly higher 39 percent of the economy, while exports and investment combined still dominate at an only slightly reduced 45 percent of the economy.  China’s economy, in other words, remains as lopsided as it was. Worse still, the authorities during this long interim period when they failed to adjust the shape of their economy, have bolstered growth by redoubling the investment practices of the past. Some of their efforts, to be sure, have focused on technology, but most have still gone to more factories and more infrastructure. Unlike during China’s underdeveloped past, however, the more recent apartment complexes have remained empty and rail links have gone nowhere useful. Impressive as they look to visiting journalists, these expensive investments have not paid the growth dividends earlier such efforts did. A sure sign emerges from the poor performance of worker productivity, which, instead of soaring, as it did in the earlier phase of development, has declined every year since 2010.

In many respects, this misplaced investment gets to a still more fundamental failing of China’s system. Because the economy is centrally planned and controlled, it misses the kind of diversified economic experimentation available to more market-driven economies. In less centrally directed economies, thousands of private firms and individuals pursue any number of new ideas and projects. Many of these ventures fail and leave a legacy of debt and waste, but because the effort is diversified, that waste and debt pales next to the returns on those projects that succeed. On balance, the economy gains. But in China’s centrally planned arrangement, such effort is much less diversified. Instead, it concentrates massively on the few directions favored by the authorities. And because China’s development has made future needs less obvious than they were in the country’s underdeveloped past, more of the projects initiated by the authorities miss economic needs and fail to generate the income necessary to discharge the debt incurred by pursuing them. The extent of those mistakes is evident in a comparison of debt levels relative to the size of the economy. Over the past ten years or so, the economy has risen at a 6.3 percent annual rate while debt has expanded at more than twice that rate, 15 percent in the last year alone so that in 2020, all debt—mostly at provincial and municipal governments as well as state-owned enterprises—amounts to 335 percent of China’s gross domestic product (GDP).

It is more than a little ironic that so much of the positive reporting on China by American and European journalists views these wasteful projects as evidence of strength. They visit China, or they did before the pandemic severely curtailed international travel, and are dazzled by huge construction projects and rows of shiny high-speed locomotives. Without questioning whether these projects represent the most effective use of the huge amounts of labor and capital involved, these journalists express regret that their own countries cannot marshal resources the way China’s top-down planners can. They do not seem to consider whether China’s economy might have had better uses for those resources, human, financial, and natural. It should be apparent that such questions need asking, that these planners have largely missed the nation’s needs and are not likely to catch on any time soon.