Is China Getting Ready to Wage a 'People's War' in the South China Sea? 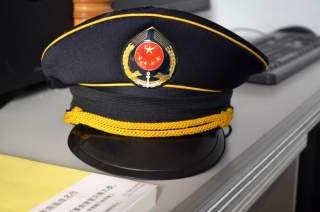