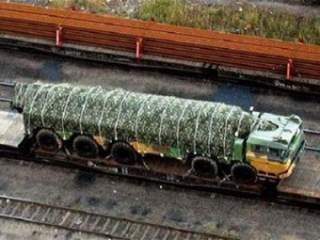 CHINA IS INCREASINGLY A FORCE TO BE RECKONED WITH, not only economically but also militarily. Its aggressive stance toward some of its neighbors, along with Asia’s growing economic importance and the need to assure U.S. allies that Washington will increase its attention to the region despite budgetary challenges and fractious domestic politics, prompted the Obama administration to announce a “rebalance” toward Asia. Now Beijing’s relations with Japan—which has been indulging in what China sees as alarming spasms of nationalism, including a recent visit by Prime Minister Shinzo Abe to the Yasukuni shrine—have deteriorated to their lowest level in many years. In addition, China’s efforts to undermine Japan’s administrative control over the disputed Senkaku/Diaoyu islands are raising the possibility of a crisis that could draw in the United States by challenging the credibility of U.S. extended deterrence. To deter negative Chinese actions in this vital but volatile region while avoiding dangerous escalation, Washington must better understand the ultimate instrument of Chinese deterrence: the People’s Liberation Army Second Artillery Force (PLASAF), which controls the country’s land-based nuclear and conventional ballistic missiles and its ground-launched land-attack cruise missiles.

Possessing the world’s second-largest economy and a growing defense budget has enabled China to deploy more formidable military capabilities, such as the world’s first antiship ballistic missile (ASBM) and largest substrategic missile force. Wielding such conventional capabilities, it seeks to increase its leverage in disputes regarding island and maritime claims in the East and South China Seas and to deter or if necessary counter U.S. military intervention in the event of a conflict with one of its neighbors. Meanwhile, continued development of its nuclear forces—with a new mobile intercontinental ballistic missile (ICBM) reportedly capable of carrying multiple independently targetable reentry vehicles (MIRV) under development and its first effective nuclear ballistic-missile submarine (SSBN) going on a deterrent patrol this year—indicates China’s determination to further improve its position at the great-power table and force the United States to respect its vital interests.

Like its home nation, the PLASAF is itself increasingly a formidable force. Thanks to top-tier industrial capabilities and long-term strategic prioritization, it boasts what the National Air and Space Intelligence Center (NASIC) calls the world’s “most active and diverse ballistic missile development program,” with both types and numbers expanding; longer-range, more accurate, improved-payload missiles being tested and introduced, even as older systems are upgraded; and new units being formed. China’s missile force has deployed a variety of systems, including short-range ballistic missiles (SRBMs) opposite Taiwan; mobile, conventionally armed medium-range ballistic missiles (MRBMs) for regional deterrence and conventional-strike operations; and new mobile, nuclear-armed ICBMs for strategic deterrence.

From its establishment in the late 1960s until the late 1980s, the missile force was responsible only for a small, outdated and potentially vulnerable arsenal of nuclear missiles, but since the early 1990s it has added a conventional-strike mission and improved its nuclear capabilities. In sharp contrast to its relatively humble beginnings, it now controls a more sophisticated and survivable force of nuclear missiles capable of reaching the United States and regional targets as well as what has emerged as the world’s premier conventional ballistic- and cruise-missile force. The latter now includes not only the SRBMs it began introducing in the 1990s, but also conventional MRBMs capable of striking regional air bases and ASBMs designed to target U.S. aircraft carriers. Underscoring the Second Artillery Force’s growing importance to China’s national defense, in a December 2012 meeting with PLASAF officers, Chinese leader Xi Jinping described the force as “the core strength of China’s strategic deterrence, the strategic support for the country’s status as a major power, and an important cornerstone safeguarding national security.”

CHINA HAS BEEN TAKING OTHER MEASURES AS WELL. To increase its influence over disputed territorial and maritime claims around its contested periphery in peacetime and—if necessary—through wartime operations, China has developed and deployed the world’s foremost force of theater ballistic missiles. It has fielded a large, diverse array of increasingly capable SRBMs, particularly within range of Taiwan. Following a period of rapid growth in the last decade, the total number of SRBMs seems to be holding relatively steady over the past few years, but China continues to enhance or improve the force in other ways (for example, by swapping in newer missiles with better range, accuracy and warhead types). By December 2012, China’s inventory of SRBMs stood at more than 1,100. The PLASAF also fields the ground-launched variant of the DH-10/CJ-10 land-attack cruise missile, with a range of up to 2,000 km. The vast majority of China’s many other cruise missiles are controlled by the service on whose platforms they are deployed.

Conventional DF-21C (CSS-5) MRBMs, which have a range of at least 1,750 km, and DF-21D ASBMs, with a range of at least 1,500 km, represent an important strategic deterrent and a growing long-range conventional precision-strike capability. China currently deploys fewer than thirty launchers of the former and an unknown but growing small quantity of the latter (multiple missiles can use a single launcher). China has developed—and fielded since 2010 in limited numbers—the world’s first ASBM. Future developments will include longer-range conventional-strike capabilities, such as conventional intermediate-range ballistic missiles (IRBMs). Indeed, NASIC assesses that “the PLA is developing conventional intermediate-range ballistic missiles (IRBM) at a steady pace, to increase its capability for near-precision strike out to the second island chain.” The PLASAF’s capabilities for long-range conventional missile strikes are particularly critical given the nascent or limited long-range conventional-strike capabilities of the People’s Liberation Army Air Force and People’s Liberation Army Navy (PLAN). According to NASIC, “China’s emerging missile strategy will be marked by increased shooter survivability, enhanced operational flexibility, and significantly greater reach and precision.”

At the theater level, China’s missile force is capable of supporting a variety of types of campaigns against Taiwan. According to the Department of Defense, while “China today probably could not enforce a full military blockade, particularly if a major naval power intervened,” its “ability to do so will improve significantly over the next five to ten years.” China’s missile force could also strike key targets on Taiwan with short-range missiles or participate in operations against other potential regional adversaries, such as Japan, Vietnam and the Philippines.

AFTER RELYING ON A SMALL, relatively unsophisticated and potentially vulnerable nuclear force for several decades, China is now well on the way to a more credible nuclear retaliatory capability, mostly because of the PLASAF’s deployment of more survivable mobile ICBMs. Importantly, Beijing continues to adhere to a “no first use” policy, though there have been debates about the circumstances under which it would apply, and some Chinese military publications indicate that the PLASAF’s nuclear capabilities could help to deter conventional strategic attacks against China.

How quickly is China moving? Some caution is in order here. China is not “racing to parity” with the United States and Russia, as some observers in the two nuclear superpowers have suggested, but it is enhancing its nuclear capabilities by increasing the size and sophistication of its strategic missile force to respond to what it sees as threats to the credibility of its nuclear deterrent. Specifically, Beijing is modernizing its nuclear force to enhance its survivability, increase its striking power and counter missile-defense developments. In addition, China is enhancing its nuclear command and control. According to the U.S. Department of Defense, “The PLA has deployed new command, control, and communications capabilities to its nuclear forces. These capabilities improve the Second Artillery’s ability to command and control multiple units in the field.”

Under way for decades, Chinese nuclear modernization can be traced back to concerns about the viability of China’s traditional strategic posture that were highlighted in Chinese military publications released in the 1980s. In particular, Beijing became concerned about what it perceived as potentially threatening advances in adversary intelligence, surveillance and reconnaissance, conventional precision strike and missile-defense capabilities. While China’s overall approach to nuclear weapons may not have changed, its nuclear force is becoming larger and more advanced. The transition to a somewhat larger, much more modern nuclear force that includes road-mobile ICBMs and SSBNs, the latter controlled by the PLAN, is providing China with a more survivable—and therefore more credible—nuclear deterrent. This is in keeping with official documents like China’s biannual defense white papers, in which China has underscored its determination to deploy the “lean and effective” nuclear force it views as necessary to meet its national-security requirements.

Most nongovernmental experts believe that China currently has several hundred nuclear warheads. For example, in the Bulletin of the Atomic Scientists, Hans Kristensen and Robert Norris estimate that China has roughly 250 nuclear weapons. China possesses MRBMs and IRBMs for regional deterrence missions, and silo-based and road-mobile ICBMs capable of striking targets anywhere in the world. NASIC projects that China’s ballistic-missile force will continue to grow by size and type, and that “the number of Chinese ICBM nuclear warheads capable of reaching the United States could expand to well over 100 within the next 15 years.”

For regional nuclear-deterrence missions, China currently fields five to ten launchers for the limited-mobility single-stage liquid-propellant DF-3 (CSS-2) IRBM, which has a range of at least 3,000 km, and fewer than fifty launchers each for the DF-21 and DF-21A (CSS-5 Mod 1 and 2) MRBMs. Many observers expect that these older DF-3 missiles will likely be retired from service in the near future, as China has been transitioning to a more survivable, road-mobile theater nuclear force composed of DF-21 and DF-21A MRBMs, both of which are solid-propellant road-mobile missiles with ranges of at least 1,750 km.