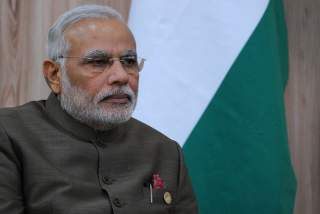 In his September 17 op-ed in The Hindu, Xi Jinping proclaimed China and India “the two engines of the Asian economy.” He exhorted both countries to push forward on joint economic and strategic initiatives that would cement their leadership roles in an increasingly multipolar world. Through words and deeds, such as his recent signing of concrete bilateral agreements with Indian prime minister Narendra Modi, Xi has continued to chip away at the cautious façade that has characterized Chinese foreign policy over much of the past three decades.

Indeed, Deng Xiaoping’s strategy of “keeping a low profile” seems less central to China’s foreign affairs under its new leadership. Xi has taken a more proactive path. In recent years, while not shying from confrontation with adversaries to its east and southeast, Beijing has simultaneously sought to reinvigorate old friendships. Not since the era of Zhou Enlai, who joined with Jawaharlal Nehru to promote the nonaligned movement of the 1950s, has China so assertively built ties with its Himalayan neighbor. In his three-day visit to India this past week, Xi strove to bind up old wounds, promising to seek resolution of the two nations’ territorial disputes, and explored new avenues of economic and diplomatic cooperation that would encourage broader transfer of technology and intellectual capital and further align the two states behind a shared conception of “fair and reasonable” international governance.

Xi and Modi, who have both cultivated far more populist images than their predecessors, Hu Jintao and Manmohan Singh, seem to share a special rapport. Modi visited China four times as Chief Minister of Gujarat, and Xi said that his first meeting with the Indian leader, at the BRICS summit in Fortaleza, Brazil, was like being reunited with an old friend. Modi also seems to admire the Chinese model of economic development. He has called for India to pursue similar advancements in infrastructure and manufacturing—areas in which Xi has proven eager to assist. The dozen bilateral agreements signed by the two leaders during Xi’s visit include a pact promising Chinese involvement in a high-speed rail project linking Chennai, Bangalore and Mysore, and a memorandum of understanding that will facilitate development of major Chinese industrial parks in Gujarat. The leaders also pledged to begin talks on civil nuclear cooperation, as well as counterterrorism and other security issues.

The proposed Sino-Indian rail project comes just weeks after Modi and Japanese prime minister Shinzo Abe resolved to cooperate on a planned high-speed rail link between Ahmedabad, the largest city in Gujarat, and Mumbai. During Modi’s visit to Tokyo, Abe pledged his readiness to provide technical and operational support, which would allow India to build a system similar to its Shinkansen network of bullet trains. Rather than opening a new line, the Sino-Indian agreement provides a blueprint for Beijing’s role in modernizing an existing, ordinary line. Chinese experts will help upgrade tracks to create high-speed corridors, redevelop existing stations and train over 100 Indian Railway personnel in systems-monitoring and rail-traffic control.

On the Chinese side, these agreements represent an earnest effort to broaden economic ties and improve strategic relations. But they are also meant to balance against Beijing’s adversaries, far and near. In the face of the U.S. rebalance, China has attempted to reinforce its own network of alliances in Central and Southeast Asia, while also edging out Tokyo. Both the United States and Japan have vied for a role in India’s campaign to expand its nuclear-energy production. Washington did so via its 2008 nuclear agreement with New Delhi, and Japan and India resolved to seek further collaboration on nuclear energy just weeks ago, during meetings between Abe and Modi. But efforts to bring foreign firms into the Indian nuclear-power sector have been largely stymied by an Indian law that would assign heavy liability to those firms in the event of a nuclear accident. Though unlikely, if Beijing successfully negotiates cooperation with India in the sector, it will have opened China’s path to a share of the over $150 billion in expected Indian nuclear projects over the next several decades.

Despite these bilateral steps, the hopeful spirit of the summit was undermined by another standoff over the two countries’ Himalayan border. In last week’s incident, several hundred Chinese troops transgressed the Line of Actual Control (LAC) and traveled about two kilometers into the Indian state of Ladakh, where they were confronted by a larger Indian force. Both sides set up camp in the contested area and only withdrew to more distant positions, albeit still on a disputed section of the plateau, after Modi raised the issue with Xi at a special meeting. China’s People’s Liberation Army troops regularly make small incursions across the LAC, but rarely set up camp on disputed land. This recent episode stands out for its severity and for its unfortunate timing, and indicates that at least some elements in the Chinese military and government hope to keep the border issue red-hot. Continued provocations along the LAC will degrade bilateral relations, and limit prospects for Sino-Indian cooperation in other areas.

In order to forge a reliable economic and strategic partnership with India, Xi must push ahead with foreign policy in the manner of Zhou and not regress to the more diffident approach favored by his predecessors Jiang Zemin and Hu Jintao. He must reach out to New Delhi, and show he is willing to address the territorial disputes and other “leftover issues from history.” Most importantly, along with his boldness, Xi must show a genuine desire to work with New Delhi towards the two nations’ common goal—reshaping international institutions and norms to better address the needs and aims of developing countries. Though China has raced ahead of India economically and militarily, it must approach its neighbor as an equal participant in that broader effort. Doing so would prove that, as Xi has claimed, the Middle Kingdom truly aims to make the pie of common interests bigger, and not just secure a bigger slice of prosperity for itself.

James Tyson is a research assistant in the Brookings Institution’s Foreign Policy program, and was a 2012-2013 Fulbright Scholar to India.