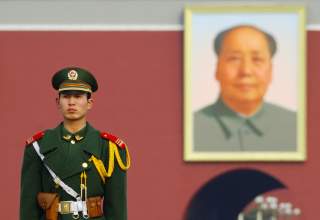 Does China’s imperial past predict its future? Does Europe’s past predict Asia’s future? These are the wrong questions to be asking. Asia is much more than simply China, and Asia itself is much more than simply a reflection of Europe. The question is not whether there are any lessons to be drawn from Europe’s bloody past; nor is the question whether there is anything essentially Chinese that we can trace back through the mists of time which will allow us to unlock the Oriental mind. Rather, the most relevant questions are whether East Asia as a region experienced any enduring patterns or dynamics, and if so, then what are the implications for regional security in the twenty-first century?

The answers to these questions is clearly, “Yes.” East Asia has usually been unipolar, and often hegemonic. Today the region has returned to unipolarity so quickly that almost nobody has noticed. Whether China can again become a hegemon, however, is far less certain.

After a tumultuous twentieth century, an East Asian regional power transition has already occurred, and occurred peacefully. Despite endless pessimistic predictions of the return of the balance of power politics to Asia, China’s rise in the region is already over. China’s share of regional GDP grew from 8 percent in 1990 to 51 percent in 2014, while Japan’s share fell from 72 percent in 1990 to 22 percent. The past quarter-century has seen a head-spinningly fast regional power transition. Countries are rapidly increasing their economic ties to China and each other. East Asian countries have steadily reduced their defense spending because they see little need to arm. China passed Japan in overall size without a blink from anyone in the region. The only remaining question is how big the gap between China and its neighbors will become. In fact, the difference in size between China and its neighbors is already so stark as to be almost impossible to put on the same chart.

This leads to an uncomfortable conundrum for all the pessimists out there who bleat endlessly about the return of power politics in Asia, or who wishfully hope for Abe to lead a powerful Japan to compete with China:

Considering the ample evidence of China’s rising power, states in the region could easily have already begun a vigorous counterbalancing strategy against China if that were their intention. It seems reasonable to argue that if states were going to balance against China, then they would have begun by now. Those who predict that a containment coalition will rise against China in the future need to explain why this has not already occurred, despite three decades of transparent and rapid Chinese economic, diplomatic and military growth. Idle speculation about what could happen decades from now provides little insight into the decisions states are making today. If China’s neighbors believed China would be more dangerous in the future, they would have begun preparing for that possibility already.

The tendency to use European comparisons to understand Asia is unsurprising. Our theories of multipolarity, alliances and balance-of-power politics were largely inductively derived from the European historical experience, but have been presented as universal phenomena. Yet the Western international system grew and spread out of something that preceded it that was quite different. Because of the triumph of the nation-state system, it is forgotten that other international orders have existed, and might exist again. The current international system is actually a recent phenomenon in the scope of world history, but to date it has generally been studied from within: scholars studied European history to explain how this European model for international relations developed over time.

Arguments about Asia’s future thus become arguments about European history, instead. And, using Europe as a lens through which to view Asia also implies that learning about Asia must not be that important. After all, if European history is all we need to understand Asia’s future, then why put in the enormous effort to master an Asian language? Why put in the years of time and effort to become comfortable with the history, culture and society of an Asian country?

As for using China’s imperial past to predict its future, there are two main problems with that approach. First, looking at China itself ignores the fact that Asia is comprised of much more than simply China, and that it is the interaction among these countries that is key to stability; not simply what China wants itself. The region has a set of enduring patterns, and it is only by looking at how the countries as a region interact with each other that we can explain the tensions, and explore their resolution. Second, looking at China, while potentially insightful, tends to end up focusing on Chinese identity and whether there is any cultural or social links that exist throughout time. That’s fine, of course, but that becomes much more an exploration of any potential Chinese civilization than it does a guide to how regional-security dynamics might play out. It takes two to tango, and exploring the regional dynamics is more insightful than simply looking at China in isolation.

What Is Different about Asia?

It is no surprise that the models derived to explain the European experience emphasize the balance of power. Shifting alliances, a war of “all against all,” and the game of “Risk” are particularly suited to explaining European wars over the last thousand years. The past millennium of Europe has been characterized by a number of similarly sized units competing viciously for the slightest advantage. Upon those occasions when one European power would temporarily gain an economic, political, or institutional advantage, it would use that advantage to its maximum advantage, because soon all others would catch up. This led to the nasty, brutish, and short nature of international relations in Europe.

In short, Japan never had a population larger than one of China’s provinces, and no country in the region was ever anywhere close to China’s size and heft. This has consequences not only for how business worked, how trade developed and how militaries functioned, but also for culture and the flow of learning and ideas. China was more powerful than anyone in Europe could imagine.

Although Chinese power has waxed and waned over the centuries, what is perhaps most enduring about East Asia has been the centrality of China. Remarkable is that after these times China fell apart, it tended to come back together. “China among equals” was always a temporary phenomenon, especially when viewed from cities such as Hue in Vietnam, Kaesong in North Korea, or Kyoto in Japan. Even during those times that China was conquered, the center of gravity remained China. As Brantly Womack has written, “the Mongols and the Manchus conquered China, but Mongolia and Manchuria did not become the new centers of Asia, nor did they obliterate the old one.”

What Is the Link between Past and Present in Asia?

Taking the patterns of East Asian history seriously provides new insights into explaining how countries view each other, themselves and the rise of China.

Most importantly, China’s rise is not new. Neither Germany, the United States, France, nor the Soviet Union existed three centuries ago in anything recognizable to their current form. But China has been hegemon and source of civilization for at least twenty centuries.

All countries in the region have to coexist with each other—none is picking up and moving somewhere else—and countries are thus dealing with that reality and seeking diplomatic, nonmilitary solutions with each other. This does not mean that countries will kowtow to China, nor that the old premodern tributary system and its particular mode of hierarchic international relations will magically reestablish themselves. Too much has changed. The world is different today. These countries have centuries of learning to deal with and push back against the massive presence of China, even as they forge stable relations with it.