China and Japan's Battle for Influence in Southeast Asia 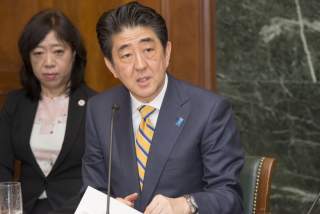 On his inaugural visit to Southeast Asia as president of China, Xi Jinping announced a plan to build a “maritime silk road.” In November of the following year, the Chinese government established the Silk Road Fund, and contributed an initial $40 billion, which will be used to invest in both overland transportation infrastructure and in “expanding ports and industrial parks in Asia, the Mideast, Africa, and Europe.” Given Southeast Asia’s market size, economic potential, and location, it is a key link in China’s maritime silk road plans.

Earlier this year, with significant international participation, China established the Asian Infrastructure Investment Bank or AIIB. The bank “will focus on the development of infrastructure and other productive sectors in Asia, including energy and power, transportation and telecommunications, rural infrastructure and agriculture development,” among other areas. Much of Southeast Asia is in need of such investment, and countries in the region may be first in line for loans when the bank formally opens it doors.

Both the maritime silk road and the AIIB are aimed at tying China’s economy more closely to those of its neighbors. China here aims not only to accrue economic benefits, but to expand its economic penetration of Southeast Asia, with associated increases in influence and power.

Such is a potentially troubling outcome, both for Southeast Asians—who desire stronger economic ties with China, but would rather not find themselves under Beijing’s thumb—and for external powers, including the United States, that have interests in the region.

Although these developments have caused some heartburn in Washington and among U.S. allies, at least one of those allies has refused to sit still. Indeed, Japan, which is an important source of foreign direct investment for Southeast Asia, has long had ambitious plans for infrastructure investment in the region. Tokyo is acting on them.

In July, Japan committed to a project it had been circling for several years, agreeing to take part, in conjunction with Burma and Thailand, in developing the Dawei industrial zone along Burma’s Andaman Sea coastline. Japan may also invest in Ennore, an Indian port across the Bay of Bengal from Dawei, thus developing its own industrial and shipping hubs along China’s maritime silk road.

More broadly, Japan and the Asian Development Bank, which it leads, have long been investing in the East-West Economic Corridor, linking Vietnam to Burma through Laos and Thailand.  Japan has also provided grant money to Cambodia for the building of a bridge spanning the Mekong River to Vietnam. In July of this year, Japanese Prime Minister Shinzo Abe “pledged 750 billion yen ($6.1 billion) in aid [to Mekong River nations], part of his plan to increase by 25 percent Japanese and ADB funding for infrastructure projects.”

Finally, the Japan Bank for International Cooperation (JBIC) has invested in the Challenger Emerging Market Fund LP and the CapAsia ASEAN Infrastructure III LP, which invest in infrastructure primarily in Asian emerging economies.

Such investments are only one piece of Japan’s broader approach to Southeast Asia. In the region, Japan’s imperial history is not the albatross that it is for Tokyo’s ties to Seoul and Beijing. When it comes to aggressors, the only country the region’s states are truly worried about is China. Southeast Asians have generally welcomed Japanese engagement, both for the economic benefits that engagement brings and as a counterbalance to growing Chinese influence.

For its part, Japan aims to build broad-based partnerships with the region’s key states. Indeed, it has established so-called strategic partnerships with Vietnam, Malaysia, Indonesia, and the Philippines. The Japanese Ministry of Defense has likewise signed memorandums on cooperation and exchanges with Vietnam, Indonesia, and the Philippines, while a Malaysian agreement is forthcoming.

Unsurprisingly, these agreements have all included provisions on maritime security, and have paved the way for joint training and the transfer of materiel. Most notable in this regard, Japan committed to helping build the capacity of Vietnam’s maritime law enforcement agencies and the Philippines Coast Guard. Tokyo has now provided Manila a low-interest loan to be used for the purchase of ten new Japanese high-speed patrol vessels. Japan is similarly providing Vietnam with six used vessels, two of which are patrol boats formerly in the service of the Japanese Fisheries Agency.

Japan-Philippines defense ties are, in particular, growing more robust. The Philippines has expressed interest in acquiring used Japanese P-3C Orion surveillance aircraft, which would significantly enhance Manila’s ability to keep an eye on its maritime territory and near seas. In May and June, the Maritime Self Defense Force and the Philippine Navy held their first-ever joint exercises. Manila and Tokyo are even exploring a visiting forces agreement, which would grant Japanese forces access to bases in the Philippines. Considering Japan’s official pacifism and its occupation of the Philippines during World War II, these mark bold steps for both countries.

Japan has even developed relations with external powers with an eye to Southeast Asia. Shinzo Abe has pursued deeper ties, especially in the defense realm, with India and Australia, both of whom have expressed growing concern about and interest in the South China Sea. Should Australia decide to purchase submarines from Japan, it would facilitate greater interoperability for the two countries’ navies as well as with the United States. And as Japanese development assistance seeks to enhance Indian economic linkages to Southeast Asia and points east, more frequent India-Japan and U.S.-India-Japan naval drills are better preparing these navies to operate alongside one another in Asian waters.

All of these initiatives amount to a lot of activity for a country that had long adopted a relatively low-profile approach to diplomacy. What does Japan hope to achieve? Should Southeast Asia remain a priority for Shinzo Abe and his successors, Japan could see a number of positive outcomes.

First, economic development in Southeast Asia is a potential boon for Japan’s own economy. The region’s growing middle class—190 million in 2012 and projected to grow to 400 million by 2020—is an attractive market for Japanese exporters, while low labor costs (relative to China) and enhanced infrastructure should attract greater Japanese foreign direct investment. If Japanese multinational investment is, moreover, diverted from China to Southeast Asia, that could serve to relieve Japanese economic dependence on Beijing.

Second, and related, overseas development assistance and foreign direct investment could limit Chinese economic penetration of Southeast Asia, or at least dilute the influence such penetration grants to Beijing. As Dan Blumenthal, Gary Schmitt, and I argued in a study on Japanese critical resource security, growing business-to-business and government-to-government ties can “make Tokyo a more important partner than it otherwise might have been,” while also making “recipients [of investment] more dependent on the Japanese market.” In other words, Japanese strategy in Southeast Asia seeks to deny China a free hand in the region.

Third, Japanese efforts to build the capacity of Southeast Asian navies and coast guards should contribute to a more equitable balance of power in the South China Sea, leading to greater regional stability. Southeast Asian maritime forces are unlikely to match those of China in number, but even a “credible minimum defense,” as the Philippines is pursuing, could force China (and other claimants) to think twice before acting aggressively in the South China Sea. As Japan is dependent on South China Sea sea-lanes for its import of crucial resources—especially energy—peace in those waters is a key Japanese interest.

Similarly, should littoral states have some capacity to defend their maritime interests, it will ensure that the South China Sea is not an “easy” problem for China. Beijing has shifted maritime assets between the South and East China Seas as tensions have waxed and waned and as Chinese priorities have shifted. Tokyo may not say as much, but it would greatly prefer that Beijing focus on and dedicate its resources to the South China Sea rather than turn its energies to challenging Japan’s control of the Senkaku islands.

Finally, preparations to fight alongside partners with interests in the South China Sea enhance deterrence, thus making conflict less likely. Of course, such preparations better position Japan to meaningfully contribute to allied efforts in the event of open hostilities.

Chinese activities in Southeast Asia and the South China Sea are rightfully causing much hand-wringing, both inside and outside the region. But even if Japan cannot match Chinese resources (though it is easy to forget that Japan remains the world’s third largest economy), Tokyo has a number of key advantages. Unlike China, Japan has no territorial ambitions in the region and its deeper engagement in Southeast Asia is not only welcomed, but sought after. Also unlike China, Japan shares common interests in the region with a number of allies and partners, including the United States, Australia, India, and South Korea.

It turns out that Beijing is not the only active player in the burgeoning strategic competition in Southeast Asia. Tokyo, for one, has been playing the game with the aplomb.