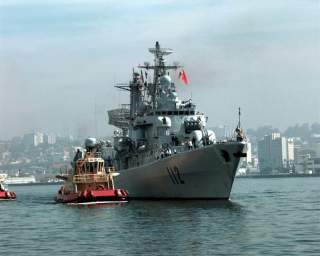 At long last, someone has figured a way out of the vexing China-Japan territorial dispute in the East China Sea over the Senkaku/Diaoyu islands (inhabitants: a small number of goats) that many fear could trigger a major military confrontation—or have they?

In a recent TNI piece, Brooking’s Senior Fellow Michael O’Hanlon offered a nifty six-point plan under which: both sides would acknowledge the others territorial claims; Japan would retain legal administrative rights, but would delegate administration to a joint China-Japan oversight board; and safety patrols and tours of the uninhabited rocks would be conducted jointly. “By establishing this sort of precedent,” O’Hanlon modestly writes, “the door might open to greater negotiation and compromise” in the South China Sea disputes.

If only life were so simple and straightforward. This is a classic case of the Rational Actor Fallacy. Or more accurately, we can call it the Rodney King Foreign Policy: why can’t we all just get along?

Is the problem in East Asia’s intractable East and South China Sea territorial disputes really that no one has been smart enough to devise compromise solutions? Or is all the angst about a bunch of uninhabited rocks more about the pathology of conflicting nationalisms, if not conflicting visions of regional order? The lesson of history is that historic distrust and suspicion are extremely difficult to overcome with reasonable diplomatic efforts to attain compromise outcomes that seek to balance contending national claims.

O’Hanlon rightly describes the respective grievances and claims of both China and Japan. For China, the dispute is emblematic of a couple of bad centuries when a weak Beijing was humiliated by foreign aggression. The Senkakus were ceded to Japan in 1895 in the Treaty of Shimonoseki, after it defeated China militarily. Beijing refers to this as an “unequal treaty” (Note to China: losing territory is what usually happens when you lose a war) and thus claims it is illegitimate. It must also grate on Beijing that although China was aligned with the winning side in World War II, it received few benefits, while the United States helped a defeated Japan rebuild. Not to mention, Japan often flirted with revisionism of its horrendous behavior during the 1930s and 40s.

O’Hanlon also correctly points out that to Japan, China’s new assertiveness is a troubling sign of a rising China with maritime ambitions that seeks primacy in the region. The rapidity of China’s rise has also been something of a psychological shock to Japan: its economy growing from about $1 trillion in 2000, less than one-fourth the size of Japan’s, to now a Chinese economy twice as large as Japan’s at nearly $10 trillion—depending on how it is measured.

It is precisely these respective pathologies that explain why tensions are on the rise not just between China and Japan, but in Asia writ large, and why the region’s military spending in 2013 surpassed that of Europe for the first time in modern history.

Against this backdrop, why would anyone think that the issue is simply coming up with the right formula for a compromise? Is that the problem preventing a two-state solution to the Israeli-Palestinian conflict? Is the problem in Ukraine that no one has come up with a compromise plan to give Putin an off-ramp, or is it because Putin has so far been unwilling to accept Ukraine as an independent nation not dominated by Moscow? Would Athens and Sparta cut a deal? Thucydides correctly assessed the fundamental reasons nations go to war—honor, fear and interest. All are present and accounted for in Asia.

This is not to say World War III is about to be unleashed. Though the analogy with 1914 Europe is often invoked, I don’t see any Archduke Ferdinand-type scenarios looming in the Asia-Pacific. Indeed, most Asian governments have honed to an art form playing the nationalist card mainly for domestic political advantage. So far, they have known when to hold’em and when to fold’em.

It is an American conceit to think that all problems have solutions. And there is no shortage of diplomatic failures to prove it. As John Kerry, ignoring the fate of his predecessors, learned the hard way in the Middle East, if a situation is not ripe for change, no amount of logic, bribes or threats by an honest broker will seal the deal.

(Recommended: China vs. America in Asia)

The problem in Asia is that they have internalized the Westphalian system all too well. With the possible exception of making money, sovereignty is very high on the list of Asian values. And sovereignty is not divisible. To outsiders, skirmishing over tiny vacant rocks might seem like two bald men fighting over a comb. But sovereignty is not a principle likely to be abandoned lightly.

That is why the best that can be expected with regard to Asia’s East and South China Sea territorial disputes for the foreseeable future is that they be managed skillfully enough to avoid or minimize conflict. Deng Xiaoping wisely had that in mind when he proposed deferring sovereignty claims to future generations while jointly developing the resources in and around disputed island territories. One can only hope that Xi Jinping harkens back to such advice.

Robert A. Manning is a senior fellow of the Brent Scowcroft Center for International Security at the Atlantic Council. He served as a member of the U.S. Department of State Policy Planning Staff from 2004 to 2008, and on the National Intelligence Council from 2008-12. Follow Robert on Twitter:@Rmanning4.