China Is Making a Bid for Global Primacy 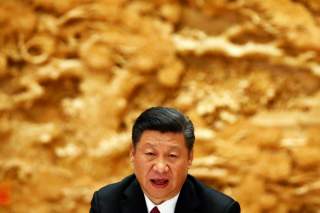 Thus, even (limited) Chinese investments may instead have a significantly negative impact on the institutions of host nations, especially where transparency and accountability regimes are sorely lacking. Nonetheless, the Asian Development Bank (ADB) estimates that Asia alone confronts an $8 trillion infrastructure-spending gap over the next decade. Developing countries in Asia need $1.7 trillion annually to cover their infrastructure needs. This makes the BRI an indispensable infrastructure boost, which will have to be welcome with cautious embrace by targeted beneficiaries.

The piece is partly based on the author’s comprehensive report on the Belt and Road Initiative for ADR-Stratbase Institute.

Image: Chinese President Xi Jinping attends a summit at the Belt and Road Forum in Beijing, China, May 15, 2017. REUTERS/Thomas Peter​