China May Soon Surpass America on the Artificial Intelligence Battlefield 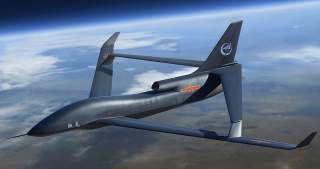 The rapidity of recent Chinese advances in artificial intelligence indicates that the country is capable of keeping pace with, or perhaps even overtaking, the United States in this critical emerging technology. The successes of major Chinese technology companies, notably Baidu Inc., Alibaba Group and Tencent Holding Ltd.—and even a number of start-ups—have demonstrated the dynamism of these private-sector efforts in artificial intelligence. From speech recognition to self-driving cars, Chinese research is cutting edge. Although the military dimension of China’s progress in artificial intelligence has remained relatively opaque, there is also relevant research occurring in the People’s Liberation Army research institutes and the Chinese defense industry. Evidently, the PLA recognizes the disruptive potential of the varied military applications of artificial intelligence, from unmanned weapons systems to command and control. Looking forward, the PLA anticipates that the advent of artificial intelligence will fundamentally change the character of warfare, ultimately resulting in a transformation from today’s “informationized” (信息化) ways of warfare to future “intelligentized” (智能化) warfare.

China’s significant progress in artificial intelligence must be contextualized by the national strategy of civil-military integration or “military-civil fusion” (军民融合) that has become a high-level priority under President Xi Jinping’s leadership. Consequently, it is not unlikely that nominally civilian technological capabilities will eventually be utilized in a military context. For instance, An Weiping (安卫平), deputy chief of staff of the PLA’s Northern Theater Command, has highlighted the importance of deepening civil-military integration, especially for such “strategic frontier technologies” as artificial intelligence. Given this strategic approach, the boundaries between civilian and military research and development tend to blur. In a notable case, Li Deyi (李德毅) acts as the director of the Chinese Association for Artificial Intelligence, and he is affiliated with Tsinghua University and the Chinese Academy of Engineering. Concurrently, Li Deyi is a major general in the PLA who serves as deputy director of the Sixty-First Research Institute, under the aegis of the Central Military Commission (CMC) Equipment Development Department.

How might China’s progress in artificial intelligence translate into capabilities for the PLA? At the CMC level, the PLA has seemingly established an Intelligent Unmanned Systems and Systems of Systems Science and Technology Domain Expert Group (军委智能无人系统及体系科学技术领域专家组), which may reflect a redoubled focus on intelligent systems. To date, the PLA has started to experiment with intelligent unmanned systems and evaluate their utility in peacetime and wartime contingencies. For instance, multiple versions of an intelligent unmanned boat, the Jinghai (精海), which has the capability to navigate autonomously and intelligently avoid obstacles, have been tested. Reportedly, the Jinghai was evaluated by the PLA’s former General Armaments Department and the PLA Navy’s Equipment Department, perhaps an indication of the navy’s intentions to acquire such a system, which could be utilized for sensing and reconnaissance missions and to reinforce its presence in disputed waters. Recently, there also appear to have been significant breakthroughs in UAV swarming. At the 2016 Zhuhai Airshow, the China Electronics Technology Group Corporation (CETC), a prominent state-owned defense industry conglomerate, in partnership with Tsinghua University, demonstrated its progress in swarm intelligence (集群智能) with a formation of nearly seventy UAVs that operated autonomously. Future UAV swarms could serve as an asymmetric means through which to target high-value U.S. weapons platforms, including aircraft carriers. Although recent claims of progress in the incorporation of artificial intelligence into cruise missiles cannot be verified, the Chinese defense industry may have achieved at least initial progress in the “intelligentization” of missiles and evidently aspires to enhance these capabilities in the future.

Ultimately, China’s advances in artificial intelligence could have immense strategic implications for the United States. Initially, the U.S. military possessed an undisputed advantage in the technologies associated with the second offset strategy. However, the uncertain trajectory of current U.S. defense innovation initiatives will be inherently complicated by the reality that today’s technological trends, especially in artificial intelligence, are not conducive to the preservation of such a decisive edge. The rapidity of technological diffusion has increased dramatically, and it is difficult to control, since cutting-edge research with dual-use applications increasingly occurs within the private sector. At this point, the future prospects for the PLA’s progress in intelligentization remain uncertain. Nonetheless, China evidently possesses the potential to compete with—or even leapfrog—the United States in artificial intelligence, among other critical emerging technologies. China’s rise as a major power in artificial intelligence could thus become a critical force multiplier for the PLA’s future capabilities.