China Should Fear a Cold Shoulder More Than a Cold War 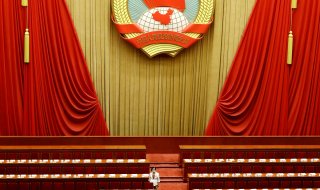 As recently as the beginning of this year, it was possible to imagine that the relationship between the United States and China might recover a measure of stability at least, if not friendship. A trade deal was under negotiation, which was later agreed, that canvassed a willingness on the part of China finally to live up to some significant commitments. Yet despite the efforts China is still undertaking to honor its commitments under the deal, there is little hope now that the relationship will indeed recover, no matter what happens in November. Attention has, therefore, turned to what the relationship will look like in the future.

Many focus on the potential for some sort of security dilemma evolving through stages of ever more complex confrontation, potentially tipping into an outright conflict of some kind. Should this threat develop, it is more likely to emerge as a proxy conflict than a direct U.S.-China spat, and thus be potentially containable, but obviously, a hot war is the worst possible outcome if it ever comes close to that. In any case, that is something for the military planners to worry about. Short of that, the danger lies in the possibility of a new “cold war” emerging between the two rivals, through progressive disengagement or decoupling.

The language of a cold war is, however, misleading, not simply because it relies on a poor understanding of the actual Cold War, but also because it discounts how disastrous such an outcome would be for China. No cold war with China could last long, which is precisely why the United States should not be overly concerned to avoid one.

In retrospect, history always looks better organized than it was at the time. Politics is messy and by the time the dust has settled enough to describe what actually happened, many fears about what might have happened have receded. Among the strategic objectives for the West after World War II was to avoid outright conflict with the Soviet Union. Yet, it is wrong to assume the Cold War was more than merely the outcome of the steps taken to do that. In effect, the term Cold War was merely the name given to the state of affairs that predominated between two superpowers wary of each other’s encroachments.

Although Orwell may have coined the term, some date the origins of the actual cold war to the ideological confrontation that arose with the triumph of Bolshevism during the First World War. The effect of this was to establish the foundations of competing economic blocks, each of which was largely self-sufficient, and it is in this broad self-sufficiency that the seeds of the Cold War were really sown. After the Second World War, or perhaps after the Yalta Conference, Europe was divided into distinct zones and the Iron Curtain descended, behind which the two sides further pursued their own separate economic development.

The famous policy developed by western strategists at the end of this war was “containment” and involved isolating the Soviet Union and the wider communist world, which was, in any event, pursuing its own separate and autarkic development unpolluted by capitalism. The Cold War, therefore, may have been grinding and miserable for many, especially those European states left behind the Iron Curtain, but like Wellington’s battle loss being only the next worst thing to a battle won, it had the virtue of avoiding catastrophe. In other words, it was a managed outcome not a policy, and vastly preferable to the alternative.

Breaking Up Is Hard To Do

Nevertheless, like the Englishman asking directions from a Welshman only to be told, “I wouldn’t start from here,” the problem with framing the future relationship between America and China as a brewing cold war is how far they currently are from such an outcome. Chimerica has been increasingly intertwined across the Pacific for decades and although there are headline withdrawals and corporate divestments announced almost daily, the road to partition is still a long one.

The danger is that the Gordian knot of cross investment has become so entangled, someone might be tempted simply to cut through it, thus confounding those that say it can’t be untied. So far, the U.S. has focused on specific companies and individuals, but this has affected the mood of the market and is likely already acting as a disincentive to future cross investment.

Even if, therefore, people get used to the idea of disengagement and the prospect of a new cold war, there are many steps to get there and each one is fraught with the potential for serious misunderstanding. The West and the Soviet Union, by comparison, were never much entangled to begin with, whereas China and the United States have a long game of economic Jenga ahead, after which the relative stability of a cold war scenario may seem like a blessed relief.

Presuming that it is possible to navigate these difficulties without incident and arrive at a situation of complete disentanglement and assuming that outcome is now broadly set (neither of which are necessarily certain), it is worth inquiring how long this could last. After all, the Soviet Union was broadly self-sufficient, was first into space, and challenged the U.S. militarily for decades on the back of its own military-industrial sector. China’s world-beating technology companies, however, face the prospect of ceasing operations if they lose access to U.S. technology.

Moreover, China conducts its international trade largely in U.S. dollars, and by its own admission, it is in no position to challenge this reality anytime soon. Furthermore, while there are many things that the Chinese economy does today that America does not do, there is essentially nothing the Chinese economy does today that Washington or its allies cannot do. The United States has already announced measures for supporting a re-industrialization of its pharmaceuticals sector, and more will inevitably follow. The reverse, sadly for China, is simply not true. Indeed, by threatening to interrupt the supplies of medicines, pharmaceutical precursors and rare earths, they are merely hastening the exodus by highlighting Washington’s strategic imperative to decouple.

The hard fact of the matter is that China is not self-sufficient in anything like the way the Soviet Union was, and by comparison, faces immediate and serious disruption if they are shut out of global capital markets, lose access to imported technology, and—most of all—lose access to critical export markets. This is the biggest problem with a so-called cold war between the United States and China. America could stabilize its own economy, partially re-industrialize in key sectors and retain its place at the center of the global economy. However, China would face an immediate seizure in its export sectors, a crisis in its capital markets and be cut off from crucial technologies. Beijing might even quickly face energy and food shortages, and that would merely mark the start of the cold war, not the end.

A Cold Shoulder Is More Likely Than A Cold War

Shifting China’s economy from its highly integrated position in the global economy comes with a lot of problems. For instance, its dependence on the U.S. dollar, foreign technology and access to global markets would all be potentially unsolvable. Moreover, Beijing would still have to deal with all of this and try to keep a central position within a separate economic block. All of this involves enormous risks and it seems highly unlikely that outcome will happen. Not least because after all the disruption, the ensuing cold war would then only just be starting. Instead of a new cold war, what China really faces is an increasingly cold shoulder. Beijing will likely continue to be shut out of key industrial and technological sectors, walled in by distrust, and ever more expected to fulfill its international commitments to a level playing field. This alone will place a significant and continuing burden on the Chinese economy, with the disastrous threat of a cold war looming as an alternative, should they fail to comply.

Douglas Bulloch holds a Ph.D. from the London School of Economics and is an international relations scholar based in Hong Kong.