China, Taiwan, and the Art of Stealing Allies 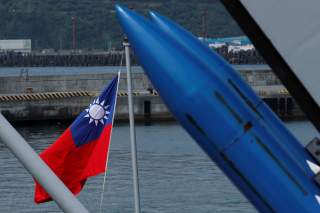 The Taiwanese government on the morning of May 1 announced that it was severing official diplomatic ties with the Dominican Republic after it confirmed reports Dominican officials were in Beijing to establish diplomatic relations with the People’s Republic of China (PRC).

The decision by the Dominican Republic comes after seventy-seven years of official diplomatic relations with the Republic of China (ROC). This latest development leaves the ROC, the official designation for Taiwan, with nineteen official diplomatic allies—most of them small states in Africa and Central America, the Pacific.

In Beijing, representatives of the Danilo Medina government also announced they would issue a statement affirming the Dominican Republic’s abidance by the “One China” principle and recognition of Beijing’s position that “Taiwan is an inalienable part of the People’s Republic of China.”

The Dominican Republic joins Sao Tome and Principe as well as Panama in countries that have severed ties with Taiwan since the Tsai Ing-wen administration came to power in May 2016. Sao Tome and Principe did so after Taipei refused to make a “donation” of $200 million—a request which had been delivered in writing almost immediately after Tsai was elected in January that year. Chatter now suggests that impoverished Haiti could be the next country to aim for official diplomatic ties with China.

Beijing does not allow dual recognition or anything that suggests “two Chinas,” thus obligating states wishing to establish official ties with the PRC to forsake their longstanding ally. The Chinese Communist Party argues that the PRC is a successor regime to the ROC, which it defeated in the Civil War that concluded in 1949. Chiang Kai-shek’s Nationalists (KMT) fled to Taiwan at the end of the war, where the ROC continued to exist as a sovereign state. Since then the ROC, which is now more commonly known as Taiwan, has turned into a vibrant and successful democracy while the PRC has tightened its authoritarian grip on its people as it continues to build a large economy. Very few Taiwanese support unification with China, while the majority of them support the “status quo,” shorthand for de facto independence.

Taiwan has a long, commendable tradition of providing efficient medical and development assistance to many of its small allies in the developing world. For its part, Beijing promises substantial infrastructure investment (which hasn’t always materialized, as Costa Rica found out at its own detriment) with little if any strings attached in terms of transparency or compliance with human rights standards.

The luring of Taiwan’s official diplomatic allies is one of many means by which Beijing has sought to pressure and punish the Tsai administration—and Taiwan in general—for its refusal to acknowledge a fabricated “1992 consensus,” which Beijing has long made a precondition for cross-Strait dialogue, or to abide by a “One China” framework which, under Xi Jinping, has largely dispensed with the “different interpretations” that, in the past, had allowed the two sides to agree to disagree. In the past year, the People’s Liberation Army (PLA) has intensified its military exercises around and near Taiwan, while Beijing has used its influence abroad to prevent Taiwan’s participation in international multilateral institutions. At the same time that it tries to create an atmosphere of crisis and embattlement in Taiwan, Beijing has also unveiled various incentives to lure talented Taiwanese to work in China. As of this writing, the effectiveness of either strategy remains in doubt, and a recent poll released by the government-sponsored and bi-partisan Taiwan Foundation for Democracy (TFD) revealed that 70 percent of Taiwanese would be ready to fight to defend their democratic way of life if attacked by China.

The psychological impact of the loss of official diplomatic allies is also limited, with the Taiwanese public adopting a pragmatic approach to the situation. The fact that all the allies that remain for the taking are small economies with little influence globally also mitigates the effects of Beijing’s strategy, and the sting becomes lesser and lesser as the practice becomes more common. In economic terms, the fact that reciprocal representative and trade offices are soon opened to replace embassies ensures continued exchanges and therefore limits the material damage caused by the loss of official ties.

More importantly, Taiwan continues to strengthen and widen the nature of the unofficial ties it enjoys with more than one hundred countries worldwide, including large economies like the United States, the EU, Japan, India and several others, many of which are, furthermore, global leaders with strong commitments to the liberal-democratic values that also define Taiwan. The more Beijing tries to box in Taiwan by luring its official diplomatic allies, the stronger the rationale for Taipei to seek out and develop more meaningful ties with partners, whose relationships, it must be said, often are unofficial in name only. Thus, despite the loss of three formal allies in the past eighteen months, one could nevertheless argue that Taiwan’s international position is stronger today than it was upon Tsai’s inauguration. This includes the recently passed Taiwan Travel Act, which encourages high-level exchanges between U.S. officials and their Taiwanese counterparts, an invitation for Taiwan to participate in a meeting of the Quad in Tokyo earlier this year and various initiatives in the making between Taiwan and India, among many other things. Every week, Taiwan receives various delegations of officials and parliamentarians from all over the world for track 1.5 or track 2 dialogue as well as official meetings, more so than at any time in the past. In all those meetings, visitors to Taiwan are keen to discover areas of possible future cooperation. As Beijing continues to bully Taiwan and to threaten other states in the region, influential states with enough backbone to stand up to Beijing will have every incentive to explore more avenues of cooperation with Taiwan, which is more than willing to play its part.

As I have argued before, the effect of Beijing stealing Taiwan’s official diplomatic partners is both limited and symbolic at best. While it may have an impact on Taiwanese diplomats who have a romantic attachment to official ties, embassies and protocol, in reality those setbacks are far too little to pose an existential threat to Taiwan. That, above all else, is what the Taiwanese public has continued to weather those jabs at their country. The money that Taiwan saves from not having to make large donations to small, weak extortionist and often parasitical states—this is aimed at the regimes and not the people, who have little if any say in such decisions—can now be invested more wisely in programs and exchanges with states that Taiwan can truly call allies. Ironically, Taipei should thank Beijing for encouraging it to make better use of its resources, material and human.

J. Michael Cole is a Taipei-based senior fellow with the China Policy Institute/Taiwan Studies Program at the University of Nottingham, UK, associate researcher with the French Centre for Research on Contemporary China and chief editor of Taiwan Sentinel. He is a former analyst with the Canadian Security Intelligence Service in Ottawa and has a M.A. in War Studies from the Royal Military College of Canada. His latest book, Convergence or Conflict in the Taiwan Strait, was published by Routledge in 2016.