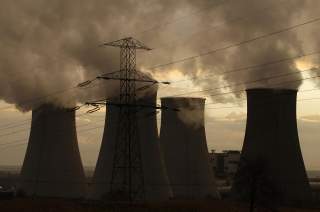 While the nation has been laser focused on the president’s tweets and the first lady’s footwear, a geopolitical shift has been taking place in Europe that ought to scare us to our marrow. Without anybody paying much attention, China has vastly expanded its military and economic power in Eastern Europe. At stake is a critical region that the United States depends upon for trade and geopolitical support and as a buffer from both Russia and China.

The Chinese, on top of doing little to stop North Korea’s march toward a nuclear-armed missile, have already acquired a significant equity stake in the Greek Port of Piraeus. As you read this, they are also working diligently to obtain assets in the Czech Republic, Hungary and Poland, including contracts for construction of nuclear power stations.

In Bulgaria, meanwhile, the erstwhile efforts of former Secretary of State Hillary Clinton to force the Bulgarians to breach their contract with the Russian state-owned uranium enrichment company Rosatom have backfired, giving China a toe-hold to replace the Russians in constructing the new Belene nuclear project.

Russian-owned Rosatom successfully sued Bulgaria over the breach—and won. Bulgaria was ordered to pay $660 million, a big bounty for a small country. To recoup losses, the Bulgarians opted to privatize the project. According to media reports, China is aggressively bidding and is among the frontrunners. If China’s bid succeeds, its state-owned nuclear companies would use Russian-made equipment, but would otherwise have full control over the new nuclear facility.

Unlike the Russians, whose nuclear development programs usually rely on a relatively benign scheme of intergovernmental loans to finance construction but leave management to the local governments, China insists on both equity and operational control. As a result, China is left with full control of critical infrastructure—in this case, a major nuclear facility in a key former Soviet state. This gives China leverage in the region that is comparable only to that which Moscow enjoyed during the Cold War.

A similar situation is already in play in Poland, where the Chinese have scooped up contracts for a nuclear plant that was supposed to be built by the United States. The American nuclear industry is in tatters, however, with Westinghouse in bankruptcy and General Electric unable to raise capital even for its advanced boiling water reactors in more advanced countries. The Chinese, by contrast, are flush with cash—much of it from trade with the United States.

What’s happening here is that China is exploiting the geopolitical standoff between Russia and the United States to obtain ownership and management of critical parts of energy infrastructure. The tactic has already given China an “energy belt” that extends from the Baltic to the Black Sea: China has effectively taken management of critical parts of infrastructure in Bulgaria, the Czech Republic, Poland, Romania and Slovakia.

It mustn’t be allowed to continue and foreign policy voices on both sides of the partisan aisle seem to be taking notice. CIA Director Mike Pompeo and Ben Rhodes, a deputy national security advisor to President Barack Obama, both named Beijing a greater threat than Moscow.

The White House must immediately fill empty State Department slots with Europe and Asia experts and internally promote talented Foreign Service Officers, instead of sidelining them. These specialists must take into consideration the growing Chinese influence in the region.

Our approach needs to be more nuanced: we must move away from an indiscriminate containment policy toward a strategy that allows Russian projects, so long as they are not detrimental to European energy security and U.S. security concerns.

For example, we must resist Lithuanian entreaties to cease construction of a nuclear plant being built by Russia in Belarus. The Russian reactor is using state-of-the-art technology. The design has been approved by independent regulators in over a dozen countries, including Finland, known for its highest safety standards. Lithuania’s safety concerns are no match for the geopolitical risk of extending Chinese infrastructure controls even further.

The game of geopolitical chess requires players to plan not just one move, but to envision two, three or more moves ahead. Players must consider multiple dimensions of economics, geopolitics and military strategy, and—in this case—there are multiple adversaries.

Competition in the construction and management of nuclear plants is just one example of geopolitical chess, and the United States needs to up its game.