China Is Waging Namefare against Taiwan 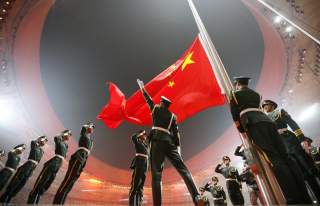 What’s in a name? Apparently quite a lot if you live in Abkhazia, Israel, Kosovo, Northern Cyprus, or South Ossetia. The same is true for the Republic of China (also known as Taiwan), whose name and status has remained in contention since its founding in 1912. The Republic of China was led by Chiang Kai-shek and fought a bitter civil war against the Communist forces of Mao Zedong. In 1949, Chiang’s forces were defeated and forced to retreat to the island of Taiwan, ceding control of the mainland to Mao. Since then, Beijing has always claimed that the Republic of China ceased to exist and has worked to undermine the use of the names “Republic of China” and “Taiwan.” In other words, Beijing considers Taiwan not as a state, but as a breakaway province of the communist People’s Republic of China and will only refer to it as such.

On the other side of the Taiwan Strait, the majority of Taiwanese, roughly two-thirds, support the status quo of de facto independence without recognition by the mainland or by the United Nations. Only a minority, 23.5 percent, want outright independence and a limited number, 10.4 percent, desire unification with mainland China, according to a recent poll. Despite these numbers, Chinese President Xi Jinping believes now is an opportune time to use his consolidated and newly indefinite powers to “reunite” Taiwan as part of China’s “Great Rejuvenation.”

Part of Xi’s effort includes challenging Taiwan’s de facto existence through attacking its very name - an exercise that could be called “namefare”. Much like shamefare, coined by Harry J. Kazianis, a Senior Fellow for Defense Policy at the Center for the National Interest, namefare resorts to non-military means to fight geopolitical battles. In this seemingly petty exercise, the war is eventually won when one state controls the name that is used or the opposing side’s name falls out of widespread use. Victory also can encompasses which names receive diplomatic and political recognition, are used in commercial trade, and which are referenced by websites.

Official recognition from other countries is vital to Taipei’s interests, as friendly allies can lend support at the United Nations General Assembly and other multilateral organizations in which Taipei is not recognized. However, in recent years Beijing has successfully waged namefare against several of Taiwan’s supposed allies and won. This has reduced the number of countries which recognize the government of Taiwan from 30 to a historic low of 19.

Most recently, on May 1, Taipei lost its the support and recognition of the Dominican Republic. Chinese Foreign Minister Wang Yi and Dominican Foreign Minister Miguel Vargas signed a joint communique in Beijing, effectively handing the name “China” back to the mainland and redefining “Taiwan” as merely an island belonging to China:

This communique was the culmination of negotiations which started in 2016. Underscoring Beijing’s commitment to namefare, those negotiations included in promises of more than $3 billion in infrastructure loans to the Dominican Republic for railways, power plants, highways, and affordable housing. This exchange of withdrawing diplomatic recognition of Taiwan and receiving economic gifts is not lost on the Dominicans and in fact is part of a pattern elsewhere.

According to AidData,  countries that vote with China at the UN usually receive more aid than other countries. To be fair, China is not the only country to lavish extensive economic aid in exchange for political allegiance (the phrase “dollar diplomacy” for a reason), but China is one of the countries which has the most to offer financially.

Taipei understandably struggles to compete with China’s dollar diplomacy, having set aside just $89 million for its diplomatic budget each year. Last October, Taiwan promised $35 million in military aid to the Dominican Republic, including two Bell UH-1H helicopters, ninety AM General Humvees, one hundred engines and technical support. Using economic incentives, Beijing has whittled down Taiwan’s diplomatic allies, including Panama in June of 2017 and Sao Tome and Principe in December of 2016.

The loss of support from the Dominican Republic despite seventy-seven years of diplomatic ties caused Taipei to state it was “deeply upset by China's actions. ” This was especially painful for Taipei considering that it the aid Taiwan had provided and that it had signed a memorandum of understanding on cooperation with the Dominican Republic just a year ago. Minister of Foreign Affairs Joseph Wu expressed Taipei’s outrage over the decision: "Beijing's attempts at foreign policy have only served to drive a wedge between the people on both sides of the Taiwan Strait, erode mutual trust and further harm the feelings of the people of Taiwan.”

Besides targeting Taipei’s allies, Beijing also pressures countries which do not have formal diplomatic relations with Taiwan to recognize different names. Last month, under pressure from Beijing, Jordan asked Taiwan to change the name of its representative office in Amman from the Commercial Office of the Republic of China (Taiwan) to the Taipei Economic and Cultural Office. Furthermore, since June 2017, Beijing has successfully pressured other countries with no diplomatic ties to Taiwan (Bahrain, Ecuador, Nigeria and the UAE) to rename Taiwan’s representative offices in order to erase the names “Republic of China” and “Taiwan” to avoid any suggestion of Taiwanese sovereignty.

United Airlines and American Airlines also recently received letters from China's Civil Aviation Administration requesting the removal of references to Taiwan on their websites. Backing the request were threats to refer violators to "the relevant cyber-security authorities" for non-compliance, presumably meaning the companies could face boycotts by Chinese consumers or have their websites or apps blocked in China. Although Beijing’s Orwellian request drew a sharp rebuke from the U.S. State Department, efforts to pressure everyone and anyone to fall in line have continued.

Taipei’s efforts at autonomy and the creation of an “international space” rely in part on international recognition of its name - the Republic of China government in Taiwan. Yet with friends who can easily be bought off, Taipei would do better by focusing its efforts on shamefare, by shaming the efforts of Beijing over namefare. Doing this would cultivate sympathy for Taipei's cause among real friends in the international community and multilateral organizations.

Taiwan went part of the way towards this in its official response to the loss of diplomatic ties with the Dominican Republic, with Taipei's Ministry of Foreign Affairs quoting from former US Secretary of State Rex Tillerson:

Minister Wu also used an element of shamefare when he reminded other countries of China's notorious record of breaking promises on economic aid. Wu specifically noted promises broken by Beijing to other countries who shifted their allegiance from Taipei to Beijing, including Costa Rica, which has yet to receive $1 billion to build a refinery and $400 million for highways since establishing relations with China in 2007. Wu also cited Sao Tome and Principe in December 2016, which has yet to receive $140 million in promised aid.

Yet shaming Beijing for failing to deliver on its promises of aid, and shaming the countries that believe in those promises, will likely fail to alter China’s behavior. Taipei should concentrate its resources on multilateral institutions which cannot be bought off so easily by Beijing, such as the European Union (EU). For instance, last Tuesday, the EU expressed its support for Taiwan's participation in the World Health Organization and its meetings.

China’s incessant efforts to isolate Taiwan through namefare will likely last for a long time to come, and will only create greater animosity and national identity among Taiwanese. This will laos only increase “anti-unification” support within Taiwan and greater international sympathy for Taipei’s cause. The question is whether Taiwan can successfully use shamefare to fight back.

Gary Sands is a Senior Analyst at Wikistrat, a crowdsourced consultancy, and a Director at Highway West Capital Advisors, a venture capital, project finance and political risk advisory. He has contributed a number of op-eds for U.S. News and World Report, Newsweek, Washington Times, The Diplomat, The National Interest, Asia Times, EurasiaNet, and the South China Morning Post. He is currently based in Taipei.

Image: China's national flag is raised during the opening ceremony of the Beijing 2008 Olympic Games at the National Stadium in this August 8, 2008 file photo. REUTERS/Jerry Lampen/Files