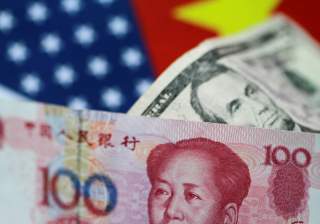 China’s shale gas production is picking up speed as it seeks to capitalise on the world’s highest estimated shale reserves. However, the communist-ruled nation is far from following in the footsteps of America’s shale boom, with analysts predicting China will miss its 2020 output targets by a wide margin.

Nevertheless, China’s progress toward unlocking its shale gas reserves was highlighted by an April 17 report by the consultancy Wood Mackenzie. The report said China’s shale industry reached nearly 600 wells and nine billion cubic meters (bcm) of production in 2017, with output expected to nearly double to seventeen bcm by 2020.

In addition, almost 700 new wells are expected to come onstream by the end of the decade from three new projects in the southwestern Sichuan Basin, with total capital investment of $5.5 billion.

Yet despite its progress, China is predicted to miss its 2020 target of 30 bcm. That failure was announced in its thirteenth energy sector five-year plan, which said the mark would be missed “by a considerable margin,” resulting in an estimated thirteen bcm supply gap.

"To meet the government's thirty bcm target, up to 725 additional wells are needed by 2020 on top of the nearly 700 new wells. This will double the amount of investment needed in the base-case drilling plan. The required well number could be larger if well productivity degrades. This is a mammoth task for the Chinese NOCs (national oil companies)."

“The scale of the estimated investment required could reach $12 billion and up to 1,400 new shale wells by 2020,” Wood Mackenzie elaborated.

Chinese NOCs have succeeded in slashing costs by improving drilling techniques, along with improved geological understanding and technical experience. Wood Mackenzie estimates this has resulted in a forty percent cost reduction for exploration wells compared to 2010 levels, and a twenty five percent drop for commercial wells compared to 2014.

“None of these [factors] hold true for China,” Wood Mackenzie said.

Additionally, most of China’s shale plays (such as Sinopec’s Fuling, PetroChina’s Changning-Weiyuan and Zhaotong projects) are located in mountainous terrain. This means operators are faced with the challenge of removing mountainous land to host well sites, along with building their own infrastructure and transporting drilling crews and equipment across vast distances.

These findings are also backed up by research from the Oxford Institute for Energy Studies. One of their researcher’s Fan Gao noted in a 2012 report that most shale gas-bearing regions in China are located in water-scarce locations, challenging producers given the need for large volumes of water in its development.

“Water availability alone rules out the development of a number of sedimentary basins with promising unconventional resource potentials in northern and western China,” Gao wrote.

Lured by China’s estimated 1,115 trillion cubic feet (tcf) of shale reserves (America’s were estimated at 622 tcf), oil majors such as BP, Exxon, Shell and Total all ventured into China during the first few years of the decade, but “all exited after lackluster results.” Only BP remains, with two undeveloped shale production sharing contracts.

China’s regulated gas price and infrastructure bottlenecks may also hold back further investment, with the NOCs playing the central role compared to private companies in the United States.

Yet the Chinese industry is making progress on cutting costs.

"While we do not expect a Chinese shale gas boom anytime soon, the NOCs will no doubt continue to push on and innovate, driven by the need to secure and develop energy resources for strategic reasons," Yang said.

Beijing is also supporting the local industry, recently cutting the resource tax on shale gas by thirty percent to stimulate production, along with providing other subsidies.

However, the central planning model has its limits, as shown by last winter, when parts of China were reportedly left without heating due to a lack of gas to replace previous coal generation capacity. While total gas production is increasing, it continues to trail demand, resulting in record high imports of liquified natural gas (LNG) last year.

Other challenges to China’s shale ambitions include a potential environmental backlash from affected communities.

“China has placed securing gas supply to fuel economic growth much higher on the political agenda than the potential damage the extraction process may create for local ecosystems and communities,” Gao said.

“However, if it is ever confirmed that intensive drilling and fracturing would cause substantial negative impacts on the health and wellbeing of local populations, the industry may discover the environmental concerns to be a show-stopper given the people’s rising awareness of safety and health.”

In addition, China’s experience in developing its coal-bed methane (CBM) industry points to the challenges of rapidly expanding shale production. After two decades of commercial development, CBM output totalled around seven bcm in 2017, well below official targets of twenty four bcm of annual production by 2020, which itself was lowered from the previous target of thirty bcm.

The U.S. Energy Information Administration points to a lack of data on China’s shale reserves and the need to distinguish between technically recoverable resources and those that are economically recoverable under current market conditions.

While China works to develop its gas industry, it has ramped up imports of LNG, including from the United States. About thirteen percent of U.S. LNG cargoes went to China in 2017, a year in which America became a net exporter of natural gas thanks to its shale boom.

The International Energy Agency predicts China’s natural gas demand could rise by four percent a year through to 2040 as it reduces its reliance on coal-fired power in favor of gas and renewables.

Somewhat ironically, China’s increased need for gas could be met by higher imports from the United States, a factor that could ease trade tensions between the world’s two biggest economies despite tensions over trade and shale rivalries.

“If you look at some forecasts for 2035, there are really only two places that have significant increases in LNG imports. Europe goes up about 100 mtpa [million tonnes per annum] and China goes up about 200 mtpa,” LNG Ltd’s Greg Vesey told Reuters.

While China strives to meet its shale output targets, the world’s biggest energy consumer will have plenty of supply available from energy superpower, the United States, providing shale does not become a casualty of a U.S.-China trade war.

For the Trump administration, the prospect of erasing a large amount of the U.S. trade deficit with China while also supporting a thriving domestic industry could prove a tempting deal.