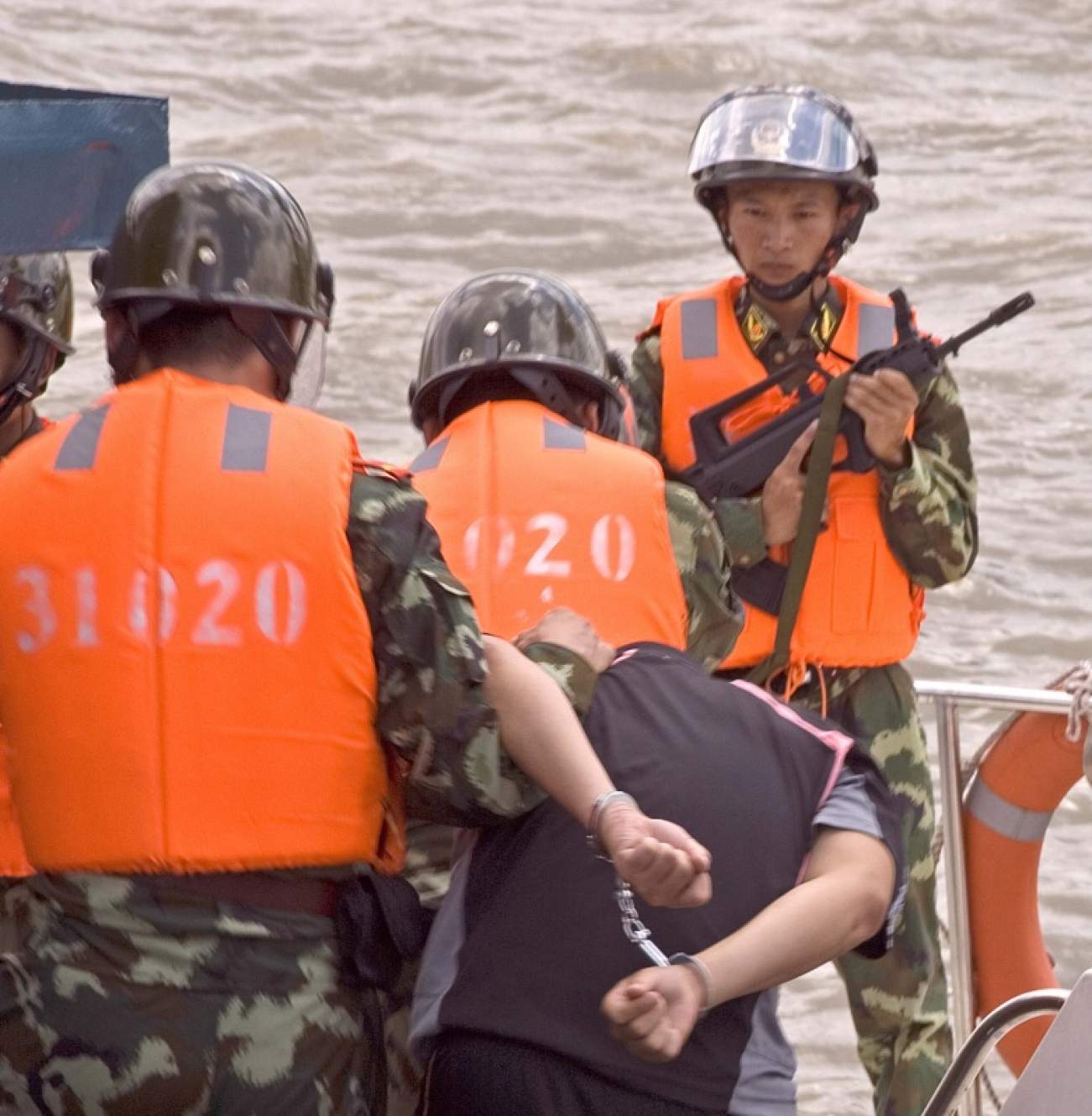 Every time China’s military forces advance with a territorial claim in the East or South China Seas or in India’s Arunachal Pradesh or across the Taiwan Strait, foreign direct investment into China retreats. As Senator Everett Dirksen once said, “a billion here, a billion there,” and pretty soon it’s real money.

If a strong economy is key to survival of the Chinese Communist Party, Beijing’s brain trust has made a huge strategic blunder in abandoning its “peaceful rise” in favor of a rapid military buildup and pursuit of territorial claims throughout Asia. Naked aggression by the People’s Liberation Army, coupled with Beijing’s hard, bullying line on a host of disputes, is not just driving most of the rest of Asia into America’s arms. The specter of a new Imperial China is also raising very real questions in corporate boardrooms around the world as to the wisdom of long-term capital investment in China.

Make no mistake about the importance of foreign direct investment (FDI) in China’s economic development and transformation. In the wake of Deng Xiaoping’s 1978 economic “second revolution,” first a trickle and then a flood of FDI transformed China into the world’s largest factory floor and drove double-digit GDP growth for more than three decades.

Today, however, China’s flood of FDI may have reached its high-water mark. In 2015, India overtook it as the world’s top FDI destination, while FDI into China has plateaued since 2011.

Even more ominous for China’s growth and job-creation prospects, the mix of FDI has significantly shifted from in-flows to build factories to that for financial services; and it’s no secret as to what is going on here: Once-naïve business executives are now slowly but surely beginning to reevaluate the mounting risks of locating factories or parts of their supply chain in China—or even opening new markets on the mainland.

On the other hand, Beijing’s autocrats are imposing increasingly onerous conditions of market entry. These include the requirement of a local “joint venture” partner, the forced transfer of one’s technology, and stringent currency controls. In addition, wages that used to be cheap are rising, already severely polluted water is in increasingly short supply, and air quality continues to deteriorate further from abysmal levels. Dickensian England never looked this grim or gray.

There is also this stark risk factor: Any company that does business with China risks having all forms of its intellectual property stolen. Sadly, this risk starts from the moment a business executive takes a laptop or a cell phone through Chinese customs and has one’s data stripped clean—most S&P 500 companies don’t even allow their executives to bring their laptops or phones to China. And of course, once one factory gets built to foreign specifications, it is a simple matter to replicate that factory under a Chinese flag.

The newest and biggest looming risk, however, is purely geopolitical. To understand the nature of such geopolitical risk, look no further than the debacle of revanchist Russia’s taking of the Crimea and large chunks of Eastern Ukraine at gunpoint. In the wake of Russia’s gambit, its trade with the West has been sharply curtailed, tough economic sanctions remain in force, the Russian economy is in recession, and, most importantly from a geopolitical-risk perspective, any foreign company with a major Russian exposure—from Poland and Italy to Germany—has taken a very heavy hit.

For anyone who thinks this geopolitical risk scenario can’t repeat itself with an equally revanchist China, think again. Indeed, the canary in the coal mine for a much larger economic catastrophe may be found in the aftermath of the violent 2012 anti-Japanese riots across more than a hundred cities in China.

The 2012 riots (as well as less raucous protests in 2010) were over China’s historical claim to five small islets that comprise less than two square miles of territory—Japan’s Senkaku Islands in the East China Sea. While Japan has held this territory for more than one hundred years, Beijing’s revanchists claim the islets as the “Diaoyus,” and at least the rabid nationalist element of China appears willing to go to war over them.

After these nationalists burned Japanese factories, smashed storefronts, stormed the Japanese Consulate General’s headquarters, and tipped over Japanese cars in 2012, the business community of Japan collectively got the message that the better part of wisdom might be to take their FDI elsewhere. In the wake of that 2012 meltdown, Japanese FDI in China has fallen sharply, while it is popping up all over the rest of Asia, e.g, for the third straight year Japan’s FDI in Southeast Asia has risen and the pace is accelerating.

Japan is hardly alone in diverting its FDI to, if not richer, than certainly far less risky geopolitical climes. Writ large, Japan’s FDI gambit may, in fact, be the far better bet for much of the rest of the world.

Here, while it is true that China has 1.3 billion potential consumers on paper, almost half of that rapidly aging population remains stuck on peasant farms living at subsistence levels. At this rate, Carrier air conditioners, GM Chevys, or even Kentucky Fried Chicken do not appear to be in these peasants’ Hobbesian future.

In contrast, Southeast Asia alone has 650 million people in a far more vibrant demographic. India’s 1.3 billion consumers and workers are, on average, significantly younger than China’s. And Australia, New Zealand, South Korea, and Japan are all strong and stable democracies with a relatively high income per capita.

It doesn’t take a rocket scientist or a Harvard MBA to realize that it is just plain stupid locating a new factory or large parts of your supply chain in a country that looks increasingly like it is willing to go to war in order to rewrite the maps of Asia. That’s way FDI is increasingly being diverted from China to other destinations in Asia—and at least partly why the Chinese economy remains stagnant.

That said, for some corporations like Apple and Cisco and GE that have fallen too deep into the Chinese risk pool, there appears to be no going back. Rather than retreat or hedge, these lemming-like corporations are simply doubling down—hoping against hope that a single spark in the East or South China Seas won’t start a prairie fire that burns their factories and dreams in China down.

It will be interesting to see how this all turns out—keeping in mind the Chinese curse “may you live in interesting times.” At a minimum, Beijing’s aggression is taking an ever bigger bite out of its FDI apple—with severe collateral damage to its economy.

The lesson here—which may be too late for the Chinese hegemon—is this: Sometimes, the best economic policy is peace and the status quo, not aggression and revanchism.

Peter Navarro is a professor at the University of California-Irvine. This article is excerpted from Crouching Tiger: What China’s Militarism Means for the World (Prometheus Books). www.crouchingtiger.net.

Image: (Aug. 18, 2007) SHANGHAI, China - A boarding team, from the U.S. Coast Guard 378-foot High Endurance Cutter Boutwell, demonstrates along with the Chinese Coast Guard their specific boarding techniques and procedures on Saturday here. The crew from the Boutwell is representing the U.S. Coast Guard here and other foreign ports to help increase international maritime security and safety in the Northern Pacific Ocean and its borders as part of the North Pacific Coast Guard Forum. (Coast Guard photo by Petty Officer Jonathan R. Cilley)