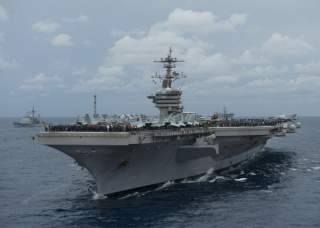 President Obama’s recent trip to India seems to have yielded some modest successes, including an agreement to break through obstacles that have arisen related to civil nuclear cooperation.

Fitting the general pattern of U.S. interactions in the Asia-Pacific region, this visit also took place against the backdrop of China’s rising profile on the world stage, and questions are emerging about the future direction of the highly sensitive triangular relationship between New Delhi, Washington and Beijing.

A good deal of ink has been spilled on the subject of China’s alleged “string of pearls strategy.” But this rather electrifying terminology, [珍珠连战略] actually does not have a Chinese origin. In fact, it was first introduced by a Booz Allen study, commissioned by the U.S. Office of Net Assessment at the Pentagon under the direction of Andrew Marshall. Rather than speculate on the nature of Chinese motives with respect to the Indian Ocean, this edition of Dragon Eye will discuss two recent Chinese-language scholarly assessments in order to gain a deeper appreciation of China’s evolving approach to India and the vital India-U.S.-China triangle more generally.

Maritime issues are not the only difficult issue in Sino-Indian relations, but they have come to form a core flash point in recent years – a development underlined recently by a pair of visits to Sri Lanka undertaken by PLA Navy submarines. Therefore, it seems quite appropriate to look closely at a study published by three researchers at the Beijing Naval Research Center [海军军事学术研究所] in a recent edition of the Mandarin-language academic Pacific Journal [太平洋学报]. The paper is entitled: “The Structure of Sea Powers in the Indian Ocean and the Expansion of Chinese Sea Power in the Indian Ocean.”

While generally cautious and measured in its tone, this analysis by Chinese Navy researchers does make note of a number of alarming trends with regard to Sino-Indian maritime relations. They assert that China began to take notice of Indian maritime strategy in earnest a decade ago when New Delhi moved to fortify the Andaman and Nicobar island groups near the Strait of Malacca, as well as announcing India’s intention to move forward with a sea-based nuclear deterrent and to pursue “军力投送” [military power projection]. These analysts highlight that India is planning to field three aircraft carrier groups and characterize Indian maritime strategy as an “明显扩展性的海权战略” [obviously expansionist maritime strategy]. This Indian strategy constitutes a potential threat to what the authors term in the article’s opening sentence as “中国的远洋生命线” [China’s far seas life line].

In a sign of how this rivalry has escalated in recent years, the Chinese Navy authors assert that Indian officials and the Indian press have “expressed extremely obvious hostile intentions toward China.” They note that a military conflict between China and India is “不堪设想” [too ghastly to contemplate], but that Beijing must still be alert to this possibility. For China, these authors explain, “India’s ‘Look East’ strategy will have a huge impact on our country’s geopolitical security.” Taking this point a step further, the authors contend that the“Look East” strategy may “join the confluence” of Japan’s “南下战略” [Down South Strategy] and America’s “Rebalance to the Asia-Pacific.” “[If these three strategies] were coordinated, in effect encircling China’s maritime geopolitical environment, this would constitute even greater harm to our country’s maritime security and its development of sea power.” These Chinese naval analysts fret that India and the U.S. have found a common language in discussing the “China threat theory” and their “相互配合” [mutual coordination] in places such as the South China Sea “directly threatens our country’s strategic interests, squeezing our country’s strategic space.”

For all the anxiety summarized above, the analysis nevertheless also exhibits a cooperative tone as well and the overall recommendations are almost remarkably benign. The authors observe that New Delhi and Beijing actually have many common interests arising from their similar positions as rising, developing Asian powers. They also contend that the Indian Navy is not especially strong, noting India’s limited resources and especially its reliance on imported arms. Therefore, India’s naval development may not constitute such a grave threat to China. On the other hand, these Chinese naval analysts are also cognizant that competing for naval superiority in the Indian Ocean is, in fact, well beyond China’s capabilities for the foreseeable future. Noting that China is at a major geostrategic disadvantage by dint of geography, these analysts candidly explain that exerting Chinese sea power in the Indian Ocean faces “insurmountable, congenital deficiencies” because of distance and the fact that competitors could easily blockade the key straits, especially Malacca. In a country where pithy and significant policy outlines come in the form of short character phrases, the authors propose their own 16 character slogan to guide Beijing’s approach in the Indian Ocean: “精心选点,低调布局,合作为先,缓慢渗透” [meticulously choose points, develop a low-key layout, choose cooperation, and slowly permeate]. Space does not permit a full explanation of this interesting phraseology (though it does exist in the Chinese paper), but there is little doubt that key components of this strategy proposed by PLA Navy researchers are both its limited ambitions and exercising restraint.

Before closing this brief discussion of China’s perspective regarding the India-U.S.-China triangle, it is worth noting that China is devoting considerable intellectual and diplomatic effort to develop major trade ties with India. The general effort by Beijing to relentlessly expand commercial opportunities with its neighbors is broadly understood, but some further details are revealed in a mid-2014 study published in 亚洲纵横 [Asia & Africa Review] of the Chinese State Council on the topic of building an economic corridor that unites Bangladesh, China, India and Myanmar [BCIM].[5]

As explained in the article, three routes have been proposed to connect Yunnan Province’s capital of Kunming with the giant Indian port city of Kolkata. China favors a southern route that cuts quickly over to the Bay of Bengal at Chittagong before continuing on to Kolkata. This report claims that India supports a northern route that enters India at Ledo and thus would encompass much more of India’s northeast. Myanmar and Bangladesh are said in this Chinese analysis to support a middle route. This Chinese analysis is not naïve regarding the obstacles for realizing this vision of knitting together East and South Asia, but it explains that despite sometimes reluctant partners, China will continue to be a “prime mover” in promoting such large transport infrastructure projects. Suggestive of a patient and steady approach, the BCIM group is reported to have met for 11 consecutive years to try to generate a common outlook.

At one point in mid-2014, however, the BCIM project seemed to stumble badly when Myanmar announced that the rail project from China through Myanmar to South Asia was dead, and some Western analysts seemed to cheer this new obstacle in the way of Beijing’s grandiose plans. [6] The same chorus of “realists” was most likely chortling about the latest tiff between Beijing and New Delhi arising over a couple of PLA Navy submarines stopping over in Sri Lanka in the second half of 2014.

True, certain U.S. manufacturers will be pleased to send even more P-8 anti-submarine warfare aircraft to India for a cool $220 million apiece. But even the most hard-bitten “realist” may wonder if the $2.1 billion in Indian Rupees spent thus far on eight aircraft would have been better used on plumbing for India’s multitude of squalid slums.

Perhaps Washington should devote some of its diplomatic energies to facilitating greater economic development and integration among the BCIM countries, rather than fanning the flames and cynically seeking to profit from growing geopolitical rivalry between the rising Asian giants.

Editor’s Note: The following is part nine of a new occasional series called Dragon Eye, which seeks insight and analysis from Chinese writings on world affairs. You can find all back articles in the series here.