China's Campaign to Shove Taiwan Off the World Stage 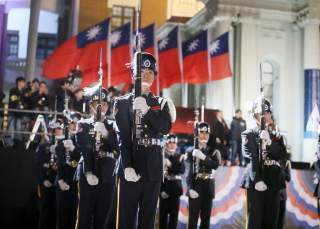 The exclusion is another example of Beijing’s progressively hard-line—and increasingly counterproductive—diplomacy toward peoples it thinks it has a right to rule.

From 2009 to last year, Taiwan attended the WHA as an observer. Warming relations between then president Ma Ying-jeou and Beijing paved the way for Taipei’s participation. Ma and China’s leaders both viewed Taiwan, whose formal name is the Republic of China, as part of a greater Chinese state.

Last year, Taiwan received an invitation to observe WHA proceedings even though Ma’s term had expired and Tsai Ing-wen, who did not share Ma’s pro-unification views, had taken his place after her January 2016 landslide victory. Her Democratic Progressive Party generally sees the island as “Taiwan,” a state separate from “China.”

This year, Beijing, upset with Tsai, apparently blocked even Taiwan’s observer status. China, once again, showed it could muscle international organizations into accepting its views on Taiwan. Yet this display of strength is ultimately self-defeating.

China’s goal, after all, is to peacefully absorb the island as its thirty-fourth province. Peaceful unification—Taiwanese prefer that term to “reunification” to emphasize the fact that the People’s Republic of China has never ruled Taiwan—can occur, of course, only if an overwhelming majority on the island wants it.

At the moment, those who want immediate unification comprise about nine percent of the population. And this number has been steadily dropping over time as “mainlanders,” those who fled China during the 1940s Civil War and their descendants, die off or become assimilated into Taiwanese society.

Beijing’s primary problem is that roughly two-thirds of the island’s 23.5 million people see themselves as “Taiwanese,” not Chinese. Only 3 percent or so self-identify exclusively as Chinese. Taiwanese self-identification is strongest among the younger population cohorts—especially bad news for Beijing.

To make matters worse for China, its tough stance on the World Health Assembly is deeply unpopular in Taiwan. A poll conducted in May by the Cross-Strait Policy Foundation shows 56.2 percent of respondents hold China responsible for Taiwan’s exclusion, and even more think the position of Tsai’s government on the issue has been too soft.

“Beijing’s current approach to Taiwan is backfiring,” writes Taiwan activist Gerrit van der Wees for the Diplomat. “Instead of convincing people in Taiwan that its policies would benefit the people of the island, it is evoking a negative reaction, leaving the Taiwanese with the distinct impression that China’s leaders are bent on reducing Taiwan’s international space.”

Chinese leaders can threaten, coerce and even invade, but they have lost the ability to persuade. They had lost most hearts and minds in Taiwan by the end of the 1990s, and now they apparently cannot change a counterproductive strategy. They cannot, for instance, acknowledge what van der Wees calls Taiwan’s “momentous transition to democracy in the early 1990s” and so do not recognize the right of its people to be heard, either in Taipei or at international councils, such as the World Health Assembly. As such, Beijing has set itself against something that almost all the people in Taiwan embrace.

Make that two things they embrace: not only their form of government, but also their health. So Chinese leaders are bound to harden already deep anti-Beijing attitudes in Taiwan.

Why did Beijing decide to exclude Taiwan from WHA participation this year? Many point to the fact that President Tsai had not endorsed the so-called 1992 Consensus, which holds that there is one Chinese state that includes both Taiwan and the mainland. Ma, who maintained that he was the head of that Chinese state, accepted the consensus. Although Beijing disagreed as to who was in charge, the Chinese in China were nonetheless pleased that Ma had not “split” the “motherland.”

This year, Beijing made Tsai’s acceptance of the 1992 Consensus a condition to Taiwan’s participation as an observer at the WHA. Yet her refusal to back the consensus is not new, as she had not accepted it when Taiwan was invited to observe last year.

Beijing’s change of mind this year may reflect frustration with Tsai over the 1992 Consensus, but it also appears to be related to its deepening intransigence on all issues of national sovereignty, something especially evident from its recent provocative pronouncements on Hong Kong, over which it has sovereignty but does not, as a practical matter, fully control.

And there is one other explanation for why Beijing acted now against Taiwan. The new Trump administration, in its desire to obtain Chinese cooperation on North Korea, has given China free passes across the board.

What a difference a few months makes. Trump, president-elect at the time, accepted a congratulatory phone call from Tsai Ing-wen on December 2. That conversation, breaking a precedent of four decades, caught Chinese leaders off guard.

Now, however, Trump will consult first with Chinese president Xi Jinping before talking to Tsai, as he told Reuters at the end of April.

And conversations with Taiwan’s president are not the only things in play. The Trump administration has yet to approve a sale of arms to Taiwan. The small deal, left over from the Obama years, “lingers in limbo,” as the Washington Post’s Josh Rogin put it.

By not agreeing to sell arms to Taiwan, Trump is violating the spirit and perhaps the letter of the Taiwan Relations Act and Ronald Reagan’s “Six Assurances,” what Rogin accurately terms “the bedrock of bipartisan U.S. strategy on Taiwan.”

Yet there is more than just specific weapons at stake. “For almost four decades, the United States has upheld its commitment to help Taiwan provide for its own self-defense against China — but the Trump administration has yet to affirm it,” he writes.

When Trump told Reuters he would consult with Beijing before talking with Taipei, he mentioned that China was helping him with “a big situation.”

The “big situation” is, of course, North Korea, and he is not the first global leader to link the fate of Taiwan with that of Pyongyang. Chinese policymakers have always thought that way. As Robert Blohm, a Toronto-based China watcher, told the National Interest, “It’s basically divided Korea for divided China, the Chinese effectively saying reunify China if you want Korea reunified.”

In reality, there is no deal to be made between Washington and Beijing regarding Taiwan and North Korea. Yet as long as Trump goes easy on China, China will go hard on Taiwan.