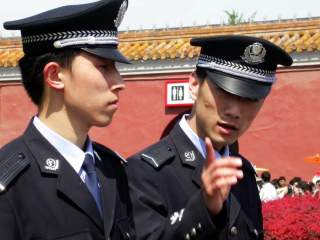 The Chinese are anxious.

The fiftieth anniversary of the start of the Great Proletarian Cultural Revolution has spurred concern that China is heading into another decade of chaos and madness or perhaps a period leading to regime failure.

Mao Zedong, the founder of the People’s Republic, triggered “ten years of catastrophe” on May 16, 1966. The campaign started as a ploy to rid himself of political adversaries. By the time it ended with his death in September 1976, however, society had torn itself apart and about a million people had either been killed or taken their own lives.

China, despite the passage of decades, has yet to heal. As Zhang Lifan, the outspoken Beijing-based commentator, notes, “The residual impact still poisons the country.”

And as Zhang Qianfan of Peking University says, “Without fully accounting for that tragic episode, the country can never come to terms with its past and will always live in lingering uncertainty: Would the similar tragedy come back again, in some other forms?”

The Communist Party, speaking through the authoritative People’s Daily this month, affirmed the verdict it rendered in 1981 by terming the Cultural Revolution “a complete mistake in both theory and practice.” The ruling organization’s essay was an attempt to close the door to a full airing, failing, for instance, to mention Mao’s involvement. The Party knows better than to expose its inherent failings and therefore undermine its legitimacy to rule.

Yet the attempt to end discussion has not worked in a noisy—and sometimes defiant—society, so conversation in China this year turned to the issue of whether there will be another Cultural Revolution. Xi Jinping, the current ruler, has stoked the concerns by continually wrapping himself in themes from the Maoist era. “Our red nation will never change color,” he declared in the middle of 2013, just before dedicating an exhibition that praised Mao and ignored his great crimes. Xi, in words and sometimes in deeds, embraces the man who had launched a decade of hysteria and frenzy.

As much as Comrade Jinping may fancy himself as this century’s version of the Great Helmsman, he will not start “large-scale political violence manipulated and launched from the top down,” the description of the Cultural Revolution by Liang Jing, a former official who has left China for a life of exile. Yet as Liang notes, turmoil in his former homeland in the future is not out of the question.

On the contrary, China looks like it is entering another period of extreme political instability. The Cultural Revolution, marked by the killings of high-level officials, has been followed by an era of relative calm brought about by Deng Xiaoping, who grabbed power from Mao’s designated successor, the hapless Hua Guofeng. Among other things, the canny Deng lowered the cost of losing political struggles, thereby reducing the incentive for cadres to fight to the end and tear the Communist Party apart.

Xi, however, has been raising the cost with an unprecedented campaign, which he has styled an attack on corruption. China’s ruler has in fact been jailing the venal, but only those who were his political enemies. The miscreants who are family and those who are supporters remain free. In short, Xi launched a purge.

The purge continues to this day, a sure sign that Xi still has not consolidated power.

Another indication that he is on shaky ground is that critics have come out into the open, now calling his audacity to rule like Mao a symptom of “new Caesarism.”

Like the wilful Caesar, Xi has enemies. Xi’s enemies the last few months have dared to challenge him in public. For instance, the Party’s Central Commission for Discipline Inspection, his main tool in the “anticorruption” effort, in early March posted on its website an attack on his authoritarianism in the form of an essay titled “A Thousand Yes-Men Cannot Equal One Honest Advisor.” There was also a call for Xi to step down, carried on a semiofficial website, and the official Xinhua News Agency published a piece identifying him as “China’s last leader.”

Furthermore, this month there was an extraordinary exchange between Xi and Li Keqiang, the country’s premier and No. 2 Party official, in the pages of People’s Daily and the website of the State Council. The nasty fight over the proper amount of stimulus to apply to the economy, normally an issue discussed behind-the-scenes by technocrats, betrays not only elite disagreement in Beijing but also an inability to adhere to Communist Party norms that have kept peace since Deng’s time.

China can fall apart not because Xi will organize the masses against his opponents—Mao’s sin that started the Cultural Revolution—but because the elite looks like it is fracturing on its own and will be unable to deal with, among other things, systemic economic problems.

The economy has been, since the end of the 1970s, the motor of China’s rise. At this moment, however, it could be the reason for the nation’s fall. Stimulus has become contentious in Beijing circles because this year the government, for the first time in more than a decade, has failed to create sustained growth, something apparent from Beijing’s panicked reaction to the economy’s weak start in the first two months of this year.

To jumpstart growth, Beijing added large amounts of credit in March as it abandoned all notions of reform and created debt like there was no tomorrow. The injection of almost $1 trillion into the economy in the first calendar quarter was more than twice that of the preceding quarter and the largest quarterly increase in history. All that money, however, could not prevent a disappointing April, when indicators almost uniformly pointed down.

The tumbling economy constitutes an emergency because the Communist Party’s legitimacy, for more than three decades, has been primarily based on the continual delivery of prosperity. Now, most Chinese know nothing but a continually improving life and have, as a result, become demanding.

Some of those demands the Party has been able to meet, yet Xi Jinping, the admirer of Mao but also a disciple of Lenin, has become increasingly coercive. His regressive moves, however, are hard to sustain in a modernizing society, especially because the state has provoked so many across China, such as those who want to choose their leaders, or pray with neighbors who share faith, or have children without official permit, or move to cities and start new lives, or simply live as Tibetan or Uighur.

China may be the fastest changing place anywhere, with a people sophisticated, confident, energized and ambitious. When the one-party state stands between them and their aspirations, which is often, they usually find a way to work around obstacles, but sometimes this rambunctious people will leave the safety of homes and confront officials, even in this day of the police state.

Because of the closing of factories, the poor have started a wave of labor protests. Yet the rich also air grievances at a time of heightened sensitivity. These days, almost no complaint is too small to attract a crowd—or spread from province to province. In the middle of this month, in Nanjing and at least five other cities in Jiangsu province and in Wuhan in Hubei, parents defied riot police and took to the streets to protest the reduction in number of spots for local students in universities.

Fifty years ago, the Chinese people followed Mao onto the streets, to “learn revolution by making revolution” as he exhorted them to do. Today, Xi Jinping glorifies the Great Helmsman and demands “ideological purification,” but few are prepared to follow him into a future that looks like the past and is therefore not relevant or attractive to them. The Chinese people are not yet fearless—that could come soon—but they now think and act for themselves, often moving in directions without permission from the Communist Party.

Today, if there is any revolution in China, it is not one promoted by the new Mao, Xi Jinping. It is the one started by the Chinese people, who on their own are remaking society, outside the realm of the orthodoxy of the Communist Party and its feuding leaders.

Image: Police in Beijing. Photo by Beijing Patrol. CC BY 2.0.