China's Dream of Economic Power May Come with Great Risks 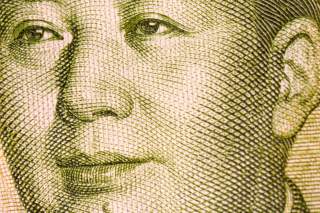 In his opening address to the “Belt and Road Forum” in Beijing on May 14, Chinese president Xi Jinping described the Belt and Road Initiative (BRI), an infrastructure-focused strategy to establish trans-Eurasian connectivity, as “a project of the century” that “will benefit people across the world.”

The initiative encompasses six economic corridors and links the Chinese economy with the major continental and maritime zones of the Eurasian continent. Combined with the establishment of supporting multilateral financial institutions, such as the Asian Infrastructure and Investment Bank and Silk Road Fund, the plan is ambitious.

Such ambition has been seen by various observers as driven by China’s geopolitical goals to break perceived U.S. “encirclement” in the Asia-Pacific region and constrain the rise of India. Some observers see the initiative as China’s desire to break the country’s economy out of its post-Global Financial Crisis slowdown, or as a “soft power” push to burnish China’s image.

BRI, however, should be seen as the foreign-policy expression of President Xi’s ideological master narrative of the “China Dream” (zhongguo meng) of great national rejuvenation. It is in this context that BRI takes on its full significance as a means to achieve not only domestic security and development, but of establishing China as the fulcrum of regional and global stability. Crucial to the achievement of this goal will be attainment of the Chinese Communist Party’s two centenary goals—becoming a moderately prosperous society by 2021 and a prosperous, strong, and harmonious country by 2049.

Although this has been seen as a domestically oriented strategy to embed the legitimacy of the party, it also has clear foreign-policy dimensions. Achievement of the two centenary goals will not only consolidate party rule domestically, but also provide Beijing with the capacity to preserve a peaceful external environment. Indeed, for President Xi the “China Dream” will not only enrich the Chinese people but also benefit the people of the world, as it is based on principles of peace, development, cooperation and win-win relations.

Thus, this vision places China on par with the United States as a great power that is capable of providing leadership to the international system. Thus BRI, and its associated components, such as the Asian Infrastructure and Investment Bank and Silk Road Fund, portray China as a provider rather than free-rider of international public goods. It also suggests that China’s rise will, in fact, be beneficial rather than detrimental to regional and global security. This vision, despite the confidence displayed by President Xi at the Belt and Road Forum, faces a number of challenges.

Domestically, BRI is motivated by Beijing’s ongoing state-building agenda in its traditional frontier regions (such as Xinjiang, Tibet and Inner Mongolia) that have historically been defined by their non-Han Chinese populations, separatist sentiment and economic under-development. It is hoped that BRI will resolve this situation by making those regions hubs along a number of the economic corridors. Xinjiang, for instance, will be a central hub of the China–Central Asia–West Asia corridor and the China-Pakistan Economic Corridor (CPEC), while inner Mongolia will become a gateway to Mongolia and Russia’s Far East.

Enhancing Chinese access to natural resources, particularly energy, is also central to the initiative, with the majority of the six economic corridors involving significant energy-related infrastructure developments and investments including pipelines to Russia, Central Asia and the Indian Ocean region.

Although refocusing on China’s Eurasian strategic environment is perceived in Beijing as a prudent geopolitical response to the United States’ post-Iraq “rebalance” to the Asia-Pacific region, BRI’s focus on enhancing trans-Eurasian economic and infrastructure connectivity promises to make China’s foreign-policy interests truly global in scope.

It will do so by enmeshing it in regions and security dilemmas—such as those in the Middle East and South Asia—in which it has historically had both a limited role and capability to influence events.

CPEC—a three thousand kilometer, $46 billion initiative to develop a network of roads, railways and pipelines to connect the deep-water port of Gwadar in Pakistan’s Balochistan province with Kashgar in Xinjiang—provides an excellent example of some of the implications of BRI.

While it is hoped in both Beijing and Islamabad that CPEC will consolidate the Sino-Pakistan all-weather friendship, it also holds equal potential to generate unintended consequences.

Most obviously, CPEC promises to exacerbate India-Pakistan and Sino-Indian relations given New Delhi’s reading of the corridor in almost purely geopolitical terms and CPEC’s traversing of disputed territory in Kashmir and Gilgit-Baltistan.

Within Pakistan there is growing domestic political disquiet about the siting of core CPEC projects in Punjab and Sindh, suggesting the corridor will primarily benefit the political and economic elites in those provinces at the expense of the rest of the country.

CPEC may also open Chinese personnel and investments in Pakistan to attacks from Uyghur or other Islamist militants based along the Afghanistan-Pakistan frontier. The threat of this scenario was underscored with the hostage taking of two Chinese language teachers in Quetta on May 24, and that threat exists despite Pakistani commitment to establish a special security division to protect CPEC infrastructure and personnel.

Further afield, increasing evidence of Uyghur militant links to Syria and Iraq—and involvement in terrorist attacks such as the August 30, 2016, suicide bombing of the Chinese embassy in Kyrgyzstan—underscore that the connectivity envisioned by BRI may in fact become a double-edged sword for Chinese interests.

The most surprising aspect of BRI, then, is how a famously risk-averse China, under Xi Jinping’s leadership, has embraced increased risks abroad in the service of assuring the “China Dream” of “great national rejuvenation” at home.

Michael Clarke is an associate professor at the National Security College, Australian National University. He is the author of Xinjiang and China’s Rise in Central Asia: A History and editor of China’s Frontier Regions: Ethnicity, Economic Integration and Foreign Relations.