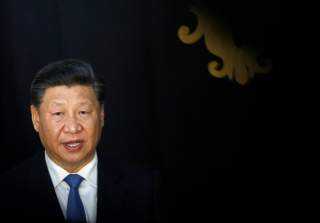 While tensions remain fraught between Washington and Beijing, the logic of China’s exercise of military power and its willingness to go to war, however, is more nuanced—and not necessarily direct. In any confrontation with the United States, Beijing’s strategy will include “creating sufficient doubt in the minds of American strategists” as to the likelihood of winning an armed conflict with China. In his book, On China, former Secretary of State Henry Kissinger concludes that rather than measuring success by the battles won, the Chinese are likely to measure success through “the means of building a dominant political and psychological position, such that the outcome of a conflict becomes a foregone conclusion.” By its own actions, for example, the United States has helped China all along by sowing doubt among nations in the Indo-Pacific as to Washington’s own commitment to the security and stability of the region.

Security cooperation between the United States and its allies are not intended to “contain China.” Rather, they are aimed to maintain a balance of power in the region to ensure regional stability and no one power overwhelmingly dominates the others. Whatever claims China has made to a “Peaceful Rise,” it is clear that “peaceful” is ringing somewhat hollow. Yet, American policies must not embark on a fool’s errand to “contain China,” which would be a “historic blunder.” Instead, the United States should continue to engage allies and friends to maintain a consistent and persistent presence—irrespective of the administration in place—as an expression of its resolve, unity, and commitment to security, peace, and stability in the Indo-Pacific region. As China continues its military buildup and modernization, the challenge for American negotiators is that intentions may change, but not capabilities. The fact that the United Kingdom is now seeking to establish military bases in Asia and the Caribbean reflect continuing concerns not only for the United States and the countries of those regions, but also those on the European continent.

In addition, the United States and its allies should firmly apply a unified front in pressuring China and engaging Beijing to respect global norms in areas such as trade, technology transfer, and intellectual property theft. In this regard, it is quite clear that China’s behavior in pursuit of its Made in China 2025 goals is not only a concern for the United States but also for other advanced economies. As China enters center stage, Beijing must recognize that in the long run it is in China’s interest as well.

In the broader scheme of things, China should measure its ideological priorities against its costs. If and when China and Taiwan unite, then it will be based upon mutual amity and the belief that it is in the interest of all Chinese people to do so—not through coercion and aggression.  Beijing cannot bend history to its will.

Professor Patrick Mendis is a foreign-policy analyst and the author of Peaceful War. Joey Wang is a defense analyst. Both are alumnus of the Kennedy School of Government at Harvard University.