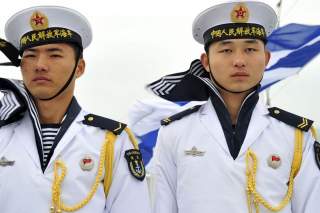 One question is foremost in the minds of observers of Chinese foreign policy these days: What is Beijing thinking?

Beijing seems intent on irritating or picking fights with most of its neighbors, while aligning itself with governments determined to upset the international legal order that China’s leadership says it supports. It would be hard to construct a foreign policy better designed to undermine China’s long-term interests.

For years, Beijing hewed to Deng Xiaoping’s admonition to “hide your strength and bide your time.” This was realized most famously by the “smile diplomacy” of the 1990s by which China reached out to countries throughout East Asia and sought to reassure them of its benign intentions. Beijing settled most of its land borders and worked to develop win-win solutions to problems to show its goodwill.

While Beijing’s rhetoric remains the same, its policy has become more pugnacious, with China taking overt steps to squeeze the Philippines out of contested territory in the South China Sea and pushing Japan to concede in a dispute over the Senkaku/Diaoyu islands. Apparently, however, picking fights with Manila and Tokyo wasn’t enough. Beijing added Vietnam to its list of adversaries with the gratuitous deployment of an oil rig to that country’s continental shelf earlier this month. And to compound the offense, Beijing dispatched dozens of vessels, including navy ships, to protect it, a significant escalation in the level of military involvement in territorial disputes.

That poke in the eye was preceded by the dispatch of Chinese ships to waters claimed by Malaysia, a misstep that was compounded by the brutish Chinese reaction to the search and rescue efforts for Malaysian Airlines flight MH370, which vanished with over 150 Chinese onboard. China also confirmed its claim to waters near Indonesia, pushing Jakarta off the fence and toward a harder position on South China Sea territorial disputes. And most recently, the media reports that Chinese boats are exploiting a South Korean Coast Guard distracted by the Sewol ferry disaster and fishing illegally in ROK waters during the lucrative blue-crab season.

In other situations, China is contributing to the erosion of the international order that provides the framework for the peace and stability it desires. Beijing continues to mouth platitudes when dealing with North Korea, pushing for a resumption of multilateral talks without taking steps that might help produce a change in Pyongyang’s behavior—such as vigorously enforcing United Nations Security Council resolutions. It has backed Russia’s meddling in the Crimea and Ukraine—seemingly backing calls for self-determination that go against Beijing’s interests in Taiwan—and seems intent on consolidating the relationship with Moscow. Meanwhile, China is fighting a rearguard action to maintain influence in Myanmar, even to the point of reportedly supplying weapons to rebel groups fighting the Naypyitaw government.

These decisions are troubling for outsiders, but they make even less sense given China’s domestic political backdrop. China faces mounting problems at home and needs a stable and peaceful international environment so that it can focus on those concerns. First, there is corruption, the scale of which makes it the chief threat to the legitimacy of the Chinese leadership. The Xi Jinping government is cognizant of that problem, but its anticorruption campaign threatens to divide CPC elites. Then there is the economy, which is slowing after decades of double-digit growth; it’s a much-needed corrective, but it comes amidst concerns about real-estate bubbles and an overexposed financial sector. Air, water, and soil pollution have reached levels that threaten the long-term viability of the state. Domestic terrorist incidents have exposed the dangers of Beijing’s heavy-handed policies toward its minority communities. The prospect of domestic instability—evident in the around 200,000 incidents of domestic unrest officially recognized each year by the Chinese government—is such that the budget for the People’s Armed Police is actually larger than that of the PLA. In this environment, Beijing’s desire to pick fights with so many of its neighbors is inexplicable.

Looked at individually, each of Beijing’s foreign policies makes some sense. The leadership must defend China’s territorial integrity, and that need is even more compelling in the face of rising nationalism. Longstanding relationships with Moscow and Pyongyang must be preserved. Stronger ties with Russia make sense given Beijing’s desire to promote multipolarity. And, to be fair, it is difficult for Beijing to control every decision regarding developments on its periphery; local actors are often autonomous. But cumulatively, these moves are a strategic disaster. Indeed, taken together it looks like there is no grand strategy.

Its relentless pursuit of territory in the maritime domain has hardened sentiment against China among its neighbors. ASEAN may still refuse to take a stand on the South China Sea, but the list of countries that are challenging Beijing on these questions now includes the major players in Southeast Asia. Concern about Chinese expansionism is provoking balancing behavior throughout East Asia, manifest in new defense-cooperation agreements and more defense spending. For Beijing, the most alarming development should be the readiness of most regional governments to strengthen ties with the United States and be more accepting of the U.S. forward presence in the region.

Why, then, does China stick to this course? Either no one in the upper echelons of the Chinese leadership sees the big picture—which is a very disturbing scenario—or no one in that leadership is prepared to question the wisdom of current policies, because the price of dissent is potentially too high. If true, that should be extremely worrying. That logic implies the momentum of current decisions cannot be diverted and confrontation, if not clashes, will follow.

There is only one convincing explanation for Chinese behavior: Beijing is trying to harvest a new source of energy to fuel its economy—capturing the power generated by Deng Xiaoping as he spins in his grave.