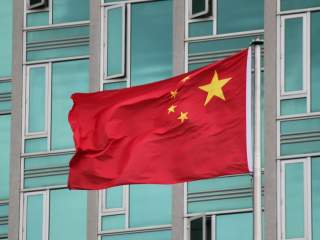 The HQ-9 missile launcher episode, which erupted barely a month ago, has somewhat subsided. But the long-term implications of this deployment should not be overlooked.

Beijing had parried accusations of militarizing the South China Sea (SCS), with Chinese defense authorities calling such deployments “lawful and reasonable development of defense facilities.” But how reasonable can such moves be, when it is plausible that the HQ-9 only presages what is in store for SCS peace and stability in the long run—that of a growing Chinese surface-to-air missile (SAM) threat in the disputed area?

A Strong Pretext for Beijing?

After the HQ-9 deployment emerged, Beijing justified its actions with American military activities which had taken place thus far, notably the B-52 strategic bomber flypast in late 2015 that came close to China’s artificial islands, which Chinese defense authorities condemned as a “serious military provocation.” But the PLA would have to contend with the frequent presence of U.S. Navy maritime patrol aircraft, a prospect which is further raised following an agreement to rotate P-8 Poseidon flights out of Singapore, as well as patrols by Washington’s allies including the Australians and Japanese.

The HQ-9 deployment is therefore a manifestation of Beijing’s pent-up frustration over such activities. Not backing down in the face of criticisms, not long after the HQ-9 deployment, PLA fighter jets deployed to Woody Island in a demonstration of Chinese resolve.

The “routine operations” by the John C. Stennis carrier strike group in the SCS and pledge to boost FONOPS shows that Washington has no intention to back down. This would inevitably prompt Beijing to carry through its promise of deploying “limited and necessary national defense facilities on its own territory,” in the words of Foreign Minister Wang Yi, who called it a “right granted by international law to sovereign states.”

To deal with pesky foreign surveillance planes, SAMs may provide the PLA more options and greater flexibility in calibrating its response—all at lower costs compared to having to scramble interceptors and burn expensive jet fuel.

Should the HQ-9 prove sufficient, then, interceptors need not scramble and engage in potentially dangerous encounters similar to the one in August 2014, in which a PLANAF J-11BH allegedly made threatening close-proximity passes during an intercept of a P-8 off Hainan Island.

With its approximately two-hundred-kilometer slant range, when placed on Woody Island, the land-mobile HQ-9 batteries would optimally provide air defense cover for the entire Paracel Island group. In times of peace, these missiles would give aircrews of foreign surveillance planes something to worry about, even when flying at high altitudes.

But using such high-performance SAMs against slow, lumbering maritime patrol aircraft would be overkill. A more plausible mission envisaged of the HQ-9 deployment would be to protect major PLA facilities in the Paracels against enemy air/missile strikes. As a reverse-engineered variant of the venerable Russian S-300, the HQ-9 may have a similar ability to deal with low-altitude threats such as cruise missiles.

Given its extensive coverage, besides providing localized air defense for the Paracels, the HQ-9 would pose a more immediate danger to Vietnamese aircraft operating in the vicinity, should another maritime standoff similar to the May 2014 episode over the Chinese oil rig HYSY981 erupt again. The HQ-9 would also frustrate Vietnam’s undersea operations, by making it difficult to neutralize the PLA Navy antisubmarine helicopter base on Duncan Island.

However, as it stands, HQ-9 on Woody Island would not be capable of covering most part of the SCS. But it would not be inconceivable for the PLA to deploy similar systems further south, to those artificial islands as some analysts have noted. The PLA may plausibly deliver these systems using large airlifters, such as the indigenous Y-20 expected to enter service this year.

Once disembarked, the batteries can be turned operational within a short time (setup and tear-down all within 5 minutes), much like Russia’s observed deployment of S-400 batteries (the improved follow-on of the S-300) to Syria via air transport, between November and December 2015.

In January of this year, Chinese civilian airliners landed on Fiery Cross Reef, where an artificial island and an airstrip had been built. The Y-20, and for that matter the airlifters in PLA service, have roughly the same size, and therefore similar radar signatures, as civilian airliners. This means that conceivably the Chinese could discreetly deploy mobile SAM batteries to these far-flung outposts, catching foreign intelligence by surprise.

Should Beijing decide to extend its SAM deployment to those artificial islands where airstrips were constructed, most of the disputed Spratlys group would effectively fall within the interlocking HQ-9 coverages. Given the exposed nature of these remote outposts and limitations of the PLA’s force projection capabilities, providing air defense coverage constitutes a strategic and operational imperative for Beijing.

But HQ-9 deployments to those SCS outposts would still generate a wide corridor of non-coverage—here referred to as the “HQ-9 gap”—between the two disputed island groups. Plausibly, the PLA Navy’s sea-based air defense coverage, in the form of Type 052C and 052D destroyers equipped with the so-called “Chinese Aegis” system and navalized HHQ-9 missiles, may compensate for that.

These interlocking land- and sea-based SAM coverages would threaten foreign aerial activities over the SCS, resulting in significant strategic ramifications to the SCS disputes, since the HQ-9 would allow the PLA to not just deter foreign aerial surveillance but also more effectively impose an air defense identification zone, should one be promulgated. Furthermore, HQ-9 deployment to the Spratlys could also bear a more insidious mission of supporting offensive operations, such as the blockade of rivals’ outposts in order to expel their garrisons.

The Second Thomas Shoal, on which the Philippines maintains a small marine garrison, would be imperiled, given that the Chinese have attempted to disrupt Philippine resupply missions. Philippine Air Force assets, including newly acquired FA-50PH Fighting Eagle fighters that will first be based out of Clark Air Base and subsequently in Subic and Pampanga, near the disputed waters, do not have the wherewithal to effectively counter this threat.

Hence, the HQ-9 deployment to Woody Island marks the beginning of a credible Chinese SAM threat in the SCS. This is especially so if manifested in an elaborate, multilayered, integrated network that includes radars, interceptors, and land-mobile and sea-based HQ-9. Even if the HQ-9 is not permanently deployed, the Chinese can deploy it rapidly at the onset of tensions in preparation for war.

For now, the PLA has yet to push the envelope by deploying the HQ-9 in the Spratlys, though it has demonstrated its ability to do so if necessary. “Chinese Aegis” may also not be capable of maintaining a twenty-four-hour standing patrol to fill the “HQ-9” gap, thus in a way limiting the effectiveness of interlocking Paracels-Spratlys land-based SAM coverages. But this could change, as the PLA is obviously aware of the HQ-9’s limitations.

It is clear that the PLA is already heavily invested into enhancing its land-based air defenses, especially after Beijing inked a deal with Moscow in December 2015 to purchase the S-400, which has double the range of the HQ-9. This more capable SAM would be delivered to Beijing within the twelve to eighteen months after the signing of the contract, and could lead to two plausible outcomes.

First, the Chinese may deploy the S-400 to the SCS. Second, it may reverse-engineer the system for wider PLA service. Should this happen, the Chinese SAM threat in the SCS would magnify. The potential introduction of S-400 or Chinese variants in the future would minimize the “HQ-9 gap” and provide a more extensive coverage over the SCS.

While corrosion from sea air had been earlier touted by some analysts as a possible technical limitation of the HQ-9, the same may not apply to the S-400. Clearly, the S-400 is built to operate in a marine environment, as indicated in February 2011, when Moscow announced that it would deploy the missile to the Kuril Islands, whose status it disputes with Japan.

That said, unlike aviation assets which could abandon the exposed Spratlys airstrips in the event of bombardment, these land-based SAM batteries could come under constant pressure from enemy suppression of enemy air defenses (SEAD) efforts. At present, Southeast Asian air forces generally muster limited SEAD capabilities. Hanoi and Kuala Lumpur for instance possess the Kh-31 missile (NATO code-name AS-17 Krypton) which also comprise the antiradar variant (the Kh-31P) that homes in on emissions from SAM targeting radars.

However, the Kh-31P has a range of no more than 110 kilometers, meaning that the aircraft launching the missile would have to enter the engagement envelope of the HQ-9, and risks being shot down first. “These highly capable systems are not invincible, but require significant investment into specialised capabilities to defeat them—prohibitive losses in aircraft and aircrew otherwise might occur,” Carlo Kopp once wrote.