China's Military Power Is Growing: What Should America Do about It? 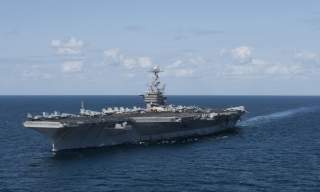 TNI's Managing Editor, Harry J. Kazianis, speaks with national-security expert Robert Haddick about his new book Fire on the Water: China, America and the Future of the Pacific.

Editor's Note: The following is an excerpt from Mr. Haddick's latest TNI article, "The Real U.S.-China War Asia Should Worry About: The 'Range War.'" The full article can be read here.