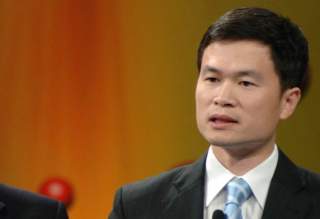 The public’s confidence in China’s stock market is at an all-time low. Firms and individuals were fined two billion yuan last month for “manipulating the market,” the president of a state-owned securities firm hanged himself as a result of the probe, and one of the most successful fund managers was arrested by the police, and his office was raided. As government intervention in markets deepens in China, investor participation and trust continue to fall.

Last week’s appointment of Fang Xinghai as vice chairman of the China Securities Regulatory Commission was perceived as a good thing by financial observers in China and beyond. Fang, who is also a senior adviser to Chinese President Xi Jinping, has a Ph.D. in economics from Stanford University and a widely accepted reputation as a reformer. He is seen by many as the right man to ensure that the Chinese government will finally let market forces play a more “decisive” role in the economy.

In reality, Fang will disappoint. Fang’s reputation as a reformer is erroneously based on his “track record” in Shanghai, when from 2007 to 2013 he led the Shanghai government’s Financial Service Office—the city government’s arm overseeing Shanghai’s financial sector. To transform Shanghai into a successful global financial hub, Fang’s recipe was to use the city’s own resources to boost the growth of financial corporations owned by the local government.

Fang’s strong belief in the participation of government in finance is well documented. Speaking to China’s financial policy makers at a forum in 2011, Fang publicly sought the support of his peers for his pro-government funding approach: “With the economy growing so fast, and the financial sector being so profitable, how can we not participate in it?” And he did, rather actively. In 2009, his office started to manage the Shanghai government’s financial assets which totaled more than two trillion yuan. While Fang controlled over a dozen Shanghai-based financial corporations, he wanted more. The Shanghai government did profit copiously under Fang’s watch, but it came at the cost of eliminating market competition and hampering the growth of private financial corporations. Without a level playing field, there will never be real financial growth for Shanghai—or for China.

Fang was not subtle in his manipulation of Shanghai’s finances. In 2011, his office signed three-year “responsibility contracts” with the state-owned and Shanghai-based financial corporations it controlled. Written in the contracts were specific operational targets such as revenues, profits, and even national rankings.

Underlying Fang’s approach to governance is an unyielding disbelief in free market shared by Chinese policymakers. Though Western-trained, Fang told Newsweek in 2009 that he thought “China isn’t ready for a democratic free-market system.” Instead, he wholeheartedly embraced the status quo: “Whatever our system is, it is suitable for China.” It apparently didn’t occur to Fang that China’s system could finally run out of steam—certainly not after his much-flaunted “success” in Shanghai.

In 2013, Fang recommended himself to President Xi Jinping as someone who could improve the country’s financial development “at the national level.” The fact that Fang was elevated to the national level means that China is still adhering to an old system that no longer works. After almost four decades of economic reform, the legacy of command economy is still looming large in China. While this approach has orchestrated some booms, it cannot sustain them. Fang Xinghai’s appointment is a signal that the Chinese government will continue to undergo a lot more financial suffering before considering the adoption of a free-market economic system.

Weifeng Zhong is a research fellow in economic policy studies at the American Enterprise Institute.