China's New 'Silk Road' Is Based on Its National-Security Agenda 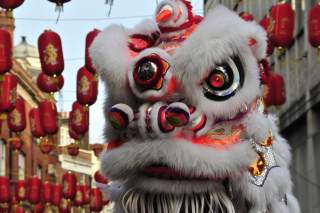 Trump’s trip to Europe has several stops. Still, his travels might be light on substance. That’s all right. He’ll be back. In fact, there is likely to be a significant uptick in the transatlantic dialogue. And there is likely going to be another item added to the agenda: China.

The president’s first foreign-policy excursion (after visiting the Middle East) takes him to Europe. This clearly signals that the Asian “pivot” policy is in the past.

That doesn’t mean there will be any slackening in America’s seventy-year commitment to fostering peace, security and prosperity in the East. It’s just that the new administration recognizes America has critical interests in Europe and the Middle East as well. Those interests are under assault in all three regions, and one can’t be prioritized over the other. In fact, they are interconnected.

That said, the European portion of Trump’s trip seems pretty modest. He will hobnob with the pope, then participate in opening the new NATO headquarters in Brussels (where he may roll out the results of the U.S. policy review on the way forward in Afghanistan). In Sicily, the G-7 Summit looks like a nothingburger, though Trump will likely hold some important bilateral discussions on the sidelines.

The goals of the trip appear to be pared back to match the reality that the administration hasn’t had the time or personnel to completely fill out its foreign-policy agenda. Clearly, the White House has sent every signal that NATO and Europe remain important to U.S. security—and no sign that the U.S. will be limp-wristed in dealing with Putin. After a recent high profile visit to the White House, the Russian foreign minister walked away with nothing more than vague promises of better relations and a long to-do list for the Kremlin to cleanup its act in Ukraine and Syria.

The list of what the U.S. and the Europeans have to work on is piling up. The future of the Iran Deal, the ongoing crisis in Ukraine, trade, refugees, the fight against ISIS and Al Qaeda, and the Paris Climate Agreement are all hot button issues. Then there are the emerging challenges, such as the trouble brewing in the Balkans. Further, in the wake of the French elections, there is still debate to be had over the role of nationalism in the transatlantic community.

Added to this messy mix of issues is the topic few are still talking about—the dragon in the room.

Until recently, Europeans didn’t seem to have much curiosity in the fractious relationship between the United States, a long-standing Asia-Pacific power, and an emerging China. In capitals from Brussels to Berlin and Oslo to Athens, if there was interest at all over Beijing, it was about doing business in China or getting Chinese investment in Europe.

Lately, Europeans are starting to see China as not just a checkbook, but as a player that is becoming more strategically relevant to Europe.

For starters, Europeans are just beginning to come grips with the realization that China’s “One Belt, One Road” may be more than just an economic opportunity. The ambitious mix of economic, infrastructure and diplomatic initiatives—paired with a maritime road from the South China Sea to the Port of Piraeus—aims to create a new “silk road” from Yiwu in central Zhejiang Province to Madrid, Spain.

Increasingly, it is clear that Chinese ambitions now go far beyond just clearing a trade route. Beijing is building a naval base in Djibouti to help overwatch its expanding global network. The Chinese are also shifting resources into their “gator navy”—a mix of maritime forces that could potentially be deployed to protect their sea lines of communications. Meanwhile, China continues to expand its military influence into the Indian Ocean.

Put it all together, and it’s clear that China is shifting from a remote presence to (A) a neighbor whose sidewalk extends to Europe’s front door and (B) a significant player in the global commons that Europeans previously plied without much likelihood of ever crossing paths with a Chinese frigate.

In addition, Chinese influencers are increasingly popping up across the European landscape. Confucius Institutes, an ambitious Chinese soft power initiative, have been established all over the world, in partnership with local universities. Meanwhile, Beijing’s Foreign Ministry has established cultural centers offering language and cultural programs in Europe. According to report by the China Policy Institute, Europe “hosts 7 centres with locations in Paris, Malta, Berlin, Moscow, Madrid Copenhagen and Brussels.”

What has caught the attention of most European observers, however, is China matching its cultural activities and economic influence in Europe with increasing demands for political and diplomatic influence—particularly in central Europe. “Beijing is pledging tens of billions of dollars of investment and aid and signing major cooperation agreements with everyone from the Republic of Georgia to Romania to Belarus, and in the process is gaining political influence and beginning to reshape the geopolitics of the region,” scholar Paul Coyer wrote in 2015, “This influence will come at the expense both of Russia and of the West.”

Recently, Dragan Pavlićević, a visiting research fellow at the National University of Singapore’s East Asian Institute, dismissed the notion that Beijing’s multifront engagement represents any kind of serious strategic threat to in Europe. He did, however, acknowledge: “that is not to say that there are not any legitimate concerns about the economic, political, and geostrategic consequences of China’s engagement,” in the region. Indeed, several observers of European politics worry that the Europeans seem ill-prepared and slow to engage with the stealth onslaught of Chinese influence.

The United States has its own challenges in moderating the competition between American interests in the Asia-Pacific region and Beijing’s long-term strategy for securing China’s place in the world. And the United States has to address that competition in the context of also dealing with the threats to peace and stability in Europe and the Middle East.

In dealing with all these challenges, Washington, DC would benefit from a deeper dialogue with European capitals on joint assessments and approaches to understanding and managing Chinese influence in the West. China ought to be a more prominent topic in transatlantic conversations.