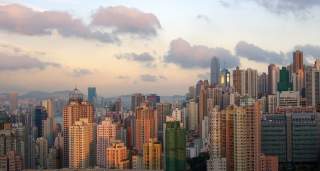 Now that China’s legislature has acted, it is clear that most citizens of Hong Kong will have little to say anytime soon about who can campaign for their city’s top political post, despite Beijing’s previous hints and promises to the contrary. The question they now face is what to do about it.

There are no easy answers. The choices range from angry mob protests to supine acceptance, but none guarantee serious progress toward the kind of local democracy that the most dedicated political activists have been seeking. No wonder those who consider themselves pan-democrats, as opposed to reliable followers of the Chinese Communist Party line, seem both defiant and depressed as they ponder the near future.

Yet, however discouraging the situation may seem for those who want to defend and expand Hong Kong’s many civil rights, it is not completely hopeless. The two leading options both allow for marginal advances toward free elections that meet international democratic standards, though major gains won’t result anytime soon. The Beijing decision made clear that true local democracy can’t happen before the central government shows more political pragmatism and tolerance than it has so far; to date, Chinese president Xi Jinping seems to find compromise a sign of weakness and has no time for such things.

The quandary results from an August 31 decision of the National People’s Congress, the compliant Chinese legislature that exists to validate prior decisions the ruling party makes in secret. It authorized universal suffrage for the 2017 election of Hong Kong’s next chief executive, head of the territory’s administration. On the surface, this was a great step forward for a populace that spent 150 years ruled by British colonial governors “parachuted in” from London and never had a popular vote for any top office. At the same time, however, the NPC added key restrictions: only “two or three” candidates will be allowed, and anyone listed on the ballot must first win a majority vote of approval from a special 1200-member election committee in Hong Kong dominated by compliant Beijing loyalists—a provision meant to ensure that all contenders follow the mainland’s lead on important matters. NPC members who nominally represent Hong Kong were among those dutifully voting to restrict political choices in their home town.

The NPC decision followed many months of consultation, confrontation and agitation about how to organize future elections. Since the 1997 handover of colonial Hong Kong to mainland sovereignty, three chief executives have been chosen for five-year terms by small committees of local worthies who mostly represent business groups and others who endorse mainland opinions, often for commercial reasons, rather than political beliefs. None—including incumbent C.Y. Leung—have been popular. But four years ago, China said universal suffrage could be introduced for the first time in 2017, with details to be worked out later. (It also said reforms might be allowed—though not promised—for the 2020 election of the seventy-member Legislative Council (LegCo), but not for the next LegCo vote in 2016.)

This is the “one country, two systems” method designed thirty years ago, when the British and Chinese drafted terms for the subsequent handover. Now called a special administrative region, Hong Kong falls under mainland sovereignty with defense and foreign policy handled by Beijing. But Hong Kong citizens are supposed to administer local affairs “with a high degree of autonomy,” free of mainland meddling. They received written guarantees that their many civic freedoms would be protected, such as a free press and an independent judicial system based on British common law that imports some judges from overseas. This system is supposed to last at least until 2047.

Once universal suffrage in 2017 seemed likely, political activists known collectively as pan-democrats intensified their lobbying for terms that would abolish the special election committee and allow direct public participation in choosing candidates. But this ran into two problems. First, the Basic Law—Chinese legislation that serves as Hong Kong’s de facto constitution—states explicitly that a “broadly representative” election committee must select the candidates, a view held binding by (among others) Hong Kong’s nonpartisan and independent bar association. Second, and most important, the Chinese Communist Party is deeply suspicious, if not paranoid, about any political process that it might not control. Thus, party officials from early days made clear they would not permit primary elections or any system that bypassed the special committee.

But there were other options. For example, Anson Chan—the Hong Kong government’s former number-two official and a leading advocate of greater democracy—and others proposed revising the election committee to make it truly “broadly representative”, which at present it is not. They also proposed that any contender who won a sizable committee vote (perhaps 15 percent of the total) could be on the ballot. This would have preserved the committee form cited in the Basic Law, as Beijing insisted, while making it easier for someone from the democratic camp to be included. But Beijing gave a firm “no.” Citing somewhat bogus reasons of sovereignty and national security, the NPC decreed that only “a person who loves the country and loves Hong Kong” can be eligible, code for rejecting anyone who might resist party guidance. For example, the Chinese Foreign Ministry claims some Hong Kong activists “collude with external forces” (notably the United States and Britain) “to subvert and infiltrate the mainland.”

So what comes next? To put universal suffrage in place, the Hong Kong government must write specific election laws that conform to mainland guidelines. These must then win a two-thirds majority vote in LegCo, followed by final approval from the NPC’s key Standing Committee. Otherwise, the current system remains in place, meaning only the current committee’s 1200 members can vote for the next chief executive.

One choice for the pro-democrats would be to accept the NPC outline and work to improve the details. They could press for a broadened membership in the next election committee by, for example, replacing members who represent agriculture and fisheries—negligible sectors of the modern Hong Kong economy—with professionals more attuned to international practices. They could insist that anyone wishing to stand for high office must first publicly debate the issues before the committee makes its final two or three choices, preventing a secret process dominated by vested interests. Rita Fan, a staunch Beijing loyalist who is Hong Kong’s only member on the NPC’s Standing Committee, has said pan-democrats “who are not on the front line” might be included because “we don’t find all of them unacceptable”.

The result would be a one-person, one-vote election for an important office, something impossible anywhere else in China. The chosen candidates might all be deemed risk-free by party bosses in Beijing, but they would not be identical. Experience suggests they could have major differences on basic issues such as education, health care, taxation and pensions, things the public cares about deeply.  Such an election, however constricted, could still have significance and set an example for the mainland that some Beijing officials already find uncomfortable. Moreover, Chinese officials have hinted election terms could be “improved” later if all goes well in 2017, though Hong Kong’s democrats understandably remain skeptical.

The democrats have an important weapon if they choose this path—that of rejecting what the central government handed down. They hold twenty-seven LegCo seats, more than a blocking third, and could scuttle the proposed system, leaving the current one in place. All twenty-seven have promised to vote “no”—with some already promising to boycott any negotiations about new election laws—though Hong Kong officials will try to lure enough defectors to prevent rejection. They would instead keep agitating for reforms that meet international norms of democracy.

And they also have a weapon called “Occupy Central with Love and Peace,” a threatened mass protest designed to shut down the business center until the central and local governments agree to compromise. But this somewhat disorganized plan never offered much chance for real success, and enthusiasm for it has waned since the NPC acted. It’s not likely that the general public is ready to support any large, long-term protest rally, for its law-abiding citizens generally shun protests that might turn violent. In addition, Beijing officials have hinted they’ll send in the army if chaos ensues and no one wants that.

Those are the main choices: accept the proffered outline and try to improve it, or reject it outright and campaign for more serious reform in the indefinite future. Neither is attractive.

With a bit of flexibility and tolerance, Beijing could have avoided the whole thing and gained in the process. Despite official Chinese invective, the pro-democrats are not rabble-rousers or potential traitors; they’re mostly middle-class professionals who believe, with justification, that the city can manage its own affairs quite well. They know that continued prosperity demands close and comfortable relations with the mainland. Even if a radical candidate got on the ballot, the city’s rather conservative voters would almost certainly pick someone able to get along with the center, rather than risk damaging Hong Kong as a global financial center. The winner of a more diverse election could claim a legitimate public mandate, unlike the three previous chief executives.