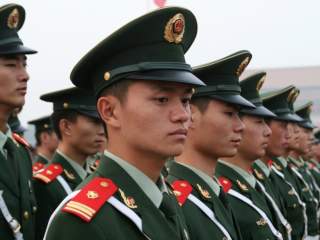 Yan Xuetong is one of China’s most influential scholars of international relations. The director of Tsinghua University’s Institute of International Studies, he has just published The Transition of World Power: Political Leadership and Strategic Competition. Even if one believes, as many observers in the United States and China do, that his views are more “hawkish” than those of the center of gravity within China’s elite, they merit careful consideration—two, in particular.

First, while most analysts of U.S.-China relations focus on the gaps between the two countries’ economic strength and military capabilities, Yan believes it is the differential between their respective networks of partnerships that will be most decisive in determining the course of their relationship. He has become increasingly critical of its nearly thirty-five-year-old commitment to a nonalliance principle. In a November 2011 article, he maintained that “the core of competition between China and the United States will be to see who has more high-quality friends”; he accordingly urged his country “to develop more high-quality diplomatic and military relationships than Washington.” In a recent interview with the New York Times, he concluded that China’s enduring insistence upon a nonalliance principle “comes from not seeking truth from facts”—specifically, “years of propaganda criticizing alliances as part of a Cold War mentality.” It is natural, Yan believes, for the United States to rebalance to the Asia-Pacific region, both to affirm its longstanding alliances and to incent potential Chinese allies to join U.S.-led economic, diplomatic and military arrangements.

He warns, however, that the more encircled China feels, the more likely it will be to act in a destabilizing manner. But if, in attempting to preempt such a response, the United States decelerates the rebalance, it could cede critical strategic leverage in the Asia-Pacific. It has already given its allies reasons to question both its ability and willingness to accord singular priority to the region: among them, its preoccupation with the Middle East for much of the first decade of this century, the collapse of Lehman Brothers and the ensuing financial crisis, and the multiple occasions on which the United States has come to the precipice of default. There could come a threshold beyond which the intersection of allied doubts and growing Chinese heft could compel China’s neighbors to “choose” China over the United States as their most consequential long-term partner—less out of strategic preference than of perceived imperatives.

The United States has no incentive to diminish the strength of its alliances in the Asia-Pacific; China has every incentive to build alliances in the region (Yan says it presently “has only one real ally, Pakistan”); and China’s neighbors, especially the smaller among them, seek to postpone indefinitely having to choose between the two. The only evident arrangement that reflects these three realities is one in which the United States and China continue to build new institutions that are open to each other as well as China’s neighbors. The United States should encourage Chinese participation in negotiations over the Trans-Pacific Partnership and make an earnest effort to engage with the Asian Infrastructure Investment Bank; China should take parallel steps. Globally, the two countries should complement their encouraging partnership to tackle climate change with a comparably ambitious initiative to collaborate on infrastructure development projects in Latin America, sub-Saharan Africa and Central Asia.

Yan’s second, more provocative insight is that U.S.-China relations would improve if they admit to being unalloyed competitors. He notes, paradoxically, that U.S.-China relations declined after Xi Jinping replaced his initial proposal of "healthy competition” as a guiding framework with the widely discussed “new type of great-power relations.” Yan suspects that when the two countries “define the nature of their relationship as competition rather than cooperation, they have lower expectations of the other’s friendly actions and higher tolerance of the other’s hostile actions. Thus both sides will be cautious about provoking the other side and will avoid allowing conflicts to escalate to disaster.” But the Economist offers a compelling counterargument: “The inevitable rivalry between America and China is liable to be safer if it is drenched in bromides about how the two countries need not be rivals at all.” The risk of total candor is that it could become an alibi for reckless, reciprocal provocations that culminate in their abandoning even the pretense of shared interests and becoming permanent antagonists. The risk of conscious self-deception, meanwhile, is that the desire to maintain a favorable façade can overtake the imperative of stable relations, thereby increasing the possibility that suppressed yet manageable differences explode unexpectedly, out of all proportion to their initial strategic significance.

That U.S.-China strategic competition is intensifying is self-evident. Less noted is that as the renminbi gains traction, and as China slowly but decisively undertakes to rebalance its economy towards a more consumption-driven model, the principal phenomenon that has constrained it to date—deep, multifaceted economic interdependence—is likely to erode. While mulling Yan's counsel is unlikely to stem that erosion, doing so could help the United States and China achieve a more sustainable strategic equilibrium.

Ali Wyne is a nonresident fellow at the Atlantic Council and a fellow with the Truman National Security Project.