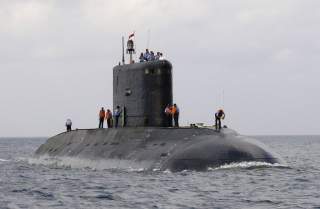 After a brief respite, the South China Sea cauldron is starting to boil once again. This time, the hub-bub concerns not a close call between aircraft, nor dueling flotillas of coast guard vessels surrounding a mysterious oil exploration rig, nor the precarious resupply of a rusted out hulk of a ship grounded purposefully on an obscure reef

Rather, the current frenzy among journalists, strategists, and now legislators concerns a variety of new structures that Beijing has undertaken to build up in and around its occupied reefs in the Spratlys. These structures will likely include an airfield.

While this recent construction makes for interesting satellite photos, the impact on the actual naval balance of power seems quite minimal: limited to perhaps somewhat improved Chinese surveillance in the southern part of the South China Sea.

However, Beijing already enjoys relatively plentiful sources of intelligence regarding “maritime domain awareness” in this sensitive, contested domain, so the actual change is minimal. Lest anyone get too excited, all these reefs (and related structures) are easily turned into “glass” by any reasonably modern military power in the age of precision-guided weapons.

A rather more significant alteration in the local balance of power may result from the operational readiness of Vietnam’s new fleet of Kilo-class conventional submarines. This weapon system is sufficiently potent, and the order of six boats from Russia is sufficiently large, that this deployment over the next year (particularly in light of Vietnam’s historically weak maritime forces) could hypothetically alter the balance in the South China Sea quite dramatically.

This edition of Dragon Eye will explore a February 2015 analysis concerning Vietnam’s deployment of the new Russian-made submarines that appeared in the Chinese naval-affiliated magazine 舰船知识 [Naval & Merchant Ships], published by the China State Shipbuilding Corporation, an entity very much involved in China’s on-going naval modernization. I have commented on the China-Vietnam military balance before, so this effort may form a modest update of sorts.

This Chinese analysis notes at the outset that the Vietnamese Navy is totally lacking in experience with “large type conventional submarines,” including not only their operations, but also their logistics and maintenance requirements. In a passage that might be termed condescending, the author writes: “… if [the submarine] is not used properly, not only will it become useless in combat, but [this lack of proficiency] can seriously threaten the lives of the whole crew.”

Given China’s own ample experience purchasing Russian Kilo’s during the 1990s, it is not surprising that Chinese naval analysts demonstrate an intimate knowledge regarding the processes and challenges involved with molding these particular imported boats into a credible fighting force.

Three crucial steps are described in the process: crew training, pier-side exercises and at sea exercises. It is noted that long before crews gathered to train that Vietnamese specialists were studying the production processes at the fabrication facilities in St. Petersburg.

Pier-side exercises also involve a theoretical component, followed by work with simulators, and then finally by drills aboard the boat to familiarize personnel with all the submarine’s complex systems. Since “… in the process of receiving the submarine [from Russia], there is simply not enough time to test all areas completely … problems with equipment may arise later. These problems should gradually be discovered in the course of at sea drills …”

A focus of the Chinese analysis is the projected basing plan for the new Vietnamese submarines. The old Russian base at Cam Ranh Bay [全兰湾] is viewed as the most logical location. It is noted that back in the Cold War Soviet nuclear submarines and large sized surface vessels commonly visited Moscow’s “largest foreign base,” so that the infrastructure should be quite adequate. According to this analysis, a digitized submarine training center became operational in April 2013. Hundreds of Russian technicians apparently worked on the setup of the facility that may house 30 different simulators.

An interesting segment of the Chinese analysis attempts to outline five possible ways that Hanoi might deploy its new force of submarines. First, it is noted that Vietnam has a long tradition of employing frogmen (特种作战) that goes back to operations against U.S. Navy ships back in the Vietnam War.

Second and more importantly, the Russian boats are viewed as playing a major deterrence role (威摄行动). “… [I]n the big ocean it could be very difficult to find these quiet submarines … Therefore, other countries will not generally risk sending surface ships into such sensitive waters and so these measures might achieve the goal of deterrence.”

A third method of employment is described as “ambush operations” 伏击作战. Here, it is suggested that the Vietnamese Kilos might lurk off an adversary’s ports and it is further asserted: submarines are quite an ideal weapon to support Vietnam’s “intention … of realizing an ‘反介入战略’ [anti-access strategy].”

At the same time, the analysis holds that, despite this newly potent submarine force, Hanoi, will not be capable of “sustained offensive operations,” since any given “submarine’s weapons load out is limited …” Nevertheless, a fourth suggested mode of employment would be undertaking blockade operations (封锁作战).

According to this analysis, the Vietnamese submarine force could realistically strive to “destroy an adversary’s sea lanes of communication” within 5-6 years. “The newest Vietnamese naval plans … [suggest] that in the event of a China-Vietnam naval clash … [Vietnam] will undertake to blockade the sea lane through the Malacca Strait.”

A fifth and final method that this Chinese naval analyst expects from the Vietnamese submarine force is to seek “local superiority” (局部优势作战). This will be feasible now, because Vietnam’s new submarine force “will have a certain scale.”

To cope with this perceived threat, the Chinese Navy has moved aggressively to field a light frigate, the type 056, of which at least 17 are now in Beijing’s arsenal. This Chinese analysis highlights that the first type 056A “三门峡” [Sanmenxia], hull number 593, was commissioned in November 2014. As this version is newly equipped with a towed-array sonar system, it is quite clear the ship’s primary purpose is anti-submarine warfare (ASW).

This article suggests that two more type 056As were launched at the end of November. No wonder Jane’s has concluded that “Beijing is ramping up at feverish pace its effort to address [Anti-Submarine Warfare]…”

China’s new maritime patrol aircraft, the Gaoxin-6, is also said to be a critical asset for coping with the Vietnamese submarine threat. Along with Chinese submarines lurking near Vietnamese naval bases, as well as intelligence provided by China’s robust system of surveillance satellites, this Chinese analysis also highlights China’s new undersea surveillance system. The fixed bottom listening arrays that are now confirmed to have been deployed in the South China Sea are said to be “世界先进水平的” [on par with the world’s leading systems] and also to have experienced “突破行发展” [breakthrough development].

Overall, this article is representative of the tone of Chinese naval writings about Vietnam and the South China Sea more generally. It reflects ample concern, to be sure, but there is also a serene and perhaps even disturbing confidence that China has the situation in hand.

During the spring 2014 “oil rig crisis” in the South China Sea, Hanoi and Beijing seemed to lurch ever closer to a major clash of arms. Such a clash would inevitably be a disaster for both countries, and for the Asia-Pacific more generally. We may hope that the collapse of world oil prices will help to cool tensions in the South China Sea cauldron for a while longer.

But rather than seeking to take advantage of these still obvious tensions, Washington should be grasping for all possible diplomatic opportunities to promote restraint, including especially facilitating confidence building measures, as well as urging serious bilateral negotiations, not just to manage, but to actually resolve these thorny issues.

Editor’s Note: The following is part twelve of a new occasional series called Dragon Eye, which seeks insight and analysis from Chinese writings on world affairs. You can find all back articles in the series here.