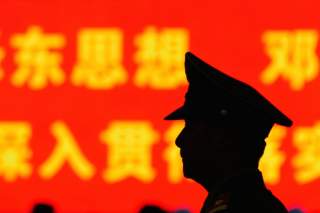 Chinese intelligence operations have long been regarded as mysterious and unfamiliar to those who witnessed the East-West intelligence contest across the Iron Curtain. The mystery remains in part because of a reluctance to examine the available record closely. Chinese officials and citizens engage all kinds of activities that can be viewed as intelligence work—from stealing intellectual property, to surveilling students to organizing overseas Chinese communities to covert influence to recruiting sources. But only some of this activity comes back to the intelligence services, the Chinese organizations charged with supporting the leadership’s information needs.

The U.S. espionage cases centered around Larry Wu-Tai Chin (arrested 1985), Kuo Tai-Shen (arrested 2008) and Glenn Duffie Shriver (arrested 2010) offer a window into the conduct of Chinese clandestine agent operations. They demonstrate China’s capability and highlight the Chinese use of the traditional tools of espionage that are shared among most of the world’s intelligence services involved running human intelligence operations. In many respects, the Chinese are not so different.

Larry Wu-Tai Chin was recruited by Chinese intelligence while he was working for the U.S. mission in Nanjing prior to the formation of the People’s Republic of China in 1949. Chin continued to report to Chinese intelligence for almost forty years until his arrest in 1985. For most of this time, he worked as a translator in various capacities, such as for the U.S. Army in Korea helping with prisoner interrogation and later at the Foreign Broadcast Information Service. Chinese intelligence may have paid him over a $1 million, but the amount of money was difficult to track through Chin’s rundown rental properties and frequent gambling. Throughout the operation, Chin made several surreptitious trips into China via Hong Kong for meetings and to be recognized for his reporting. When Chin was ready to pass documents onward, he would mail a letter to an accommodation address in Hong Kong and that would signal a follow-on meeting at a preset time in Canada, where he would pass the documents to a courier.[1]

Kuo Tai-Shen was a naturalized U.S. citizen and Louisiana-based furniture salesman who was recruited in the 1990s during one of his frequent business trips to mainland China. Although Kuo had access to some political circles in Taiwan through his marriage, he had no direct access to U.S. government information. His handlers in 2PLA encouraged to develop contacts in the U.S. Department of Defense, and he successfully recruited James Fondren and Gregg Bergersen to spy for China. Fondren was a retired military officer who returned to work for the U.S. Pacific Command office in Washington, DC, after working as a consultant whose primary client was Kuo for whom he wrote assessments of U.S. policy. Bergersen worked for the Defense Security Cooperation Agency, and he provided classified information to Kuo on U.S. arms sales to Taiwan thinking that Kuo worked for Taipei. Kuo persuaded Bergersen that they should set up an arms export business once he retired to sell military-related components to Taiwan. 2PLA met Kuo exclusively inside China, but did provide him with courier and tried to teach him how to communicate discreetly via email.[2]

Glenn Duffie Shriver was a recent university graduate in China when he was spotted by Chinese intelligence, probably the MSS, through an essay contest on U.S.–China relations. His case served as the primary source material for the FBI’s instructional video, “Game of Pawns.” The contest was a gimmick intended to draw out individuals who might have long-term intelligence value to Chinese intelligence. Shriver met roughly twenty times with a younger case officer and at least one or two others after the first approaches in 2004. He was arrested in the summer of 2010 on his third attempt to join the U.S. national security establishment, this time at the Central Intelligence Agency. He had applied twice previously to the U.S. Department of State, but failed to pass the foreign service examination with sufficiently high marks. For his attempts to join, Shriver was paid $70,000. Shriver never met Chinese intelligence officers outside of China, and he used only email rather than any special equipment for communication.[3]

Second, Chinese intelligence demonstrated operational tradecraft and exploited traditional motives like greed. The classic formulation of motivations for espionage is M.I.C.E., which stands for the following: money, ideology, coercion (or compromise) and (ego or excitement). The conventional wisdom about Chinese intelligence officers is that they did not like to recruit people with the vulnerabilities normally preyed upon by intelligence services. Mr. Chin, however, clearly demonstrates someone with venality and other unsavory traits, despite his protestations that he was trying to assist the progress of U.S.–China relations.

Third, potential Chinese agents do not need to have direct access to sensitive or desired materials, just a willingness to make attempts to acquire them. Although present in these cases, this feature is most notable in the context of Chinese intelligence operations against Taiwan. Most of China’s recruited Taiwanese agents have been government or military retirees or businessmen (no known cases involve China recruiting a Taiwanese woman), who then go back to the island to pump their former colleagues and classmates for information.

Fourth, Chinese intelligence handled all of these agents from within China. These were not case officers operating abroad. Some signs point to Chinese intelligence services running more clandestine agent operations outside China and meeting agents in third countries. The overwhelming share of Chinese espionage cases, however, were managed entirely by China-based case officers, involving foreign residents of China or frequently travelers back and forth. This suggests Beijing probably has a decent picture of how foreigners think about China, but a relatively poor one about how foreign governments approach other areas in the world. While that might have been acceptable decades ago, Beijing’s far-flung interests and the global reach of Chinese businesses means that China has stakes in events that once were of little consequence.

The facts of Chinese espionage paint a familiar, or at least understandable, picture of how China’s intelligence services support the needs of the policymakers they serve. If any caveat needs to be raised about Chinese intelligence operations, then it is the fact that China runs multiple professional systems to handle a range of duties including covert action or influence, acquiring foreign scientific knowledge, surveillance of overseas Chinese, and different aspects of intelligence. Some overlap exists between the agencies involved, and they provide the illusion of an amorphous mass of collectors vacuuming up information wherever it is. There is, however, a method to the madness, and the Chinese intelligence challenge can be clarified through diligent research and investigation.

Peter Mattis is a Fellow in the China Program at The Jamestown Foundation and author of Analyzing the Chinese Military (2015). He is currently completing two book manuscripts on Chinese intelligence operations.