China’s Overseas Basing: Will the PLA Follow the Renminbi? 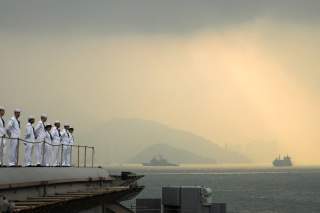 Recent media reports suggesting that China may soon open a second overseas military base, to be located in Pakistan, raise the question: where will it end? Will China follow other great powers, which garrisoned forces in large numbers to protect their commercial empires, or will its global military footprint be smaller? While China may open additional naval facilities to support its overseas interests, high costs and limited benefits impose constraints on developing a larger U.S.-style network of bases. However, the People’s Liberation Army (PLA) will play an increasingly visible role in and beyond Eurasia, through deployments and diplomacy. This means that the United States will have to continually reevaluate its own military partnerships in the region.

More Pearls on the String

In the mid-2000s, U.S. and Indian analysts began discussing a notional Chinese “String of Pearls” strategy, anticipating that Beijing would use commercial investments in ports throughout the Indian Ocean region and beyond to support operations in a crisis or war. Rejected at the time by Chinese officials as a product of foreign-threat inflation, the thesis has been somewhat borne out by recent developments. In August, China established its first overseas base in Djibouti, sitting astride a key maritime “chokepoint” linking the Mediterranean Sea and the Indian Ocean. More recent media reports indicate that China has made progress towards a second base, to be located on Pakistan’s Arabian Sea coast near the Iranian border.

These facilities provide a number of clear-cut strategic and operational benefits, including reducing the costs of long-range Chinese naval deployments, such as those that have been allocated to anti-piracy patrols in the Gulf of Aden since 2008; acting as hubs through which mass evacuations of Chinese citizens can be conducted, a need highlighted by the evacuation of Chinese nationals from Libya in 2011 and Yemen in 2015; providing increased protection of China’s extensive energy import routes, which are vulnerable to interdiction in critical locations such as the Strait of Hormuz and the Strait of Malacca; and serving as places from which Chinese intelligence operators can monitor civilian and military activities, likely a mission of PLA units in Djibouti.

A broader “String of Pearls” strategy, including bases in places like Namibia or Sri Lanka, could provide similar benefits, assuming that status of forces agreements could be worked out with host governments. Additional bases would also likely be supported by China’s naval establishment. Of all the services, the navy has most actively embraced a mission of protecting China’s overseas interests, a burden formally placed on the PLA by the Chinese Communist Party in 2004 under a rubric known as the “new historic missions.” One of the key criteria for promotions in the navy—an indicator of the service’s priorities—is overseas experience, especially in the Indian Ocean region. The reason for the navy’s enthusiasm is relatively straightforward: missions in distant regions will require more funding to produce large surface vessels, such as aircraft carriers and supporting ships.

The question, however, is whether China’s forward bases will evolve beyond a handful of naval outposts. In a 2007 report, Andrew Krepinevich and Robert Work made a useful distinction between expeditionary and garrison models of overseas bases. For most of the nineteenth century, the United States relied on naval stations in places such as Brazil and the West Indies to protect critical trade routes. It was not until after World War II that Washington developed a global network of army garrisons and air bases, involving hundreds of thousands of personnel at the height of the Cold War. Even after the post–Cold War drawdown, the United States still maintains some eight hundred facilities, both small and large, around the world. The PLA’s navy-centric model of forward bases looks far more similar to the limited U.S. deployments of the nineteenth century than the current U.S. posture.

From a warfighting perspective, there is little need for the PLA to establish large overseas garrisons. Most of the combat missions assigned to China’s military are in areas adjacent to China itself, such as Taiwan, the Korean Peninsula, the South China Sea, or the disputed trans-Himalayan border region shared with India. The creation of a system of five regional operational commands arrayed against cross-border threats, part of recent Chinese military reforms, underscores the reality that the PLA’s combat focus will continue to be on China’s near abroad. Moreover, as Christopher Yung has argued, limited bases suitable for peacetime or nontraditional security operations may not have the defenses and logistics necessary to support major combat operations.

Yet the expansion of China’s overseas commercial interests, especially along landlocked economic corridors being constructed as part of the Belt and Road Initiative (China’s $1 Trillion plan for Eurasian infrastructure development), could lead to a greater demand for PLA air force and ground force deployments. These forces could be used to quickly respond to a number of contingencies in which Chinese and foreign workers are threatened, such as terrorist incidents, civil strife, or natural disasters, and to protect China-funded projects. Forward deployed PLA units may also help provide general stability in critical regions, especially when host country forces are unable to protect Chinese interests.

Nevertheless, there are several reasons why Beijing may not pursue a more comprehensive U.S.-style basing posture. First is the PLA’s limited capacity: occupied with challenges in China’s immediate neighborhood, the PLA may not wish to commit resources to activities in distant regions on a large scale. The army, despite providing personnel for UN-sponsored peacekeeping operations, remains focused primarily on warfighting and deterrence missions (though may be garrisoned at China’s overseas naval bases in small numbers to provide security and other services, if needed); recent major cuts to army force structure could also limit its ability to sustain forward deployments. This is to say nothing of the financial costs of operating overseas bases (likely an issue in an era of declining PLA budget growth).

Second is that PLA deployments often aren’t needed to protect overseas Chinese interests in the first place. Dangers resulting from civil unrest or small-scale terrorist incidents in places like Pakistan’s Baluchistan province can be handled in ways short of PLA involvement. Those include greater reliance on Chinese and foreign private-security companies, reaching agreements with host nations to provide personnel and site protection (such as Pakistan’s allocation of around twelve thousand army personnel to protect Chinese assets), and civilian law enforcement cooperation with partners in areas such as counterterrorism and counternarcotics. In times of serious unrest, Chinese embassies could also evacuate Chinese nationals without relying extensively on nearby PLA capabilities. In 2011, for instance, some thirty-five thousand Chinese workers were evacuated from Libya primarily through chartered ships and aircraft.

Third is that Beijing continues to rely on the U.S. military to guarantee stability in regions central to Belt and Road investments. One example is Afghanistan, where Chinese strategists have worried about a rapid drawdown of U.S. forces (knowing that the PLA is unwilling or unable to fill the vacuum), since such an outcome could threaten China’s investments in both Afghanistan and neighboring Pakistan. Beijing also derives benefits from U.S. counterterrorism operations in the Gulf region, to the extent that they help create a more secure regional environment for Chinese investments and reduce the prospects for radicalized militants to travel to and stage attacks in China itself.

Fourth, Beijing continues to oppose extending reciprocal security guarantees to partner states. U.S. military forces are often welcome (or tolerated) abroad because of decades-long alliance commitments: the bargain is that you will host us, and we will help guarantee your security. Yet despite the admonitions of some Chinese scholars that China needs to develop its own alliances, those proposals have gone nowhere because Beijing fears being entangled in other country’s domestic and foreign woes. This allergy to alliances raises the question of which countries would welcome Chinese “boots on the ground,” if those forces are there only to protect Chinese interests. Lack of alliances would likely also limit China’s ability to use bases in neutral countries to support combat operations in a military conflict.

Thus, China may neither want nor be able to move from a “String of Pearls” expeditionary basing model to a larger U.S.-style garrison mode for some time; this could leave the U.S. military with the world’s most extensive basing arrangements (even as debates continue about whether the United States should close some or many of its overseas outposts).

Even if China retains a limited overseas basing posture, there is no question that the PLA will continue to expand its Eurasian presence in other ways. Cooperative military activities, such as high-level counterpart visits, combined training exercises with partners, security assistance programs, and a role in UN-sponsored peacekeeping operations, will all expand along with growing Chinese economic and diplomatic interests. This could precipitate a range of regional reactions. Some states could respond by trying to play Washington and Beijing against each other to extract the best deals; others will desire to avoid being caught in the middle of a U.S.-China competition for influence; still others, such as India, will see Chinese military presence, in whatever form, as a strategic challenge and may call for closer security ties with the United States. Hence, as the Trump administration refines its Indo-Pacific strategy, it will have to consider how military partnerships can be revised and updated for a new era.